people religious would convey but a faint idea of the deep hue of piety and devotion which pervades the whole of their conduct. Their honesty is immaculate; and their purity of purpose and observance of the rites of their religion are most uniform and remarkable. They are certainly more like a nation of saints than a horde of savages.

So they were described in Captain Bonneville's narrative after his visit in 1834.

They were first officially noticed in the report of the Indian Commissioner for 1843, where they are described as "noble, industrious, sensible," and well disposed toward the whites, while "though brave as Caesar," the whites have nothing to dread at their hands in case of their dealing out to them what they conceive to be right and equitable. — (14 Ann. Rep. Bur. Ethn., p. 712.)

About the middle of the last century their chief was Himnaton-Kalatkit (Thunder-rolling), known more generally as Chief Joseph.

He was a splendid example of the best type of Redman, of superb physique, clinging to the ancient way, beloved by his people, feared by his enemies and, as it proved, a leader of tremendous power and resource.

In 1877, after they had sustained innumerable encroachments and flagrant violations of their treaty, a quarrel broke out between them and the whites and an Indian was killed.

Chief Joseph restrained his men and appealed for justice. For reply a band of whites raided the Indian reservation, ran off their cattle and killed the Indian in charge. So the war broke out. The first three fights were defeats for the whites, but more troops were soon rushed up. Joseph had barely one hundred warriors and three hundred and fifty helpless women and children. General Howard was behind him. General Miles in front, Colonel Sturges and the Crows ..text continues 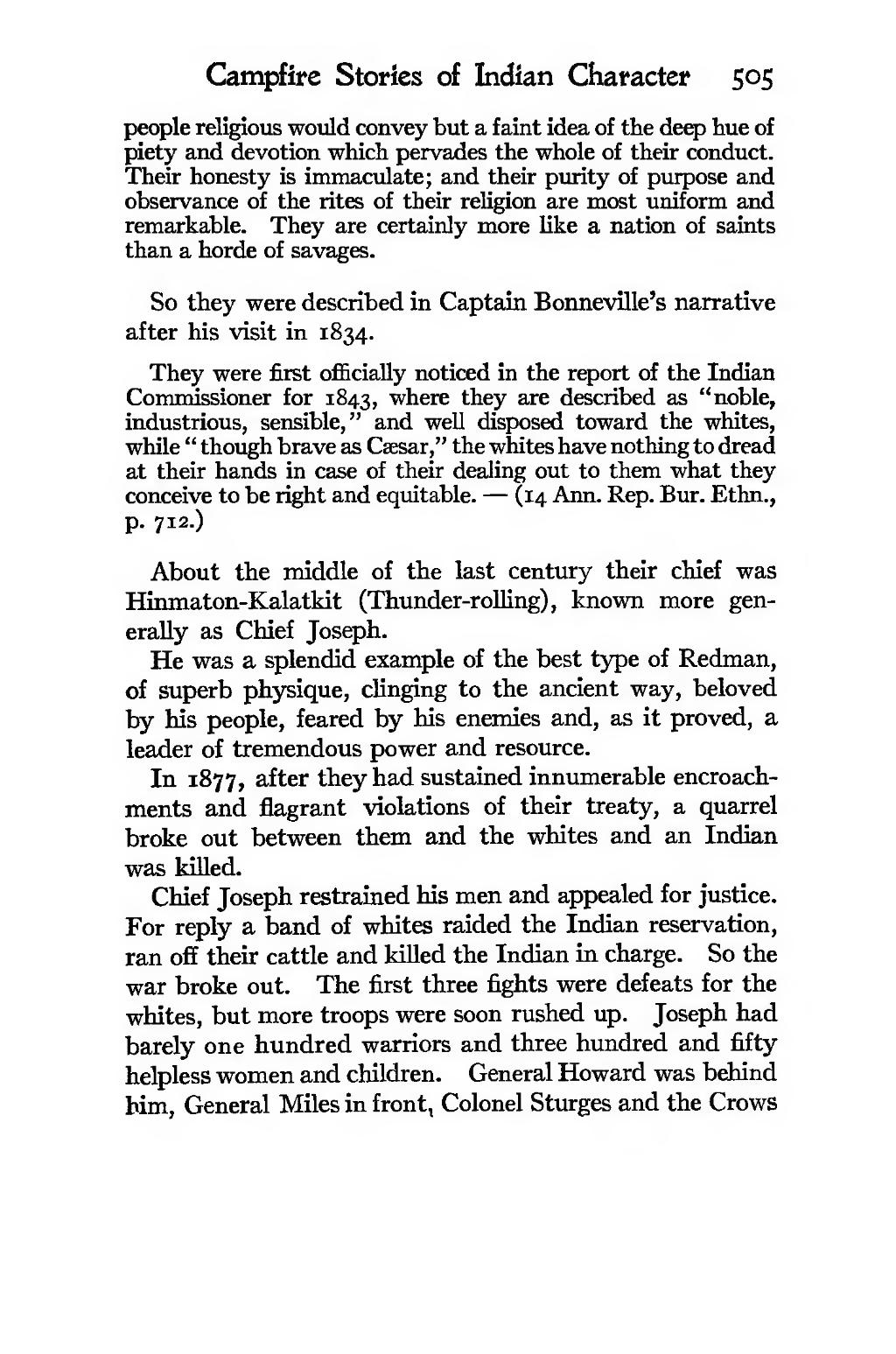