chiefly of a ceremonial dance. The doctrine taught the same code as the Ten Commandments, but especially forbade drinking, gambling and horse-racing. — (14 Ann. Rep. B. A. E., p. 706.)

In 1885 the local Indian agent, Patrick, wrote in a curiously superior vein of this ancient faith revived.

These Indians are chaste, cleanly, and industrious, and would be a valuable acquisition to the Prairie band if it were not for their intense devotion to a religious dance started among the northern Indians some years since. This dance was introduced to the Prairie band about two years ago by the Absentee Pottawatomies and Winnebagoes, and has spread throughout the tribes in the agency. They seem to have adopted the religion as a means of expressing their belief in the justice and mercy of the Great Spirit and of their devotion to him, and are so earnest in their convictions as to its affording them eternal happiness that I have thought it impolitic, so far, to interfere with it any further than to advise as few meetings as possible and to discountenance it in my intercourse with the individuals practising the religion. It is not an unmixed evU, as, under its teaching, drunkenness and gambling have been reduced 75 per cent., and a departure from virtue on the part of its members meets with the severest condemnation. As some tenets of revealed religion are embraced in its doctrines, I do not consider it a backward step for the Indians who have not heretofore professed belief in any Christian religion, and beheve its worst features are summed up in the loss of time it occasions, and the fanatical train of thought involved in the constant contemplation of the subject. — (Comr., 6.) (Mooney's "Ghost Dance Religion," 14 Ann. Rep. B. A. E., p. 706.)

CHIEF JOSEPH HINMATON OF THE SAHAPTIN OR NEZ PERCES

They [Nez Perces and Flat-heads] were friendly in their dispositions, and honest to the most scrupulous degree in their intercoiurse with the white men. … Simply to call these ..text continues 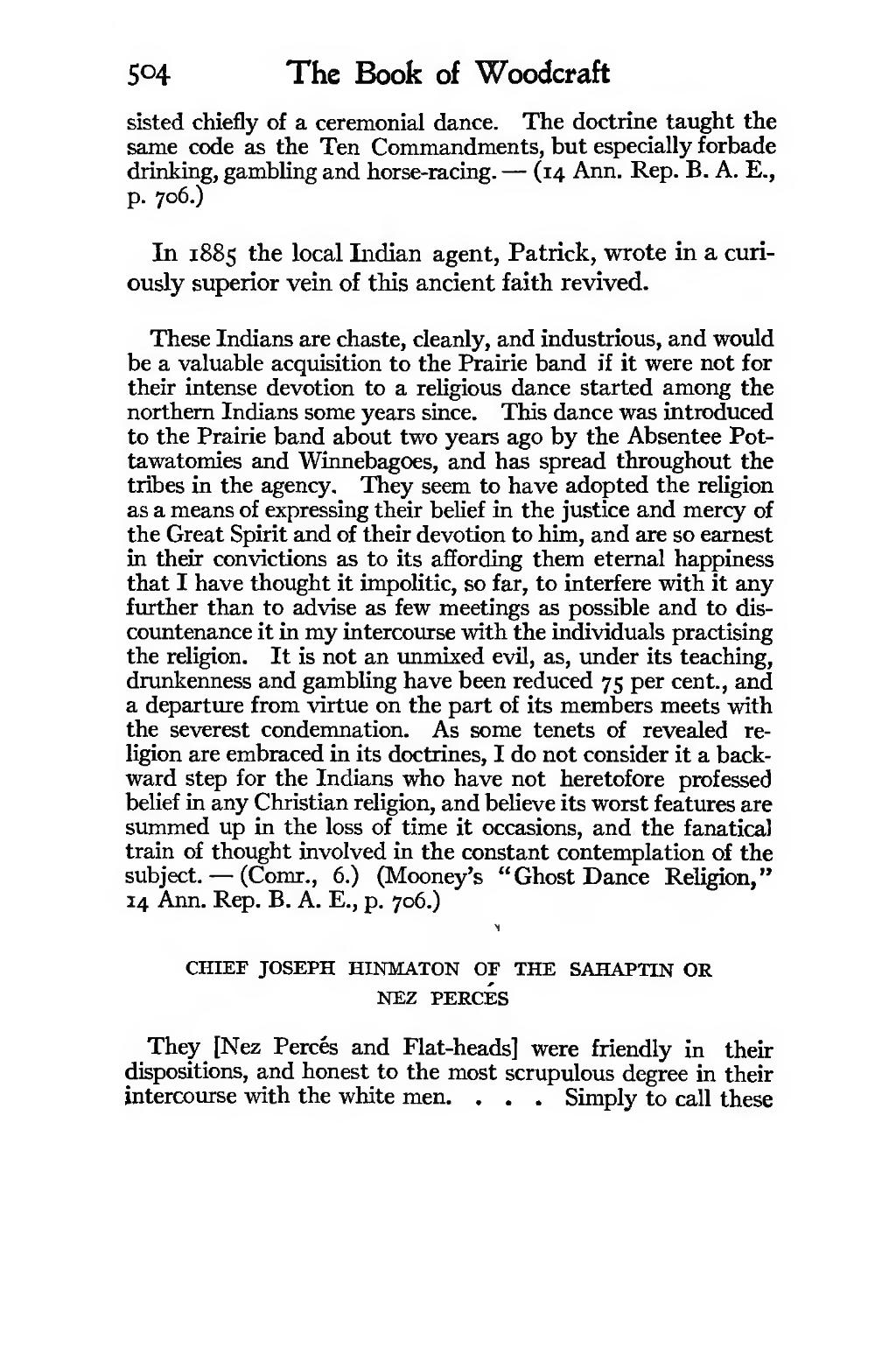