on his flank. He was obliged to retreat, and did so for one thousand miles. "A retreat worthy to be remembered with the story of the Ten Thousand."

After four months his starving band of warriors, now reduced to half, surrendered to General Miles on condition of being sent back to Idaho in the spring.

It was promised Joseph thai he would be taken to Tongue River and kept there till spring and then be returned to Idaho. General Sheridan, ignoring the promises made on the battlefield, ostensibly on account of the difficulty of getting supplies there from Fort Buford, ordered the hostiles to Leavenworth … but different treatment was promised them when they held rifles in their hands. — (Sutherland, i.)

Seven years passed before the promise was kept, and in the meantime the band had been reduced by disease and death in Indian Territory from about 450 to about 280.

This strong testimony to the high character of Joseph and his people and the justice of their cause comes from the commissioner at the head of Indian affairs during and immediately after the outbreak:

I traveled with him in Kansas and the Indian Territory for nearly a week and found him to be one of the most gentlemanly and well-behaved Indians that I ever met. He is bright and intelligent, and is anxious for the welfare of his people. … The Nez Perces are very much superior to the Osages and Pawnees in the Indian Territory; they are even brighter than the Poncas, and care should be taken to place them where they will thrive. … It will be borne in mind that Joseph has never made a treaty with the United States, and that he has never surrendered to the government the lands he claimed to own in Idaho. … I had occasion in my last annual report to say that "Joseph and his followers have shown themselves to be brave men and skilled soldiers, who, with one exception, have observed the rules of civilized warfare, and have not mutilated their dead enemies." These Indians were encroached upon by white settlers on soil they believed to be their own, and when these encroachments became intolerable they were compelled, in their own estimation, to take up arms. " — (Comr. 27a.) 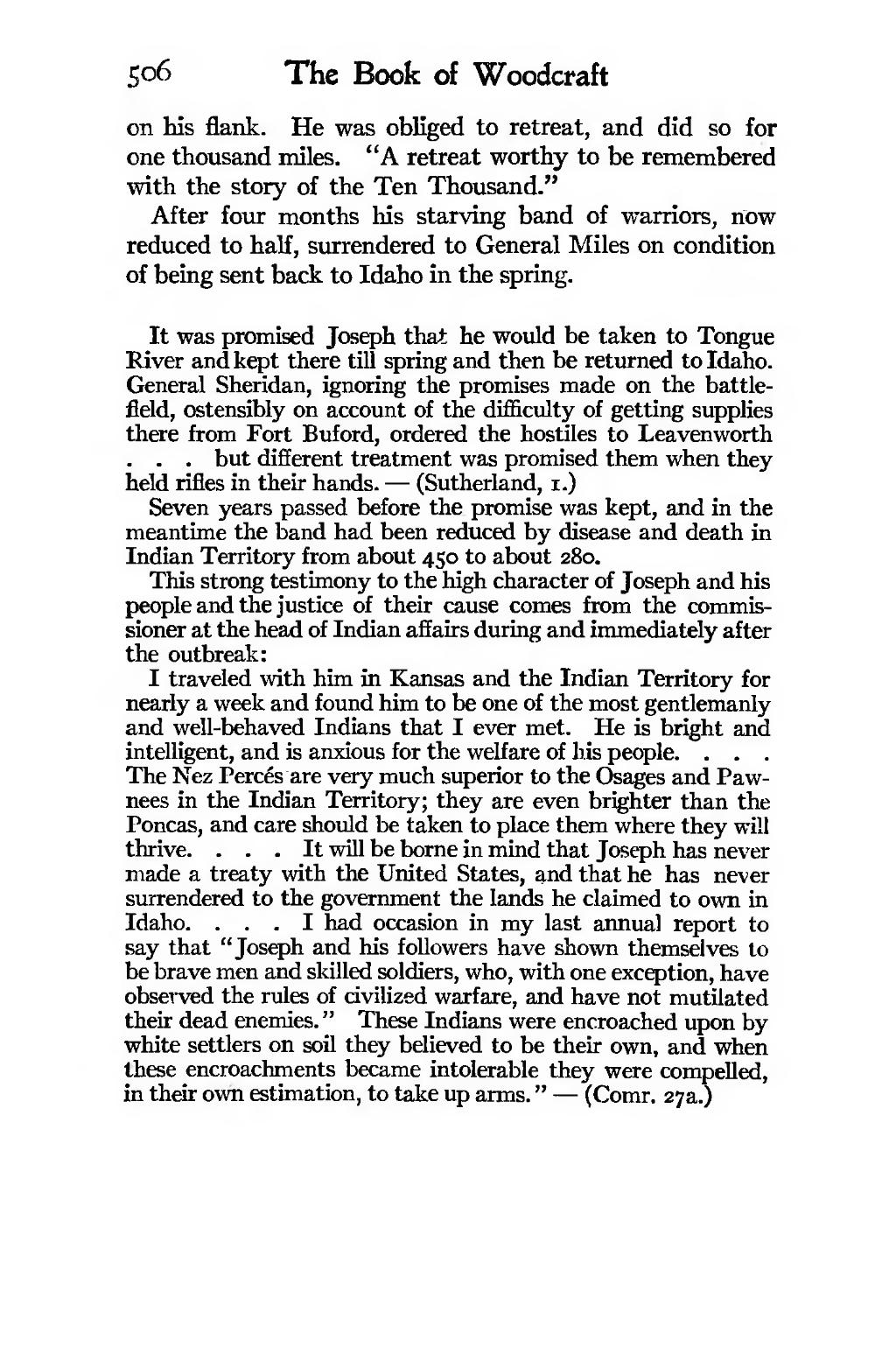