And right in the middle of the feast, the dreadful news was carried by a flying Night-bird.

There was mad haste to escape, and only two ways were open. One was to get across some big stream, and the other was to hide in a cave underground. The birds took the first way, and the Brownies the second. Every Wood-chuck den was just packed with Brownies within a few minutes. But the busy Brownie who was chief steward and had charge of the feast, had no idea of leaving all the good things to burn up, if he could help it. First he sent six of his helpers to make a deep pit for the big Mecha-meck, and while they did that he began hiding all the dishes in the ground. Last he dug some deep holes and quickly buried all the crinkle salads; then he ran for his life into a cave.

The raging fire came along. It is too horrible to tell about, for it was sent by the Evil One. The lovely woods were left black without a living thing. But the very next day, Mother Carey and Mother Earth and El Sol, set about saving the wreck, and in a marvellously short time actually had made it green again. The mayflowers came up a second time that year, the violets came back, and in each place where the Brownies had hid a salad there came up a curious plant that never had been seen before. It had three saw-edged leaves and a long wand, much like the one carried by the Chief Steward. I never was able to find out his name for sure, but I think it was Trileaf or Three-leaves. Anyway, if you dig under his sign and sceptre wand, you will surely find the salad, and very good indeed it is to eat; it was not hurt in the least by the fire. 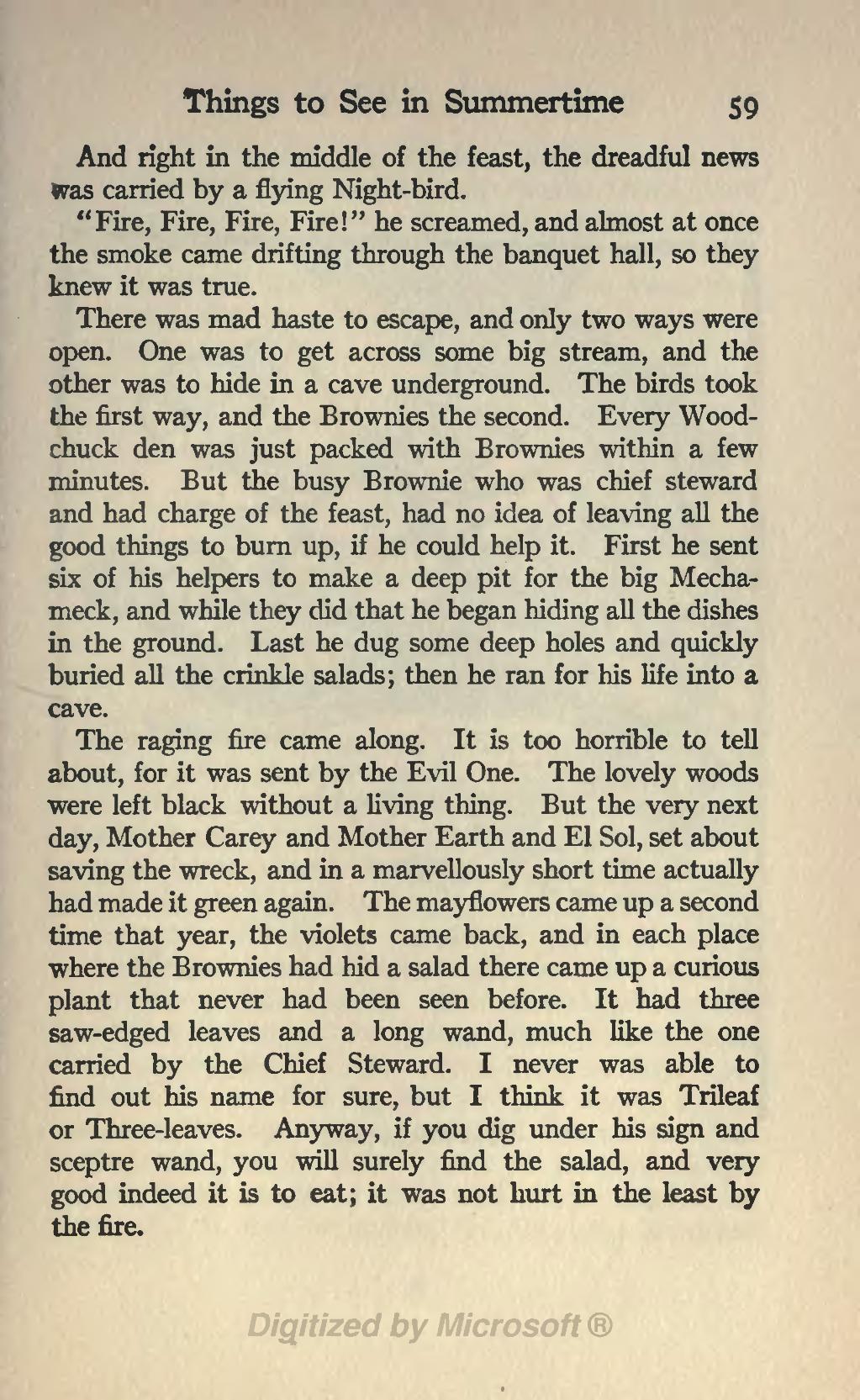