But from that day, the Brownies have been very shy of feasting during dry weather in the woods. They generally have their banquets now in some meadow, and afterward you can tell the place of the feast by the circle of little toadstools called fairy rings. For you know that wherever a Brownie sits, a toadstool must spring up for him to sit on.

That fearful time when the forest fire set all the Brownies busy burying their food and dishes at the feast-hall, you remember it took six of them to carry and hide the Mecha-meck. For it is a large fat white root as big as a baby, and sometimes it has arms or legs, so that when Monapini told Ruth Pilgrim about it she called it "Man-of-the-earth."

You remember that the busy Brownie hid all the Crinkle salads, and so saved them; and most of us have found the Crinkleroot and eaten it since. But how many of us have found the Mecha-meck? I know only one man who has. We call him the Wise Woodman. He found and dug out the one from which I made the picture. It was two and a half feet long and weighed fifteen pounds — fifteen pounds of good food. Think of it! Above it and growing out of its hiding place was a long trailing vine that looked like a white morning-glory. There is always one of these over the Mecha-meck. And by that you may find it, if you look along the sunny banks outside of the woods. But still it is very hard to find. I never yet got one, though I have found many of the crinkle-root salads. Of course, that is easy to explain, for the busy Brownies ..text continues 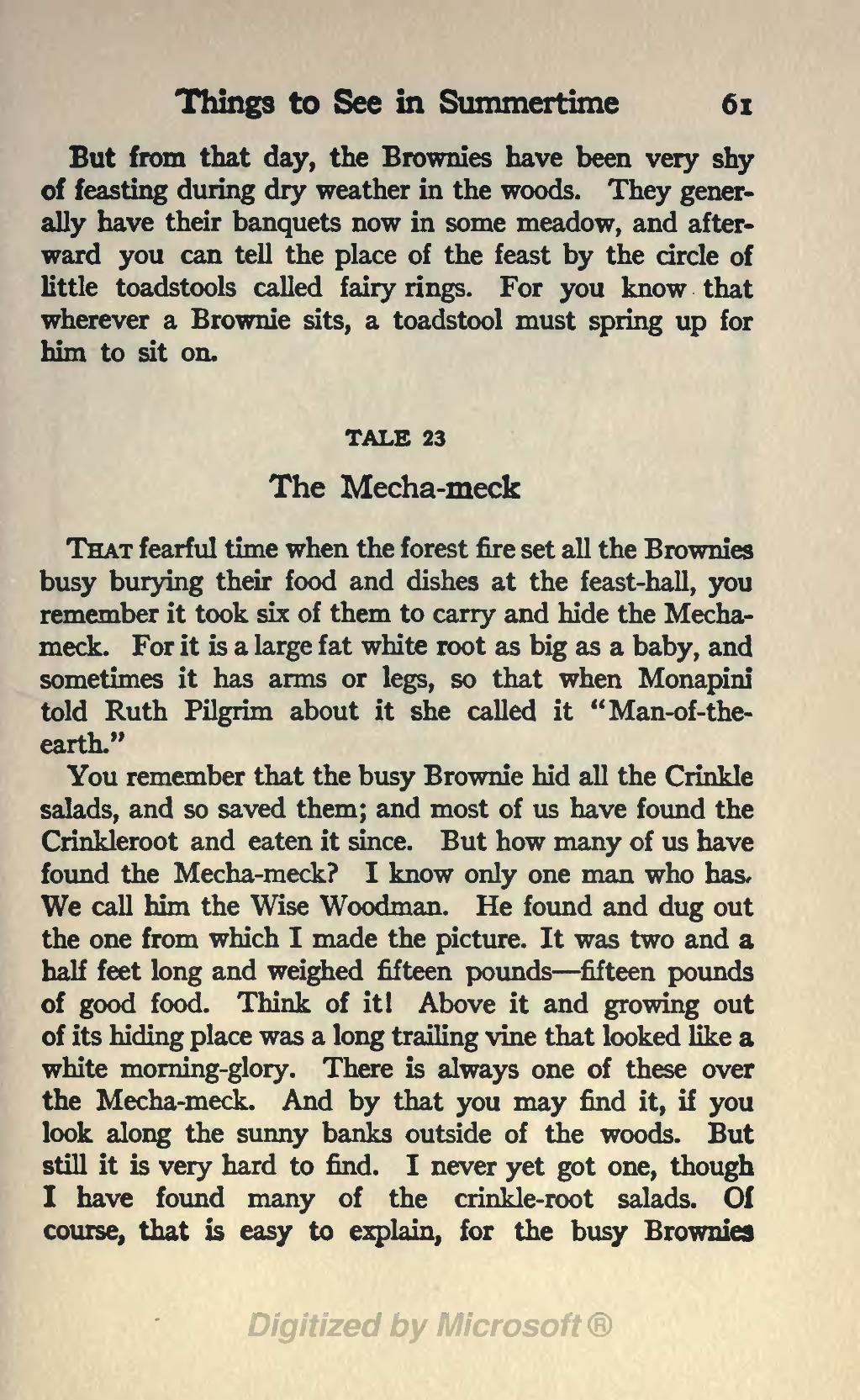