whose flat umbrellas made a perfect roof, rain or shine. The Bell Bird, whose other name is Wood Thrush, was ringing his bell, and calling all the Chief Brownies by name.

A hundred glow worms were told to hurry up with their lights and be ready for that night, and busy Brownies gathered good things from woods and waters, for the feast.

May Day came bright and beautiful. The busy ones had all the "eats" in the Mandrake Hall, the glowworms were sleeping soundly to fill their storage batteries ready for the night. It made the salamanders' mouths water to see so many good things; but they were not asked, so stayed away. There were dewdrops in acorn cups, and honey on the wax. There were clam shells piled up with red checkerberries, and caddis worms on the half shell, with spicebush nubbins. A huge white Mecha-meck was the chief dish, with bog nuts on the side. There were lovely long crinkle salads. And last, there were gumdrops from the sweet birch, while at each place was a pussy willow to dust the food over with golden pollen that gave it a pleasant peppery tang. All the guests were there, and the feast was nearly over, when a terrible thing took place!

Of all the dreaded happenings in the world of beauty there is nothing else so feared as the forest fire. There is not much danger of it in springtime, but it is possible at any season, after a long dry spell. Words cannot tell of the horror it spreads, as it comes raging through the woods destroying all beautiful living things. 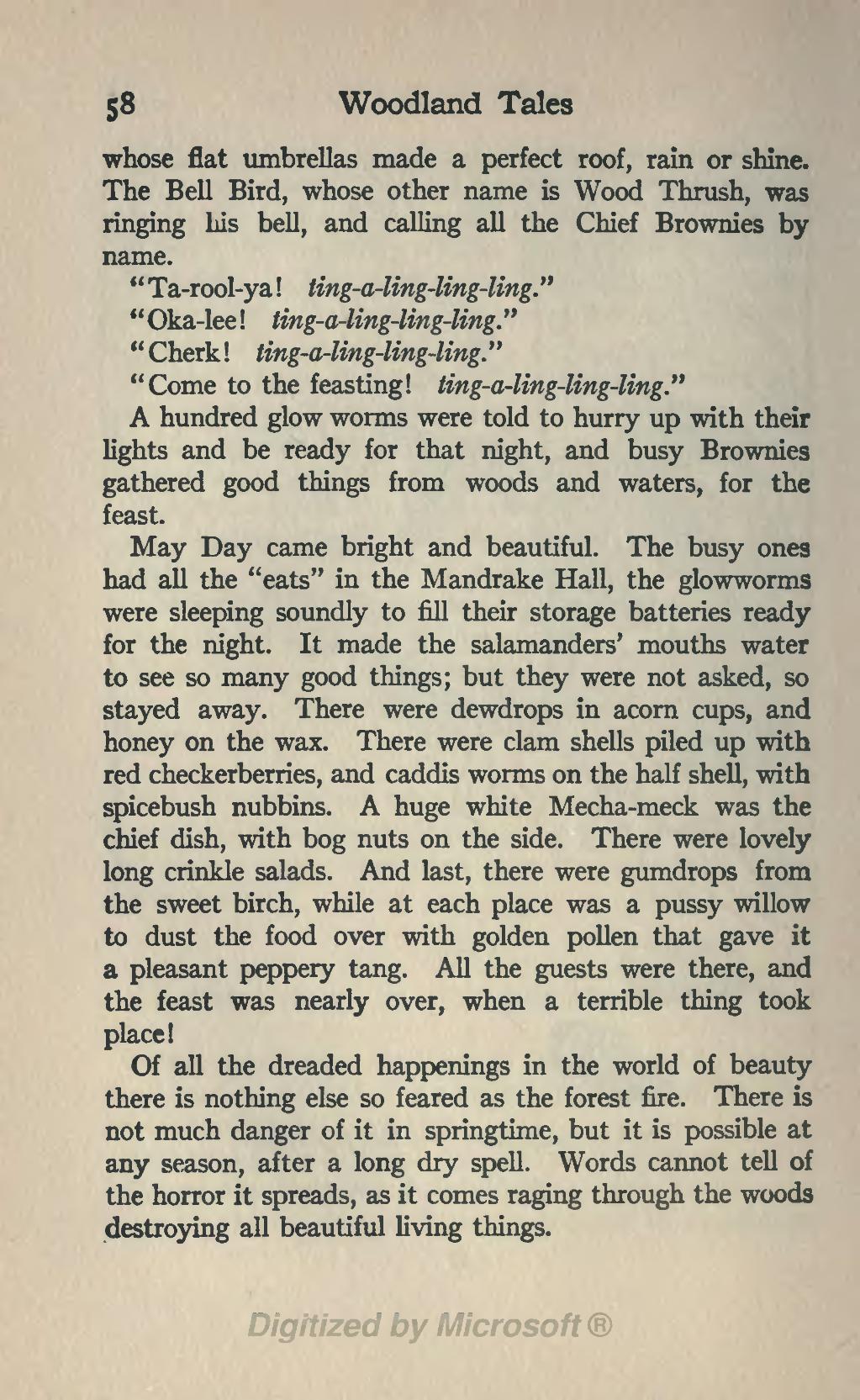