the white arrow mark, as you can plainly see. This plant, as you know, is the emblem of Ireland.

The story-tellers say that St. Patrick was preaching to Leary, the heathen King of Tara in Ireland hoping to turn him into a Christian. The king listened attentively, but he was puzzled by St. Patrick's account of the Trinity. "Stop," said the king. "How can there be three Gods in one and only one God where there are three. That is impossible." St. Patrick stooped down and picking up a Shamrock leaf, said: "See, there it is, growing in your own soil; there are three parts but only one leaf." The king was so much struck by this proof that he became a Christian and ever since the Shamrock has been the emblem of Ireland.

Now to fill out the history of the Clovers, I should tell you of the other three. The next is called Alsike, or the Pink Clover.

When you look at this Alsike or Alsatian Clover, you might think its mother was a red clover and its father a white one, for it is about half way between them in size, and its bloom is pink on the outside and white in the middle. Evidently, the Brownie didn't think much of it, for he did not put his arrow mark on its leaves. Still the Cows think it is good, the Bees think it is fine, and it always carried lots of food bags in its cellar. So also does the next sister — Melilot, the Yellow Clover or Honey-lotus — and the last and sweetest of them all, is the Sweet Clover that spreads sweet smells in the old-fashioned garden.

“Come, little Nagami, my Bird-Singer, you are ten years old, it is time you learned to make baskets. I made ..text continues 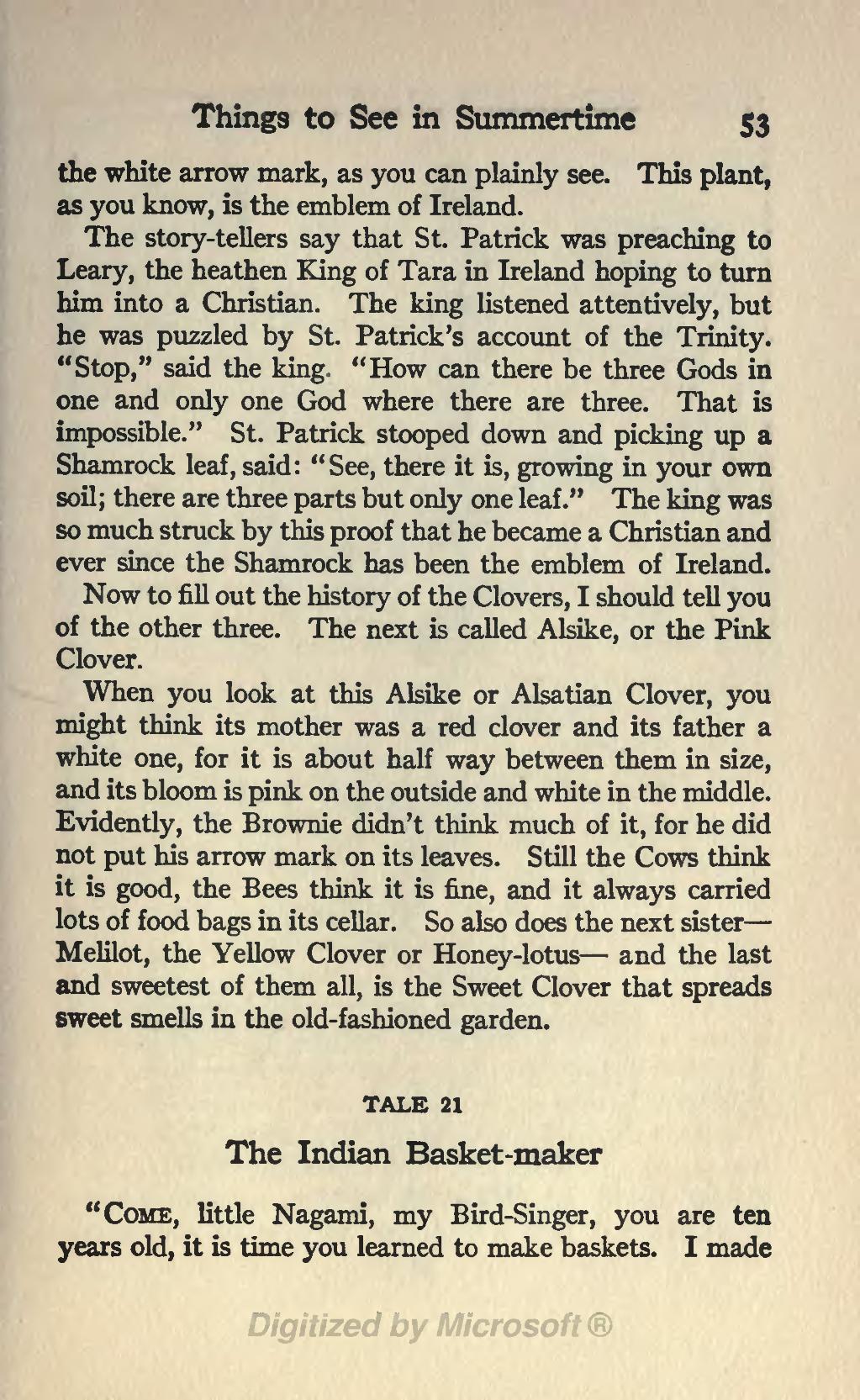