he was sitting on, and stamped every Clover leaf in that pasture, so the Cows could be sure, then skipped away to the ball game.

When Mother Carey heard of his running away from his job, she was very angry. She said: "Well, you Bad Brownie, you should be ashamed, but that white mark was a good idea so I'll forgive you, if you go roimd, and put it on every Clover leaf in the world."

He had to do it, though it looked like an endless task, and he never would have finished it, had not the other Brownies all over the world come to help him; so it was done at last. And that is the reason that every Clover leaf to-day has on it the white mark like an arrowhead, the Brownie sign for "good to eat."

The Cows get along better now, but still they are very stupid; they go munching ahead without thinking, and will even eat the blossoms which belong to the Bees. And the Bees have to buzz very loudly and even sting the Cows on their noses to keep them from steaUng the bee-food. The good Uttle Bugs underground have the best time, for there the Cows can not harm them, and the Bees never come near. They eat when they are hungry and sleep when they are cold, which is their idea of a good time; so except for some little quarrels between the Cows and the Bees they have all gotten along very well ever since.

The Shamrock and Her Three Sisters

The Shamrock is really the White Clover. It is much the same shape as thew Red Clover, and has the same food bags in its cellar. It is just as good for Cows and even better for Bees; so the Brownie stamped all its leaves with ..text continues 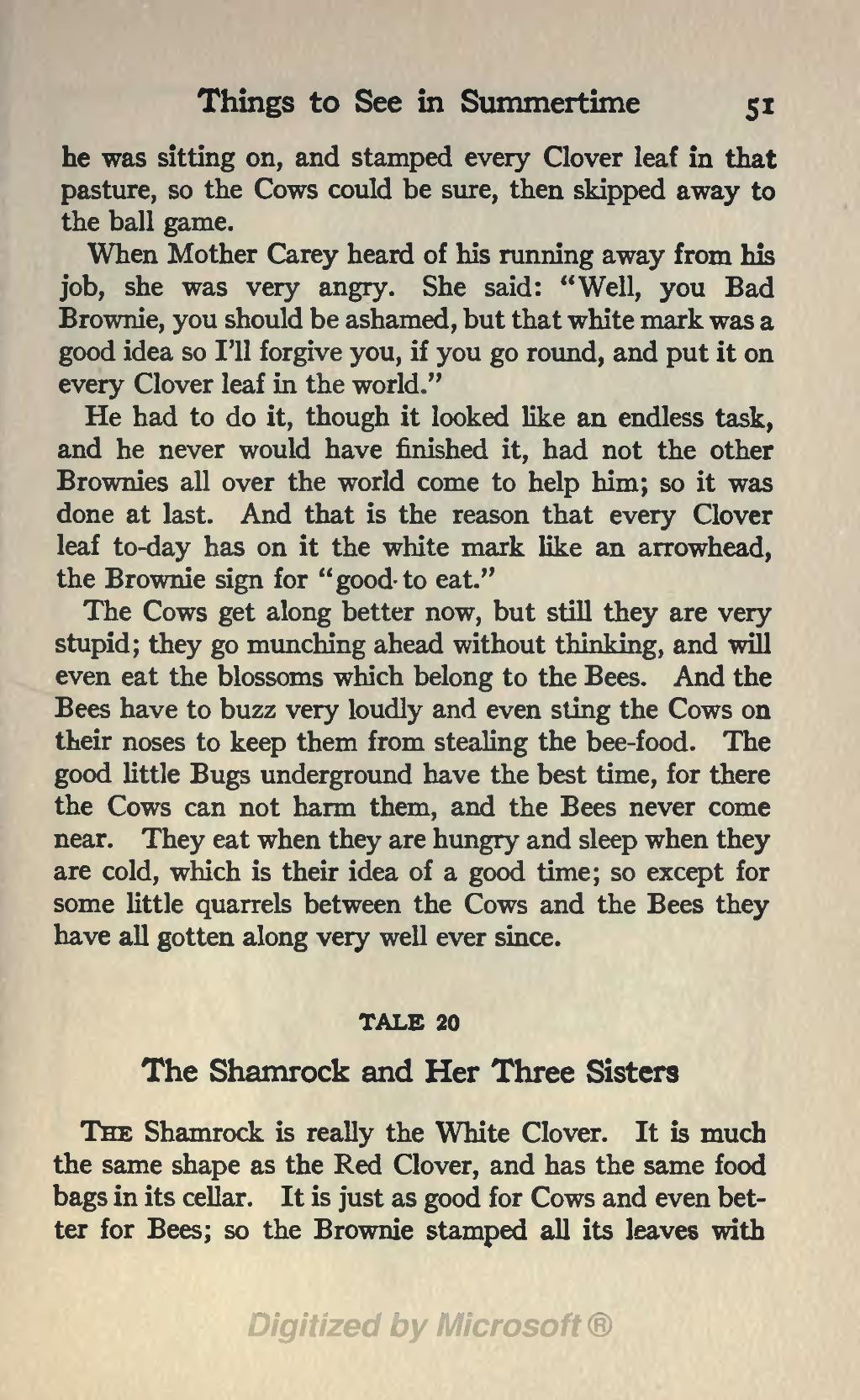