my first when I was but eight," said Mother Akoko proudly, for she was the best basket-maker on the river.

So they took a sharp stick, and went into the woods. Akoko looked for spruce trees that had been blown down by the storm, but found none, so she stopped under some standing spruce, at a place with no underbrush and said: "See, Nagami, here we dig for wattap."

The spruce roots or "wattap" were near the surface and easily found, but not easily got out, because they were long, tangled and criss-crossed. Yet, by pulling up, and cutting under, they soon got a bundle of roots like cords, and of different lengths, from two feet to a yard, or more.

"Good," said Akoko; "this is enough and we need not soak them, for it is summer, and the sap is running. If it were fall we should have to boil them. Now you must scrape them clear of the brown bark." So Nagami took her knife and worked for an hour, then came with the bundle saying: "See, Mother, they are smooth, and so white that they have not a brown spot left." "Good," said Akoko, "now you need some bark of the willow for sewing cord. Let us look along the river bank."

There they found the round-leafed, or fish-net willow, and stripped off enough of its strong bark to make a bundle as big as one hand could hold.

This also had to be scraped clear of the brown skin, leaving only the strong whitish inner bark, which, when split into strips, was good for sewing.

"See, my Nagami, when I was a little girl I had only a bone needle made from the leg of a deer, but you have easy work; here is a big steel packing needle, which I bought for you from a trader. This is how you make your basket."

So Akoko began a flat coil with the spruce roots, and sewed it together with the willow bark for thread, until it was a span wide. And whenever a new root was to be ..text continues 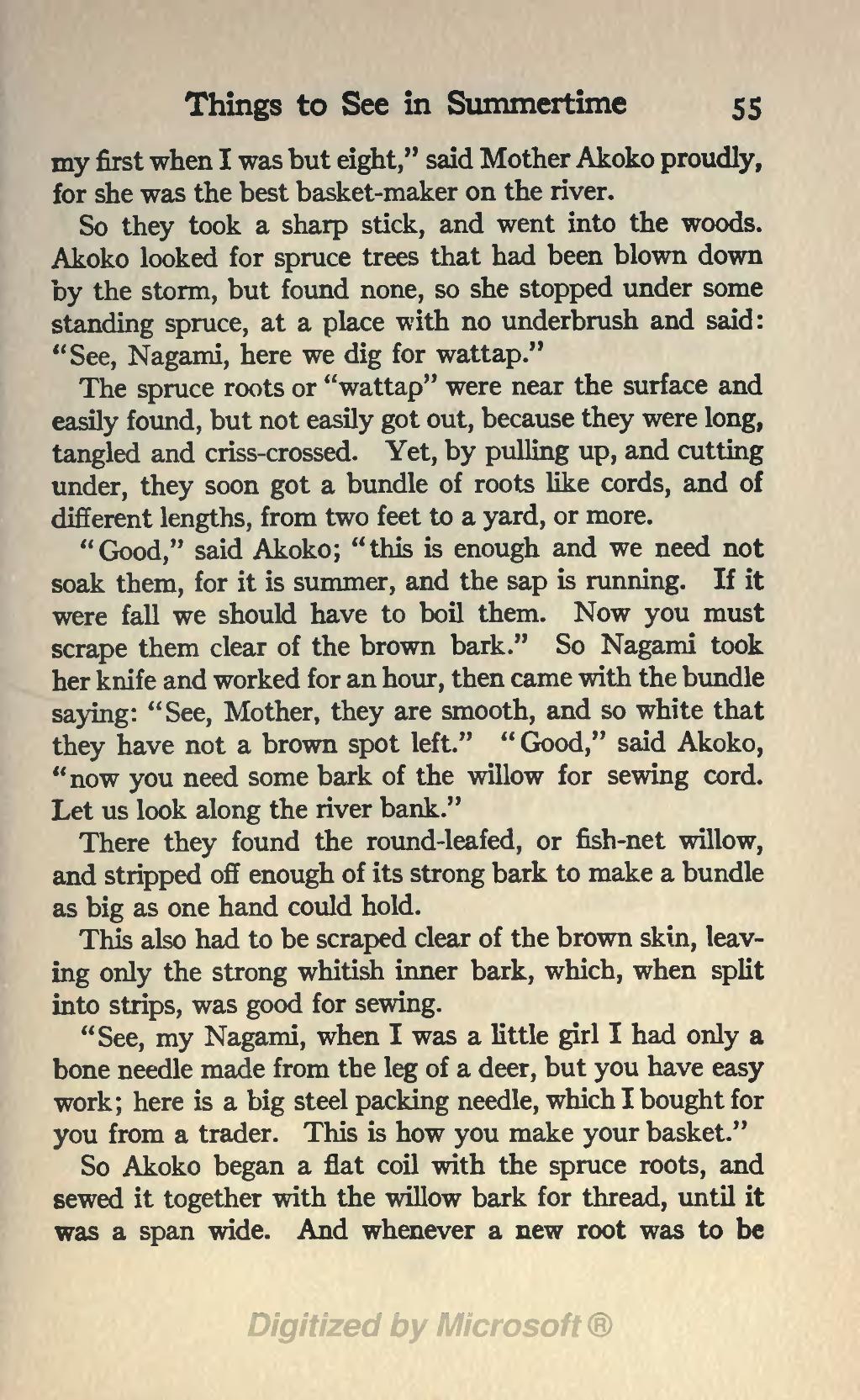