and scarce, and they were tired of the kinds that grew along the roadsides.

Mother Carey heard them patiently, then she said: "Yes, you have some reason to complain, so I will send you a new food called Clover. Its flower shall be full of honey for the Bee, its leaves full of cowfood and its cellar shall be stocked with tiny pudding bags of meal for the Bug, that is for good little Bug-foiks who live underground."

Now the tribes of the Bee, the Bug, and the Cow had a fine time feasting, for the new food was everywhere.

But Cows are rather stupid you know. They found the new food so good that they kept on munching everything that had three round leaves, thinking it was Clover, and very soon a lot of them were poisoned with strange plants that no wise Cow would think of eating.

So Mother Carey called a Busy Brownie, and put him on guard to keep the Cows from eating the poison plants by mistake.

At first it was good fun, and the Brownie enjoyed it because it made him feel important. But he got very tired of his job and wanted to go to the ball game.

He sat down on a toadstool, and looked very glum. He could hear the other Brownies shouting at the game, and that made him feel worse. Then he heard a great uproar, and voices yelling "A home run!" "A home run!" That drove him wild. He had been whittling the edge of the toadstool with his knife, and now he slashed off a big piece of the cap, he was so mad.

Then up he got and said to the Cows: "See here, you fool Cows, I can't stay here for ever trying to keep you from eating poison, but I'll do this much. I'll stamp all the good-to-eat leaves with a mark that will be your guide."

So he made a rubber stamp out of part of the toadstool ..text continues 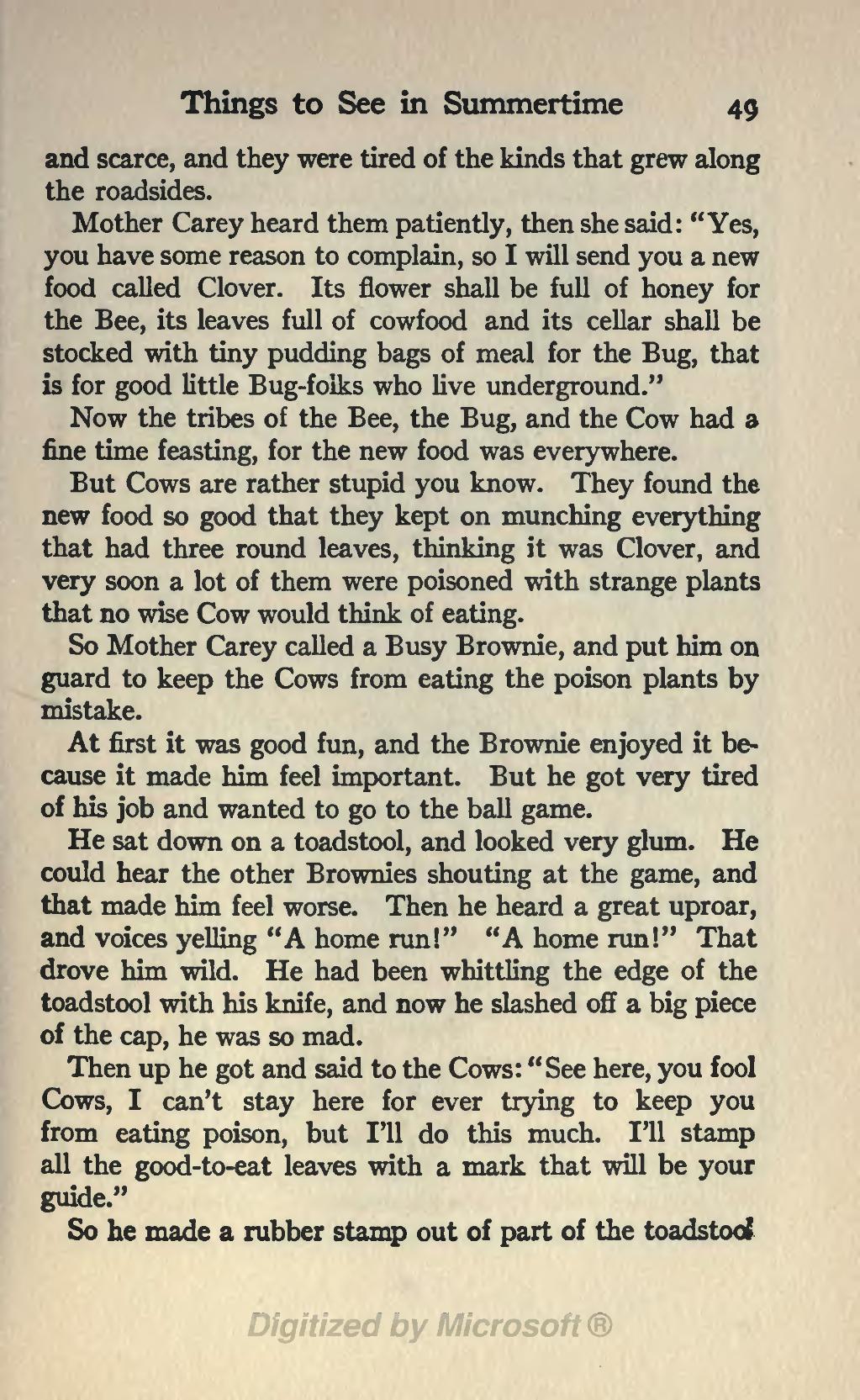