The Indian picked a handful of the pot-herbs, then stared hard at the last; a very tall and strong one.

"What hast thou now, Monapini?" The red woman pointed to the stem of the lamb's-quarter, whereon were long red streaks, and said: "This I see, that, even as the white-man's herb came over the sea and was harmless and clean while it was weak, but grew strong and possessed this field, then was streaked to midheight with blood, so also shall they be who brought it — streaked at last to the very waist with blood — not the white men's but the dark purple blood of the Indian. This the voices tell me is in the coming years, that this is what we shall get again for helping you — destruction in return for kindness. Mine inner eyes have seen it." She threw down the new pot-herb and glided away, to be seen no more in the settlements of the white men.

And Ruth, as she gazed after her, knew that it was true. Had she not heard her people talking and planning? For even as the weed seed came with the wheat, so evil spirits came with the God-fearing Pilgrims, and already these were planning to put the heathens to the sword, when the Colony was strong enough.

So the Indian woman read the truth in the little pot-herb that sailed and landed with the Pilgrims; that stands in our fields to this day, streaked with the blood of the passing race — standing, a thing of remembrance.

How the Red Clover Got the White Mark on Its Leaves

Once upon a time a Bee, a Bug, and a Cow went marching up to Mother Carey's palace in the hemlock grove, to tell her of their troubles. They complained that food was poor ..text continues 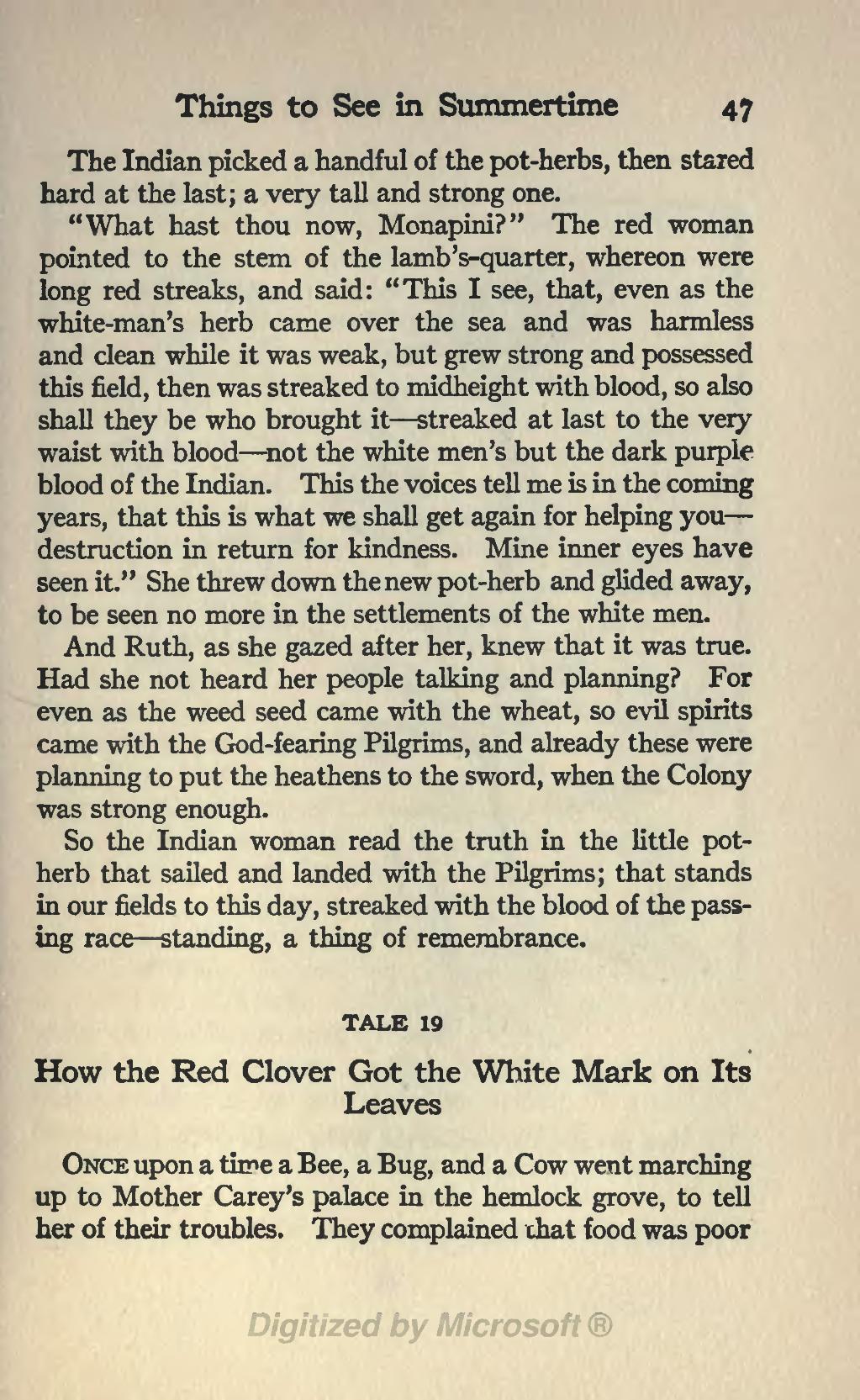