2o6 Woodland Tales The one who is to put on the "movie" is given a subject and must then stand out on the stage or Council Ring, and carry all the story to the spectators, without using any sound and with as few accessories as possible. The "print between the reels" is supplied by the Guide who simply announces what is needed to explain. The following subjects have been used successfully (imless otherwise stated they are for one actor each) : Miss Muffet and the Spider — the well-known Nursery Rhyme Old Mother Hubbard Little Jack Horner Mary and her Little Lamb Red Ridinghood — walk through the woods, meeting the wolf, etc. Robinson Crusoe — finding the track of a man in the sand A Barber Shop — shaving a customer (two actors) The Man's First Speech at a Dinner The Politician who was rotten-egged after vainly trying to control a meeting Joyride in a Ford Car — ending in a bad upset (two actors) The Operation — a scene in a hospital following the acci- dent (two or more) The Professor of Hypnotism and His Subject (two actors) The Man who Found a Hair in His Soup The Young Lady Finds a Purse, on opening it a mouse jumps out and she remembers that it is ist of April A Young Man Telephoning to His Best Girl A Man Meeting and Killing a Rattlesnake Lighting a Lamp Drawing a Cork Looking for a Lost Coin — finding it in one pocket or shoe A Musician Playing His Own Composition The Sleeping Beauty and the Prince (two actors) 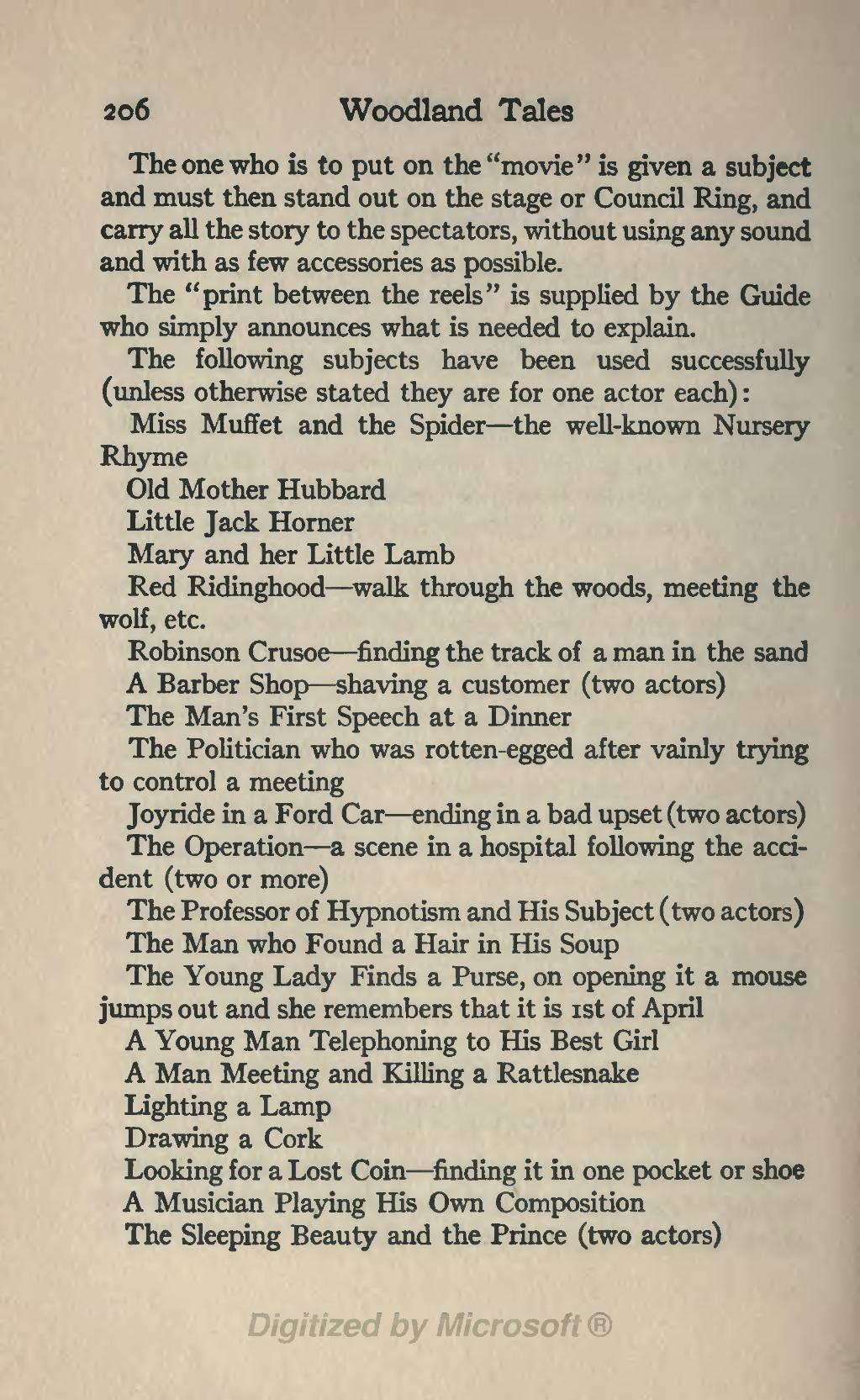