Make 24 little white sticks, each about three inches long, and as thick as a pencil. They are easy to make of willow shoots, after the bark is peeled off. While the young folk hide their eyes, the Guide walks off in the woods, ties a white rag on a tall stake or limb, for the point of beginning. Then, one step apart and in a very crooked line, sets each of the little white sticks in the ground, standing straight up. Under the last stick should be buried the treasure; usually a stick of chocolate. This the players are to find by following the sticks.

When the young folk get used to it, the line should be longer, the sticks farther apart, and the last one may be ten steps from the last but one.

When they are well trained at it, scraps of paper, white beans, com, or even chalk marks on trees, instead of sticks, will serve for trail; and still later holes prodded in the ground with a sharp pointed cane will do.

This game can be played in the snow; in which case, the track of the Guide, when he hides the treasure, takes the place of the sticks.

Finally it makes a good game for indoors on a rainy day. In which case we use buttons, com, or scraps of white cotton for trail sticks. Of course the trail now should be upstairs and down, and as long and crooked as possible.

One of the best developers of imagination is the Moving Picture. Sometimes called Pantomime, or Dumb-show which means all signs without sounds. 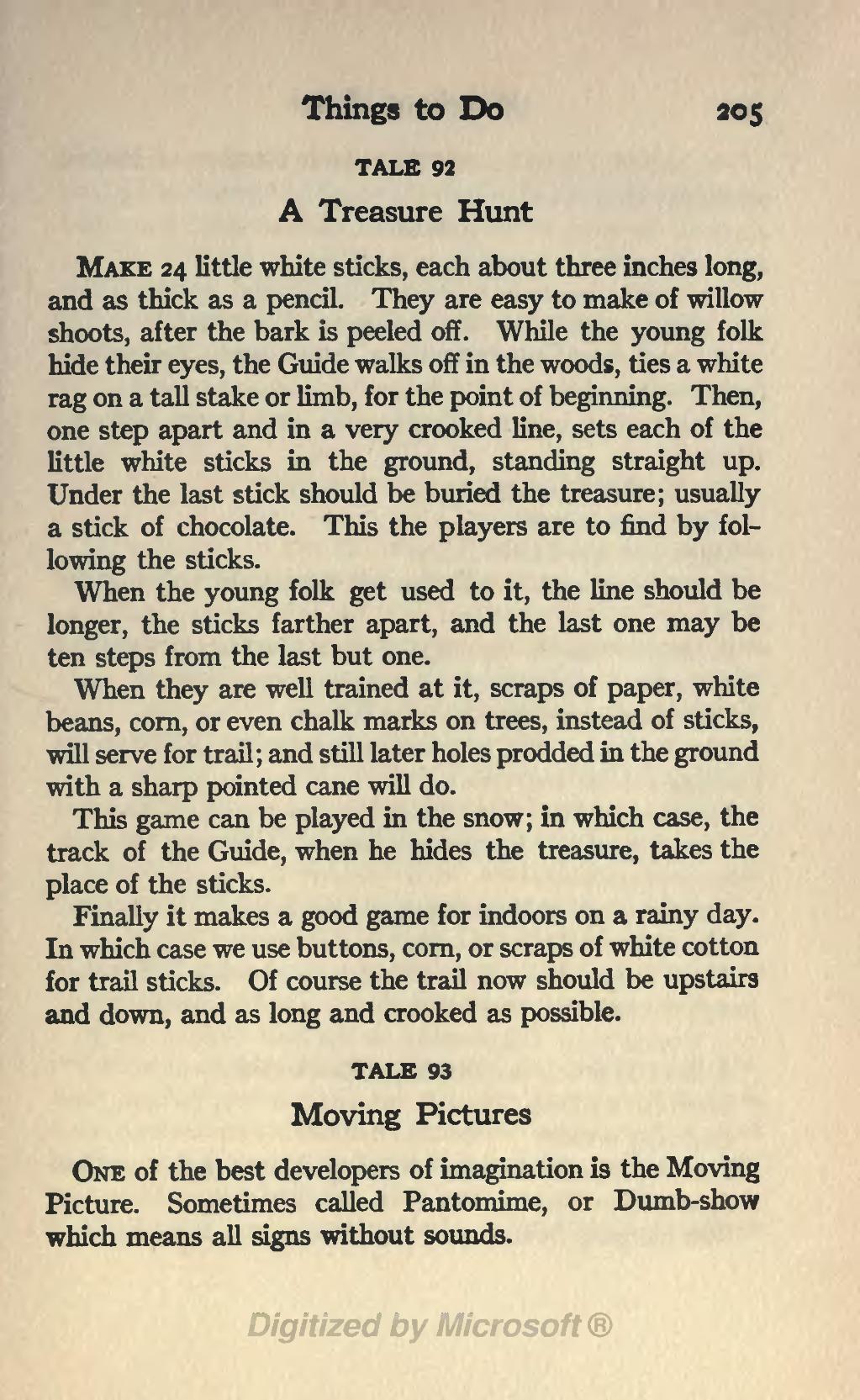