Only two of these may be counted toward Sagamore. Perform standing front dive and swim in good form 75 yards using: (a) Breast stroke 25 yards. (b) Back stroke with inverted back kick, spiral or combination frog scissors, 25 yards. (c) Side stroke for last 25 yards. I Swim 25 yards on back, using legs only, 25 yards on back, using arms only, ﬂoat motionless for three minutes, and tread water with hands out for three minutes. I 70 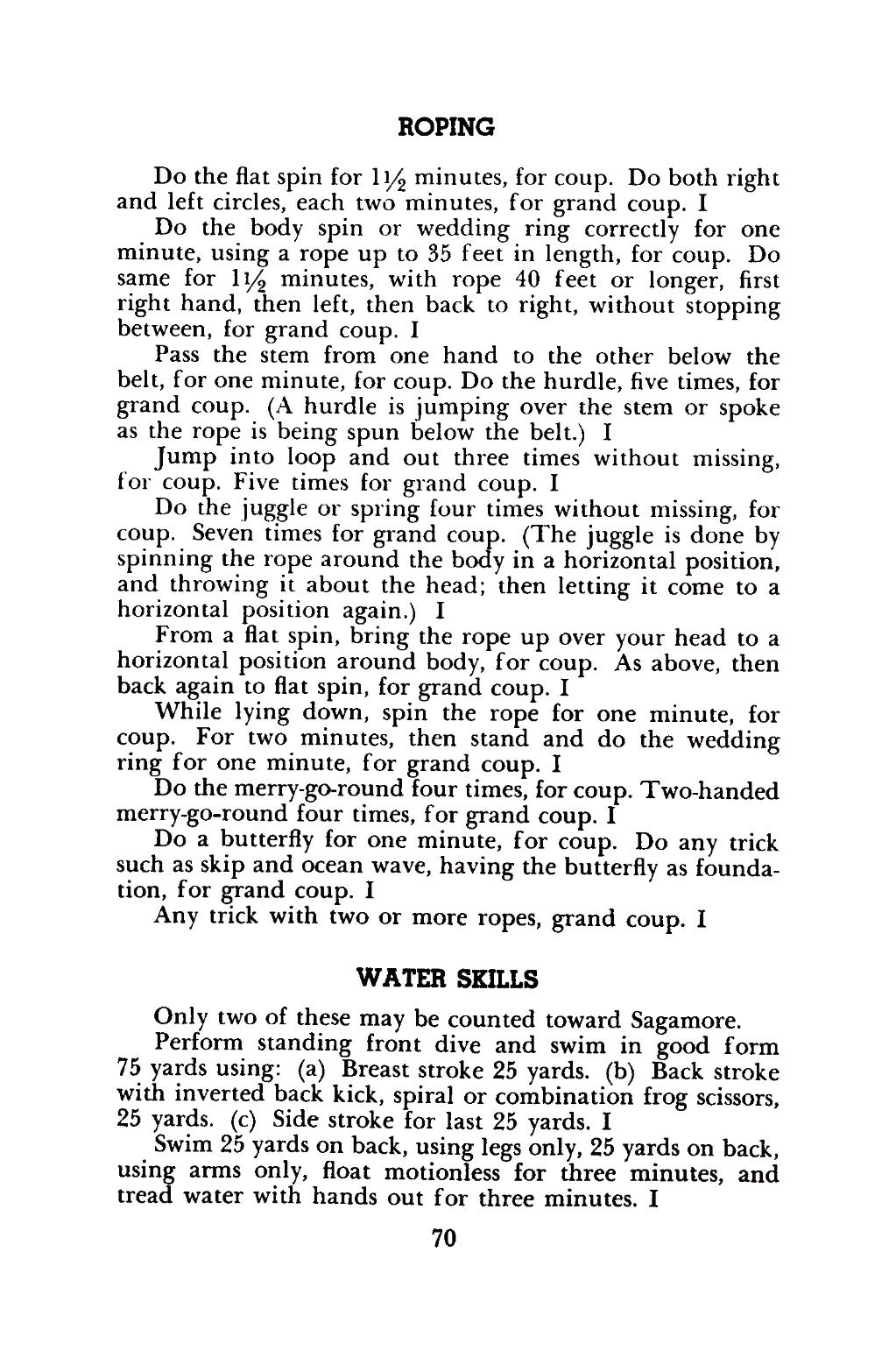