Revolver shot. Target 4x4. Bull’s-eye eight inches (counts four points). Inner ring two feet (three points). Outer, the rest of the target (two points). Distance, 30 yards. Ninety—six shots divided in any number up to six days, one hand, standing, 250 points, for coup. Three hundred points for grand coup. I Half with left hand only, half with right only, 230 points for coup. Two hundred and sixty points for grand cou .I Esing the National Riﬂe Association target at 50 feet, with a .22 riﬂle, pump or bolt action, in the following po- sitions, make a score of 280, for coup; 320 for grand coup: 10 shots standing. I 10 shots kneeling. I 10 shots sitting. I 10 shots prone. I Medals of accomplishment, won in accordance with the National Riﬂe Association standards, or in military service such as National Guards, or in the U. S. Army or Navy, may be submitted to the National Honors Committee for recog— nition as coup or grand coup. I 69 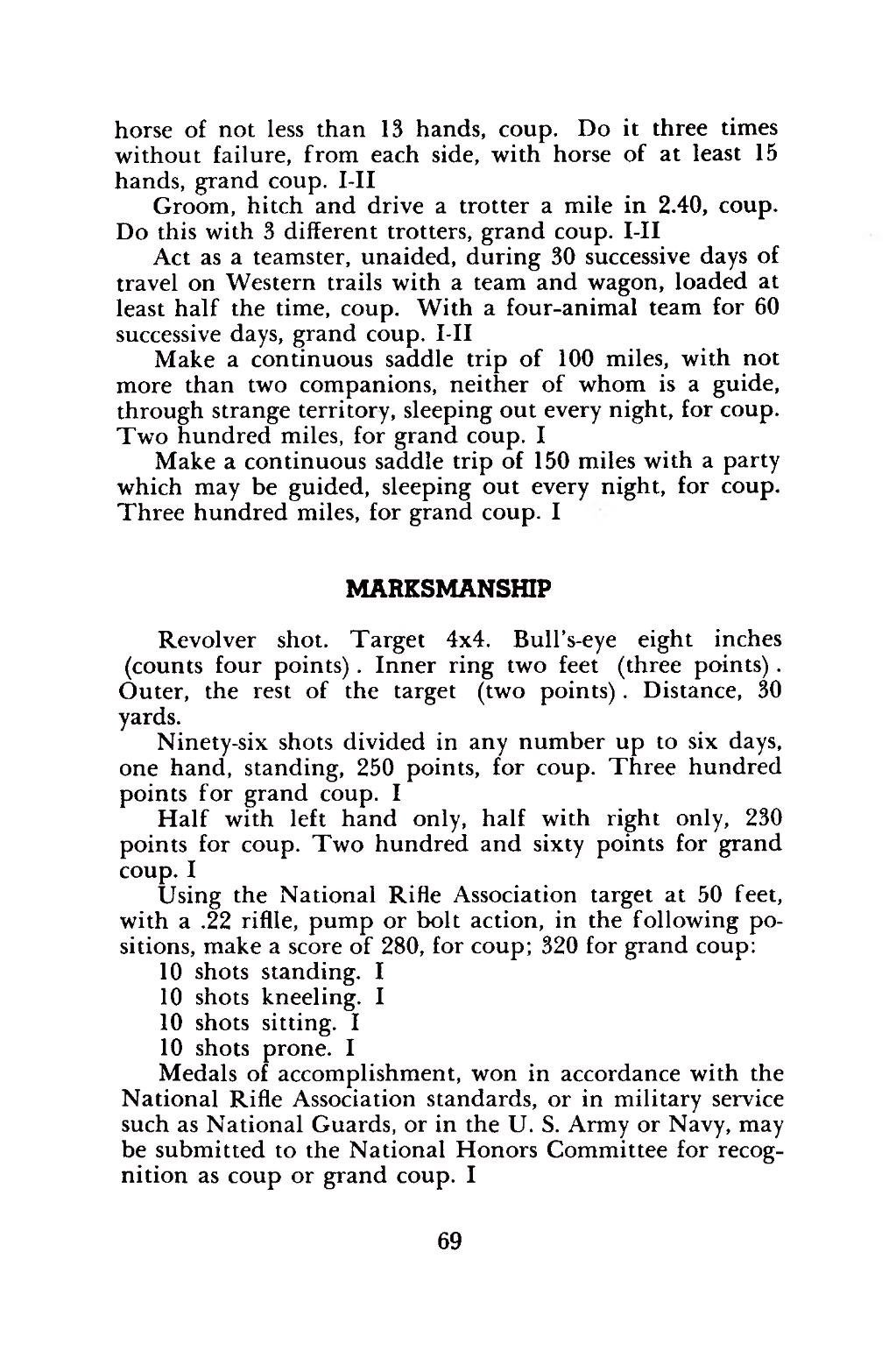