Canoe Tag Any number of canoes or boats may engage in this. A rubber cushion, a hot-water bag full of air, any rubber foot- ball, or a cotton bag with a lot of corks in it b needed. ITie game is to tag the other canoe by throwing this into it. The rules are as in ordinary cross-tag. Tilting in the Water When used on the water, the ordinary rules of canoe tilting are followed. Each spearman stands in the bow of his boat, on the bow-seat. Hb crew bring him within eight feet of his rival, and now he endeavors to put him overboard. Points are reckoned thus: Forcing your enemy to put one foot down off the seat S Forcing your enemy to put two feet down off the seat lo Forcing your enemy on one knee 5 Forcing your enemy down on two knees ... 10 Forcing your enemy to lose his spear . .10 Forcing your enemy overboard 25 It b a foul to strike below the knee, or to use the spear as a club. The umpke may dock up to twenty-five points for fouls. When canoes are used, the spearman stands on the bottom, so all points are by loss of spear, or by going overboard. INDOOR GAMES Odds and Evens Boys form in a single line across the room. One boy is "it" He says he will call odds; then calls numbers both odd and even, but those in the line must run only on odd numbers. If

on an odd number, are the last to reach the given goal. Blind Man's Buff lyers are numbered, one player is bhndfolded. The rm a ring about him. The one in the centre calb out 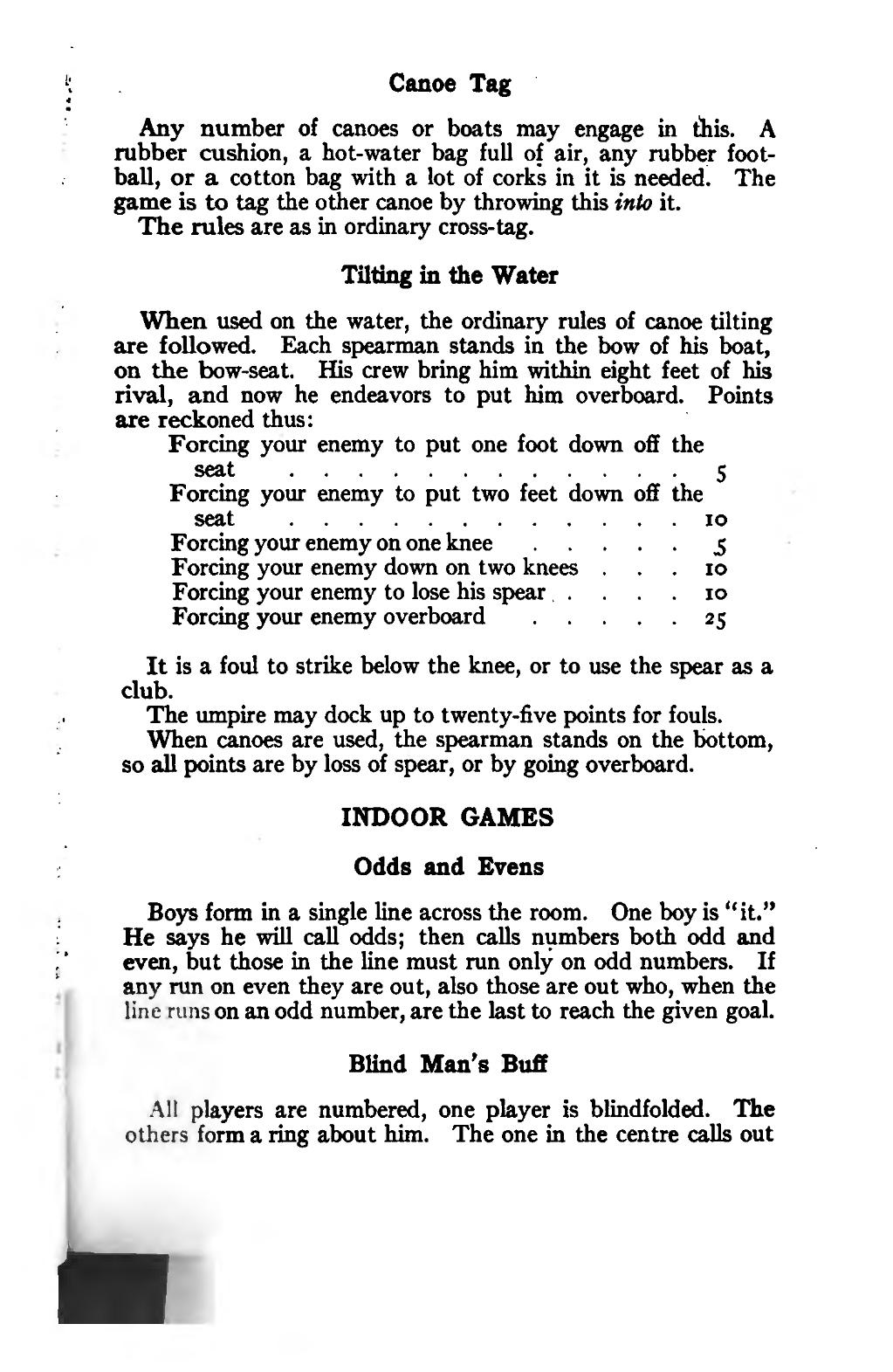