Tribe Activities 47 He is given 100 beans, 30 slices of potato, and 10 minutes' start. He has to lay a track, as crooked as he pleases, dropping a bean every 3 or 4 yards and a slice of potato every 20. After ten minutes' run the deer has to hide. The trailers follow him, picking up the beans and potato slices. Each bean coimts i point, each slice of potato 2. The one who finds the deer scores 10 for it. Apache Relay Race One band is pitted against another, to see who can carry a message and bring a reply in shortest time, by means of relays of runners. One quarter of a mile is far enough for an ordinary race. This divides up even 55 yards to each of eight runners. The band is taken out by the Chief, who drops scouts at con- venient distances, where they await the arrival of the other runner, and at once take the letter on to the next, and there await the return letter. A good band of 8 can carry a letter a quarter of a mile and bring the answer in about 3 minutes. Chinese Tag Is like the regular game of tag with this difference: the one who is tagged must keep his hand on that part which was hit when he was tagged thus making only one free arm. Bat BaU A regular baseball diamond is used, two teams are chosen of equal number. A volley ball or indoor baseball is used, pref- erably the former. One team is scattered anywhere inside the bases, the other team is up to bat. The boy bats the ball with his hand. The opposing team catching the ball he has batted tries to put the runner out by throwing the ball at the runner or by touching him with it. If the runner stands still he may not be put out, but the team trying to put him out must keep the ball passing continually; one of the players holding the ball is unfair. The boy running must reach the home plate before another batter comes up to bat. Scouting Scouts are sent out in pairs or singly. A niunber of points are marked on the map at equal distances from camp, and 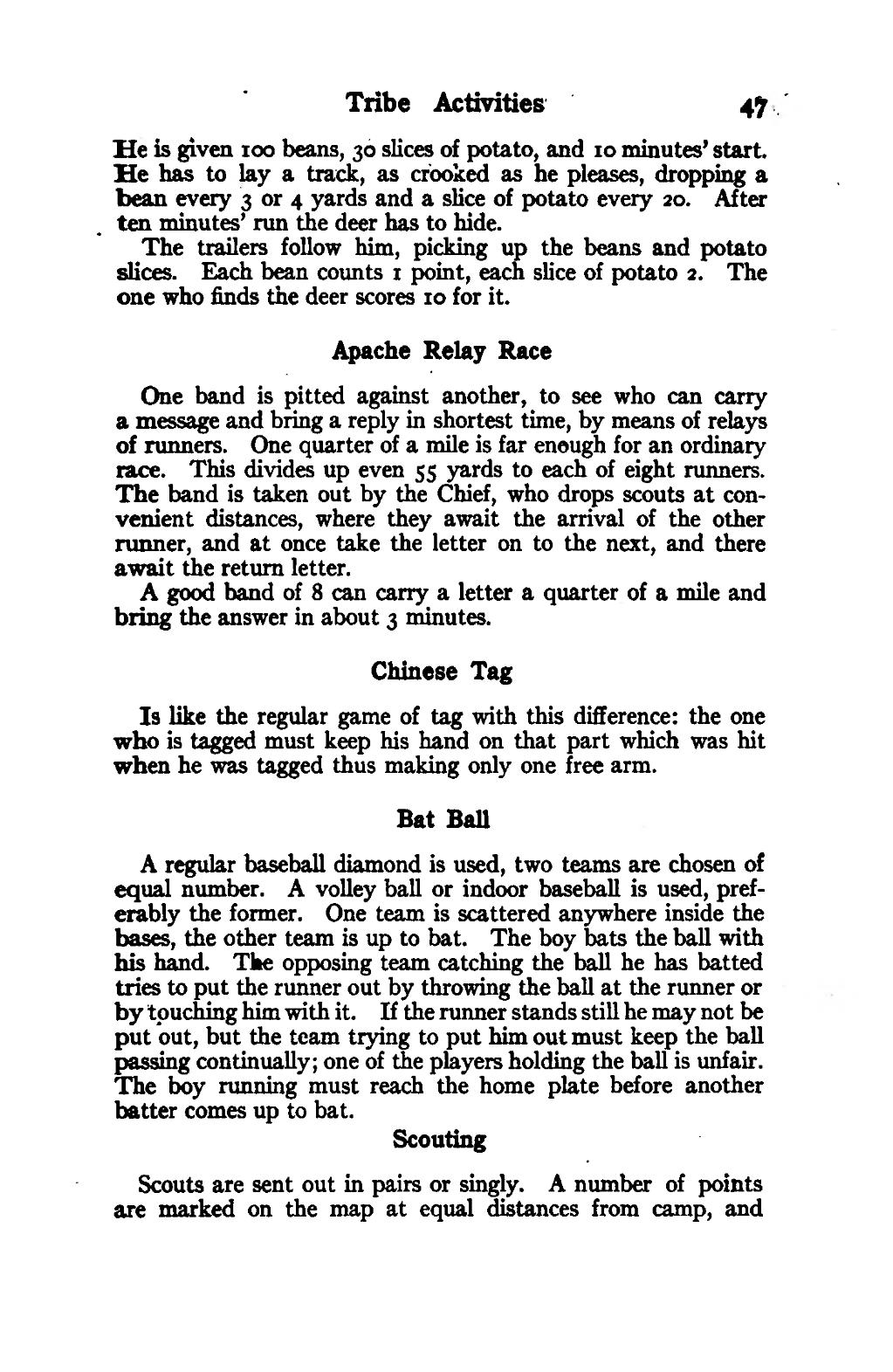