48 Woodcraft Manual for Boys the scouts draw straws to see where each goes. If one place is obviously hard, the scout is allowed a fair number of points as handicap. All set out at same time, go direct, and return as soon as possible. Points are thus allowed: Last back, zero for traveling. The others coimt one for each minute they are ahead of the last. Points up to ICO are allowed for their story on return. Sometimes we allow lo points for each Turtle they have seen; lo for each Owl seen and properly named; 5 for each Hawk, and i each for other wild birds; also 2 for a Cat; i for a Dog. No information is given the scout; he is told to go to such a point and do so and so, but is fined points if he hesitates or asks how or why, etc. The Game of Quick Sight Take two boards about a foot square, divide each into twenty- five squares; get ten nuts and ten pebbles. Give to one player one board, five nuts, and five pebbles. He places these on the squares in any pattern he fancies, and when ready, the other player is allowed to see it for five seconds. Then it is covered up, and from the memory of what he saw the second player • • )• * e — 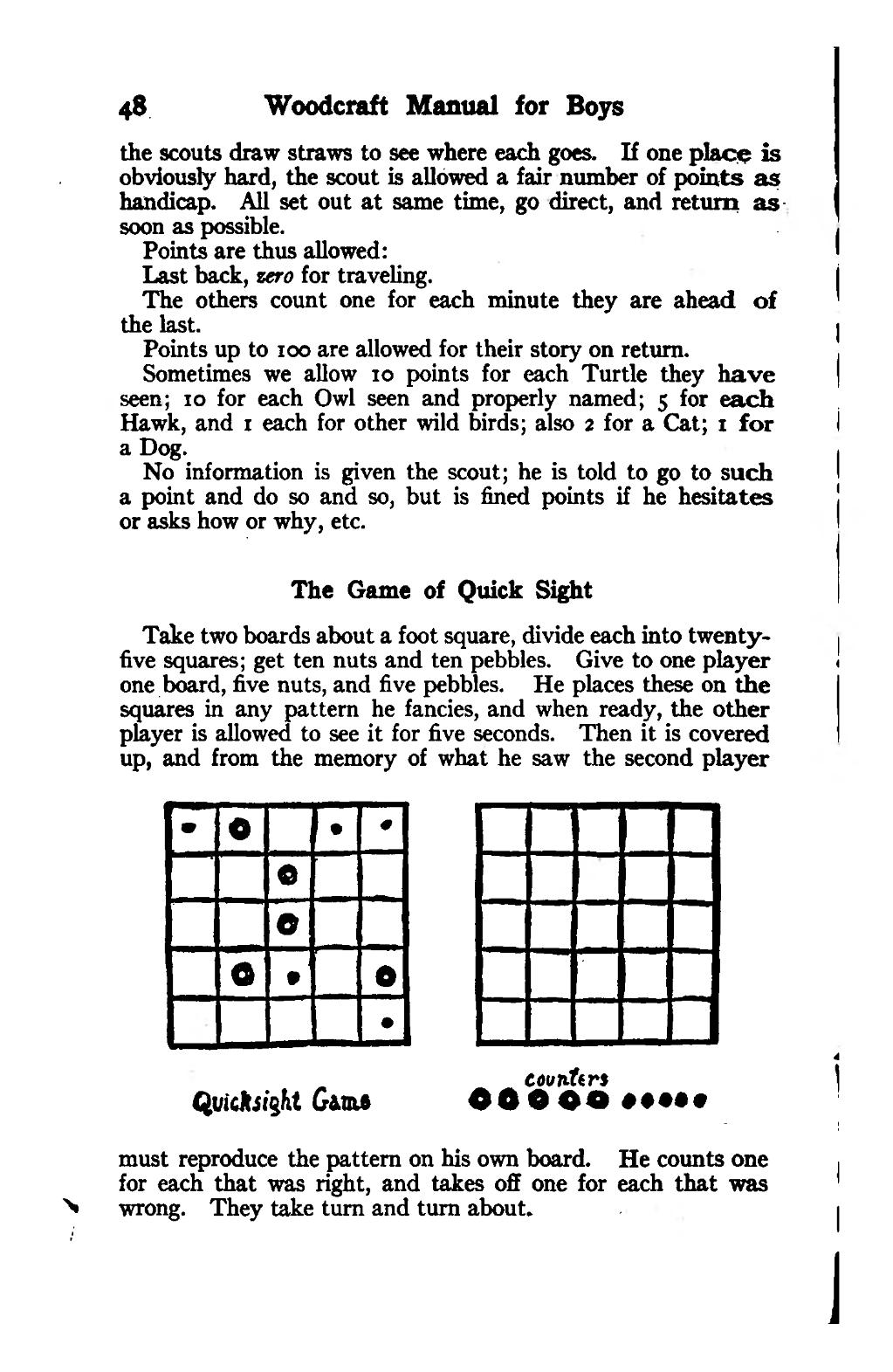