'T V ‘vVl-r’ 7_ Things to Know and Do 159 west. Most Indian lodges were decorated with pictographs depicting in some cases the owner’s adventures, at other times his prayers for good luck or happy dreams. The old Indian sign for peace, three angles all pointing one way that is “agreed,” contrasts naturally with the “war” or “ trouble” sign, in which they are going diﬁerent ways or against each other. a An animal was represented by a crude sketch in which its chief character was shown, thus chipmunk was a small animal with long tail and stripes. Bear was an outline bear, but grizzly bear had the claws greatly exaggerated. When the animal was killed, it was represented on its back with legs up. Each chief, warrior, and scout had a totem, a drawing of which stood for his name or for himself. ifs" @VWr A man’s name is expressed by his totem; thus, the above means, To-day, 20th Sun Thunder Moon. After three days “Deerfoot,” Chief of the Flying Eagles, comes to our Standing Rock Camp. ' When a man was dead ofﬁcially or actually, his totem was turned bottom up. Here is a copy of the inscription found by Schoolcraft on the grave post of Wa- bojeeg, or White Fisher, a famous Ojibway chief. He was of the Caribou clan. On the top is his clan totem reversed, and on the bottom the White Fisher; the seven {Egrks on the left were war parties he The three marks in the middle are for wounds. The moose head is to record a desperate ﬁght he had with a bull moose, while his success in war and in peace are also stated. This inscription could be read only ~ ' by those knowing the story, and is rather as a memory help than an exact record. - .- — .— ‘— .- ’- .— - 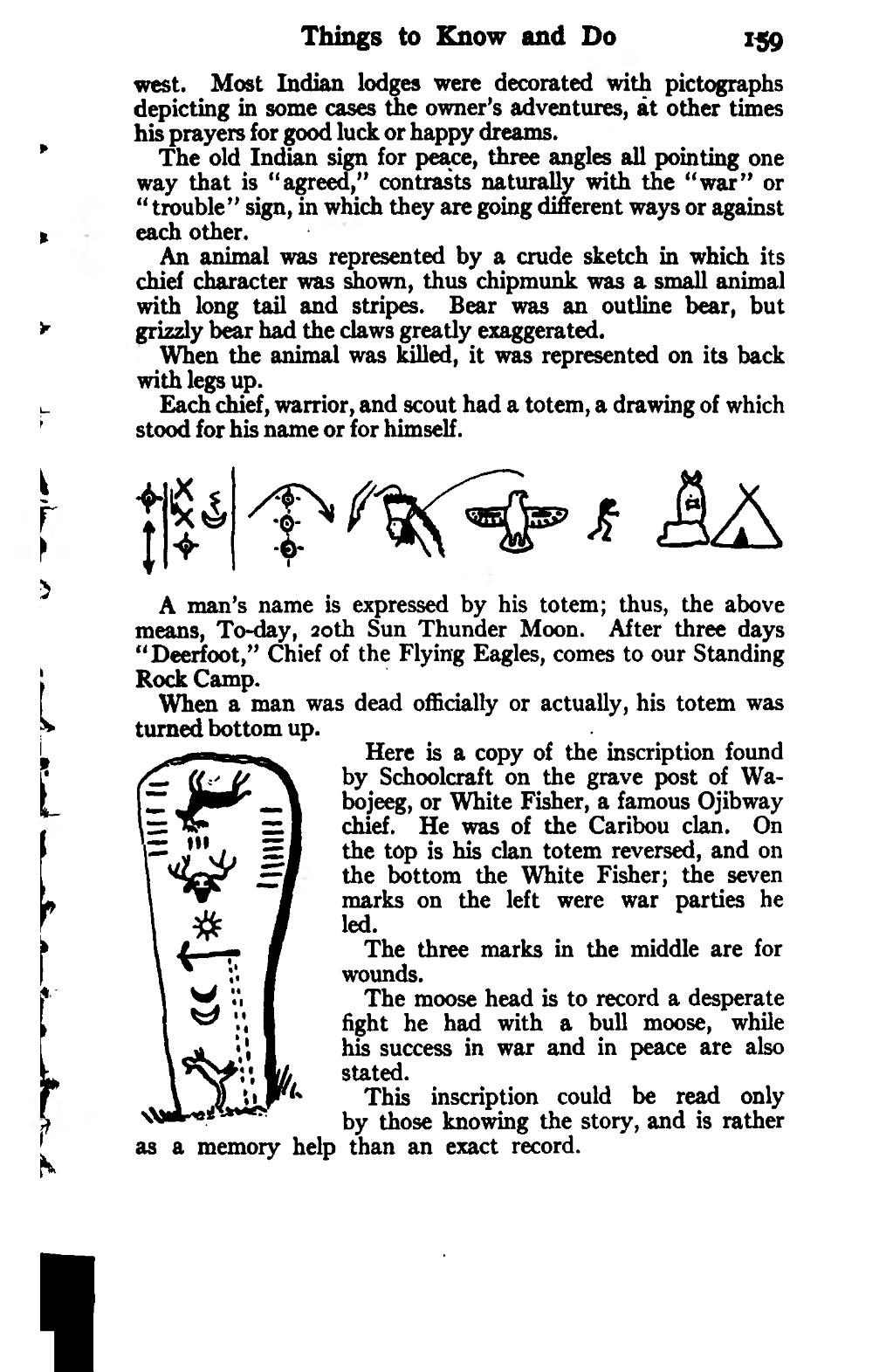