Ernest Thompson Seton, whose life has beer a constant inspiration and help to all lovers of outdoor things, is the author. Much of the material appears for the first time, though some of it has been used from other books with the permission of Mr. Seton and of the publishers.

Mrs. Frederic R. Hoisington designed and presented to the League the Costume for the Woodcraft Girls and has assisted along several lines, particularly in the shaping of the Coups and Degrees as found in the fourth section. Miss Jean Miller and Miss Lina Miller have helped in organizing work, as have F. H. Schmidt, J. A. Wolf, Miss Anne Grumman, Hamlin Garland and other members of the Council of Guidance.

Mrs. Ernest Thompson Seton has contributed several articles and has given freely of her time in the working out of the many problems and in the editing of the book.

Mr. Philip D. Fagans, in addition to his duties as Executive Secretary, has written several articles and given of his time both in the working out of the organization and in editing the material.

The League acknowledges with hearty thanks the permission of Ernest Thompson Seton and Doubleday, Page & Company to use much of the material from the Book of Woodcraft; for the use of the poems and stories from “Woodmyth and Fable”, by Ernest Thompson Seton, published by the Century Company; to Alice Fletcher for permission to use the songs and music quoted from her “Indian Songs and Stories”; to H. M. Burr and Association Press for the use of stories from “Around the Fire”; to Mrs. S. A. Ward and Association Press for the use of the hymn “O Beautiful for Spacious Skies”; to Ginn and Company for the use of cuts from “School Needlework” by Olive C. Hapgood; to McClelland, Goodchild and Stewart Ltd., for “The Seven White Swans” from “Legends of Vancouver“ ..text continues 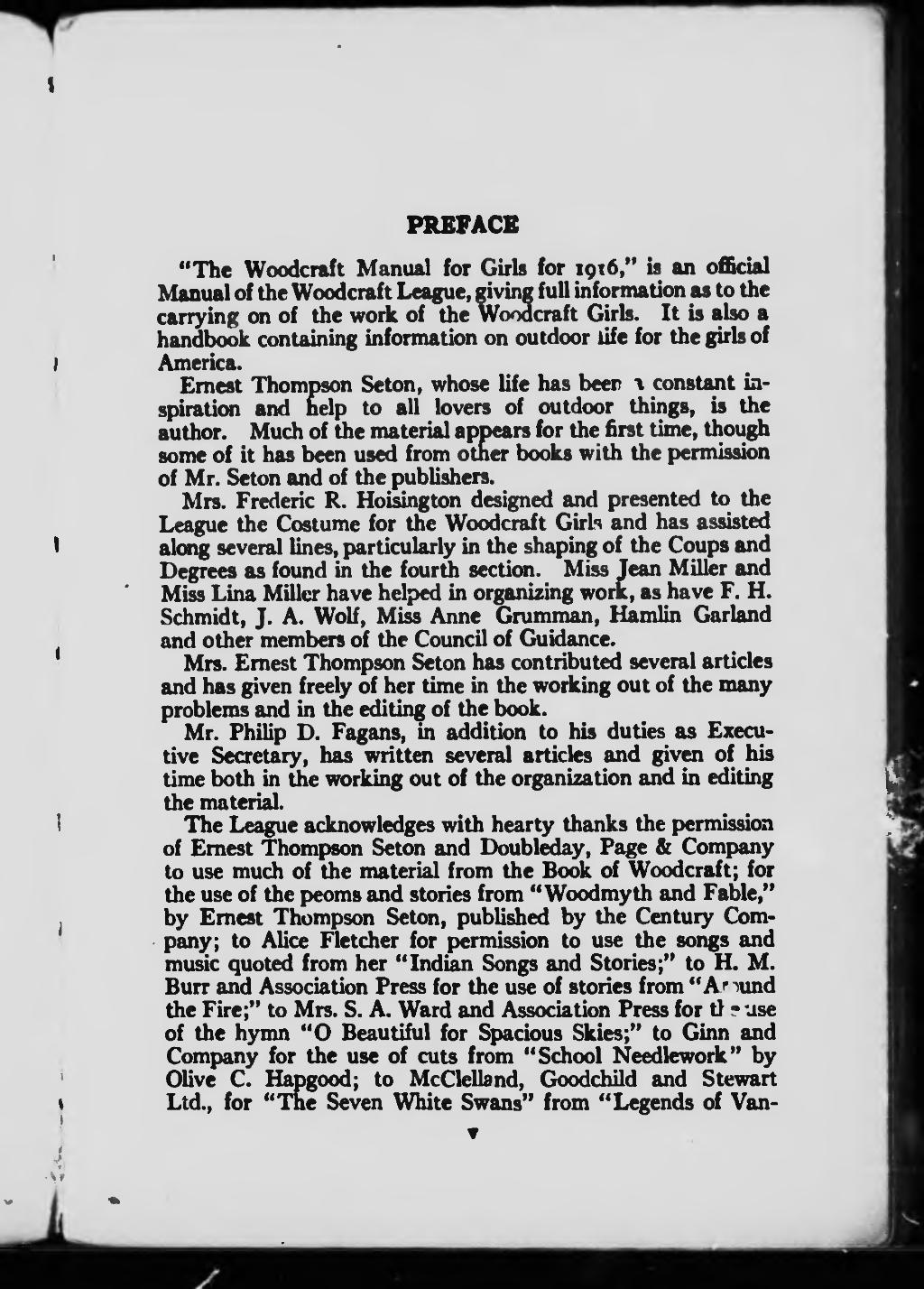