by E. Pauline Johnson (Takahionwake); for the use of the “Corn Smut Girl” from “Indian Days of the Long Ago” by Edward S. Curtis.

The League also acknowledges with many thanks the cover medallion by J. F. Kelly and the drawing of the Woodcraft Girl; the article on the “Life Force” and the “Woodcraft Girls' Invocation”, by Dr. Valeria Parker; permission of Raymond Ditmars to use material from which the article and drawing of “Snakes, Good and Bad” were made; and the games suggested by Miss Katherine Duffield, Mrs. Lotta Anthony, Miss Kate Karkus, Miss Jean Miller, Mrs. Grace Gallatin Seton and Mrs. Elizabeth T. Baylis.

The Committee has attempted to have the Manual contain information on most of the subjects which would come up in group work. Where a subject has not been carefully covered, reference books have been given.

While Woodcraft as founded by Mr. Seton has been carried on for fourteen years, the Woodcraft League in its present form is but a few months old. Owing to the necessity for a Girls' Manual the present Birch Bark Roll has been produced under pressure and does not include all the material originally planned. But it is given to the public with the thought as expressed in the Preface to “Two Little Savages”.

“Because I have known the torments of thirst,
I would dig a well wherein others may drink.”

And it is hoped that the spirit of the Manual is the same as has always characterized the work Mr. Seton has done with the boys and girls of the country. 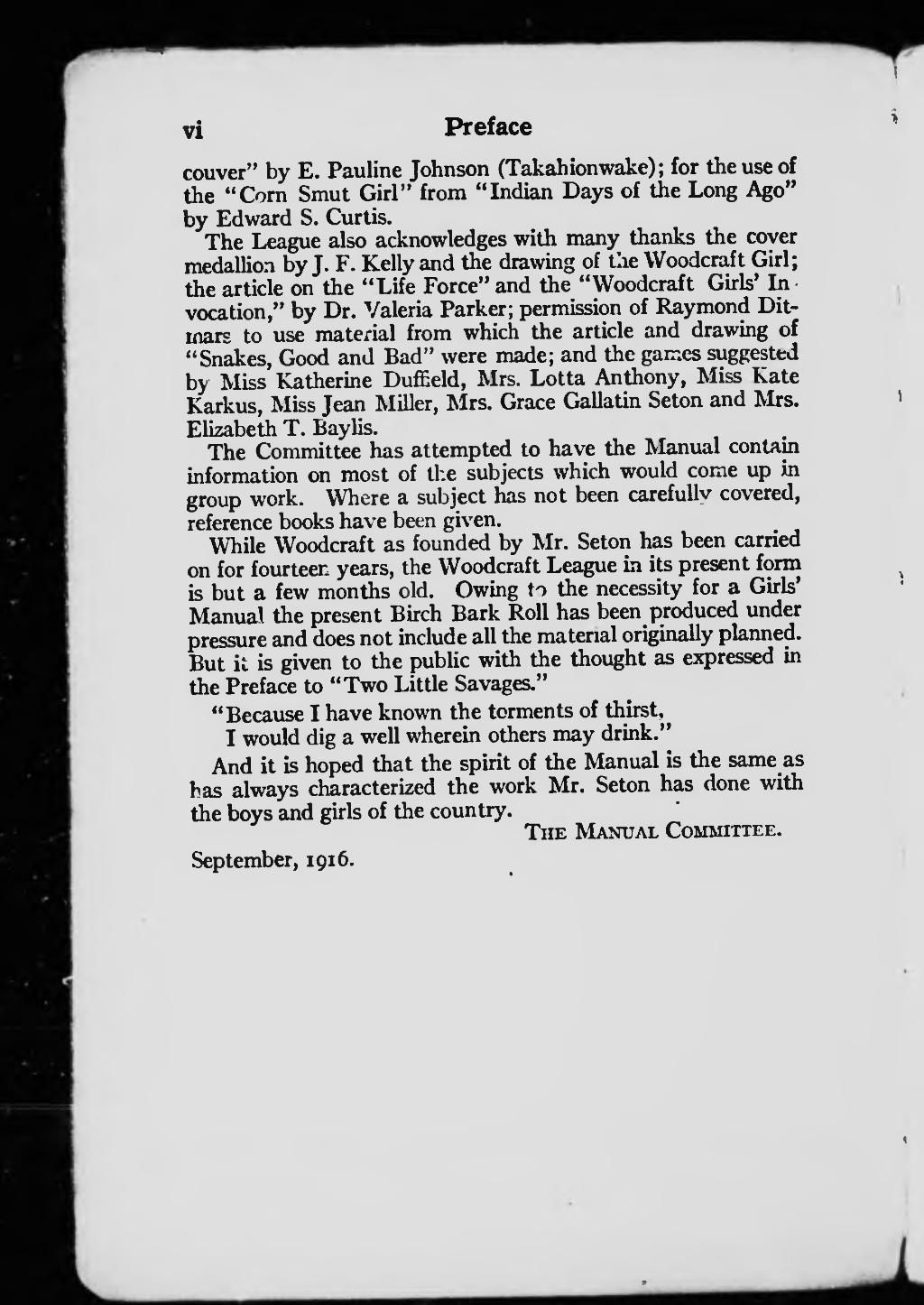