properly witnessed or proven, as though for the Cen- tury Bar of the L. A. W. Honors are allowed accord- ing to the standard of the year in which the application was made. , , , <. An honor once won can never be lost for subsequent failure to reach the standard. Except when otherwise stated the exploits arc ineant for all ages. , , u Any brave making Coup according to the class above hun may count it a Grand Coup in his own class, unless otherwise provided.

Those with 12 Coups are Sub-Sachems. Those who have won 24 Coups, that is, who have completed the circle of feathe- in their headdress, are Sachems. , o , Those with 24 Grand Coups are Grand Sachems. Those with 48 Coups, that is, who have completed both circle and tail of the headdress, are Sagamores. Those with 48 Grand Coups are Grand Sagamores. All of these except the Sub-Sachems are entitled to sit in the Council without election. They are Red, White, or Blue Sagamores or Sachems, according to the class in which they have won most honors, and they rank in the order here given. 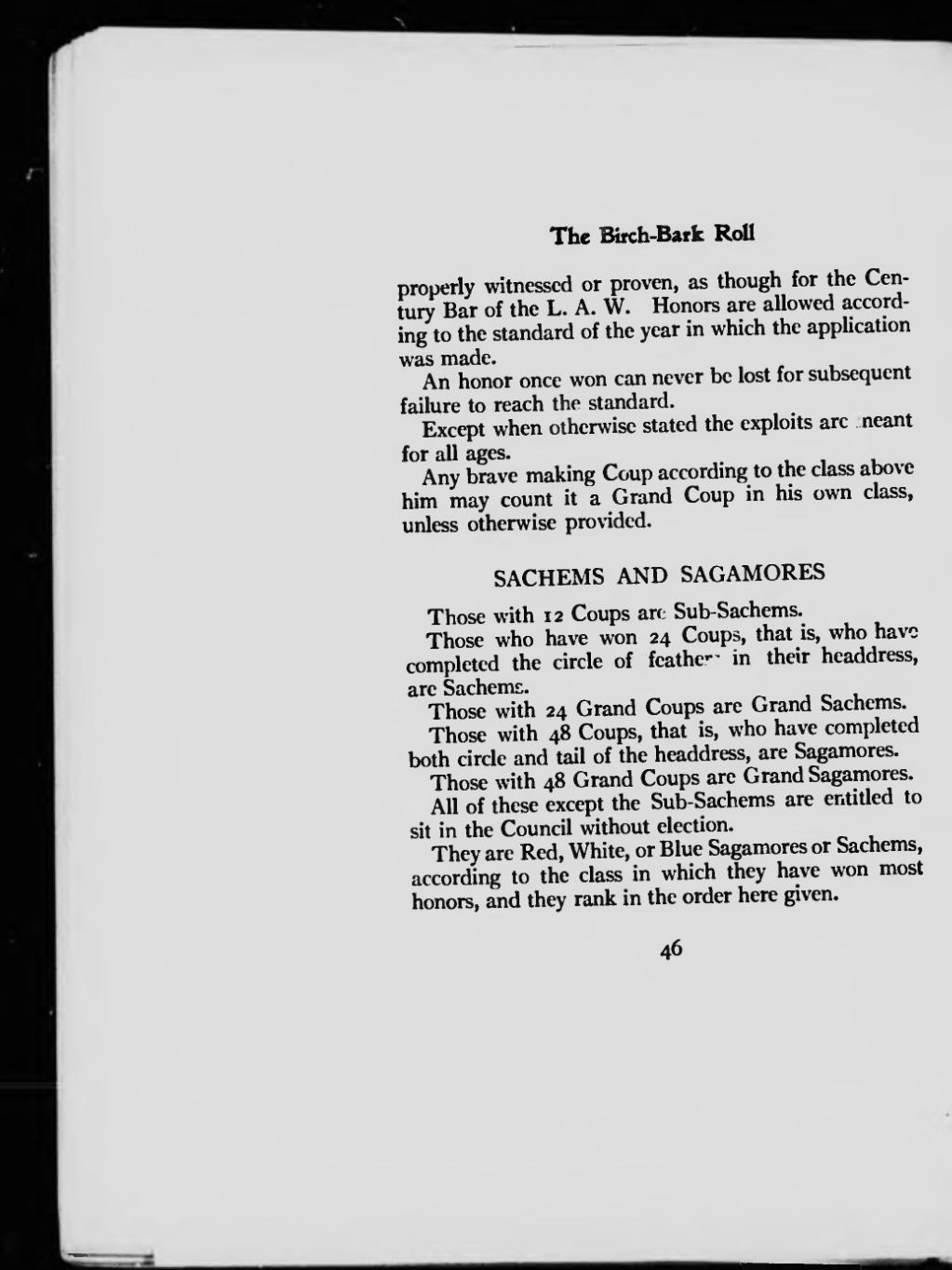