To "tag" the Scout is not to capture. "The block- ade to be binding must be effectual."

These exploits are intended to distinguish those braves who are first class in their department and those who are so good that they may be considered in the record-making class. They may be called Honors and High Honors, but the Plains Indians speak of their exploits as Coup (pronounced coo) and Grand Coup. The Sioux, I am informed, use the French word coup, but call them "Jus-tee-na coo" and " Tonka coo," the "Little Deed," and the "Big Deed." The decoration for a Coup or Honor is a Pond-eagle feather for the war-bonnet, or a wampum medal for the coat, or both. For the High Honor or Grand Coup the Pond- eagle feather has a red tuft of horsehair on the top, and the wampum medal is of double size with a circle around the symbol. No one can count both Coup and Grand Coup, or repeat their honor in the same department, except for Heroism, Mountain-climbing, and others that are specified as " repeaters," in which each honor is added to that previously worn. No honors are conferred unless the exploit has been ..text continues 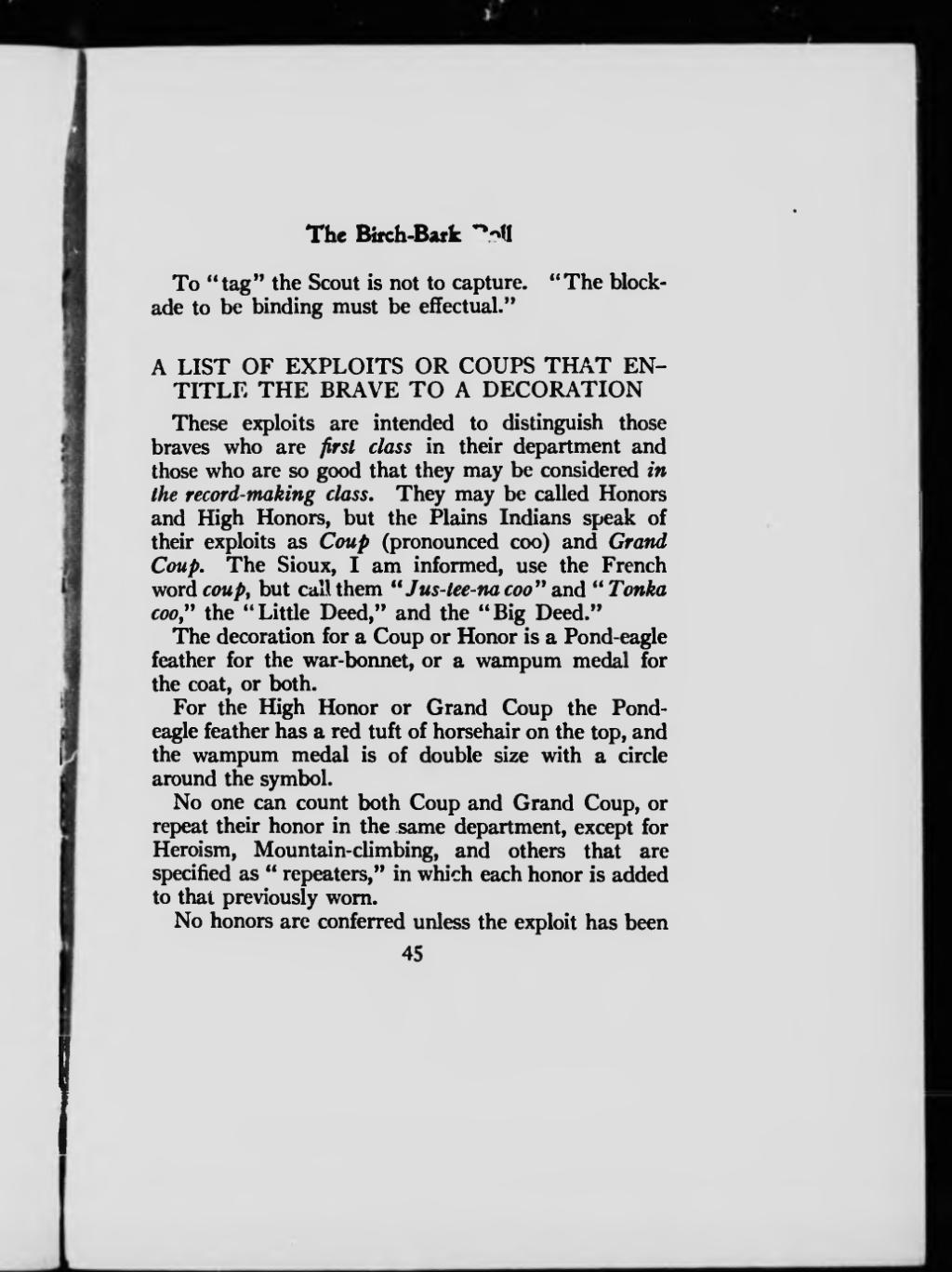