Continue from page 49 Commandant"[1] of any given place a mile or two away. He is told to take the letter to any one of three given houses, and get it endorsed, with the hour when he arrived, then return to the starting point within a certain time.

The Hostiles are sent to a point half way, and let go by a starter at the same lime as the Scout leaves the Camp. They are to intercept him.

They may not follow him into the house (that is, the Fort), but may surround it at one hundred yaids distance, or nearer if they do not show themselves. They do not know which three houses he is free to enter, but they do know that these are within certain narrow limits.

The Scout should wear a conspicuous badge (hat, shirt, coat, or feather,) and may ride a wheel or go in a wagon etc., as long as his badge is clearly visible. 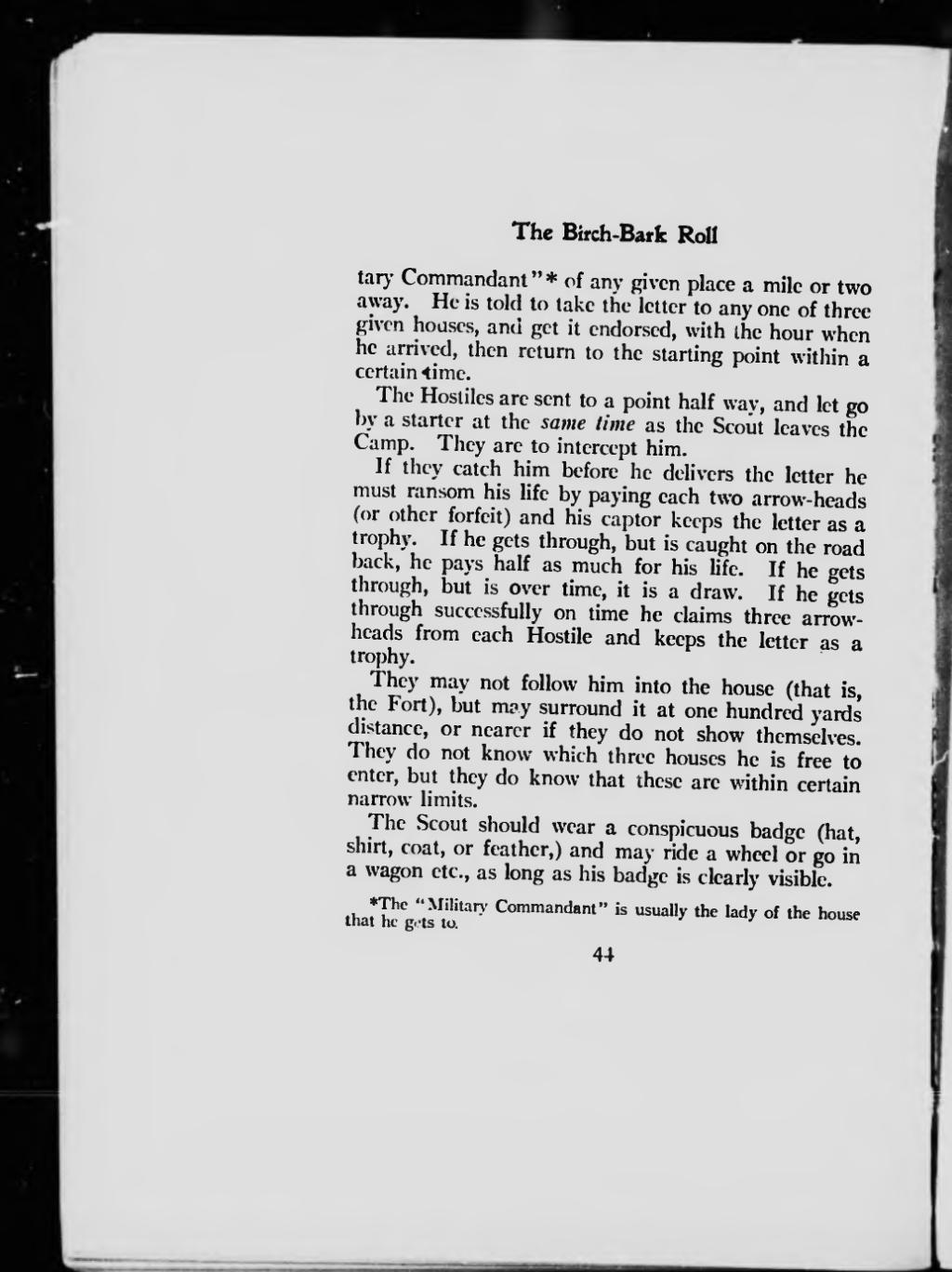