for coups and grand coups given later. They do not take the place of the feathers, but repeat the honor in another form. Thus a brave may wear both the eagle feather and the wampum medal for one feat.

Each brave wears a long tuft of black horsehair that answers as his scalp. The skin of this should be about one and a half inches across; it is furnished with a cord loop; the hair is as long as possible. This scalp is presented to the brave on entering the Tribe. After he has promised obedience and allegiance and signed the roll, the Medicine-man gives it to him, saying:—

"This is your scalp. Treasure this as your honor. You may lose it without absolute disgrace, but not without some humiliation."

He can lose it only in an important competition, approved by the Council, in which he stakes his scalp against that of some other brave. If he loses he surrenders his tuft to the winner and goes tuftless until the Council thinks proper to give him a new scalp. But he never gets back the old one, which remains the property of the winner for a teepee or other decoration.

The brave without tuft cannot vote or sit in Council or take part in the competitions. 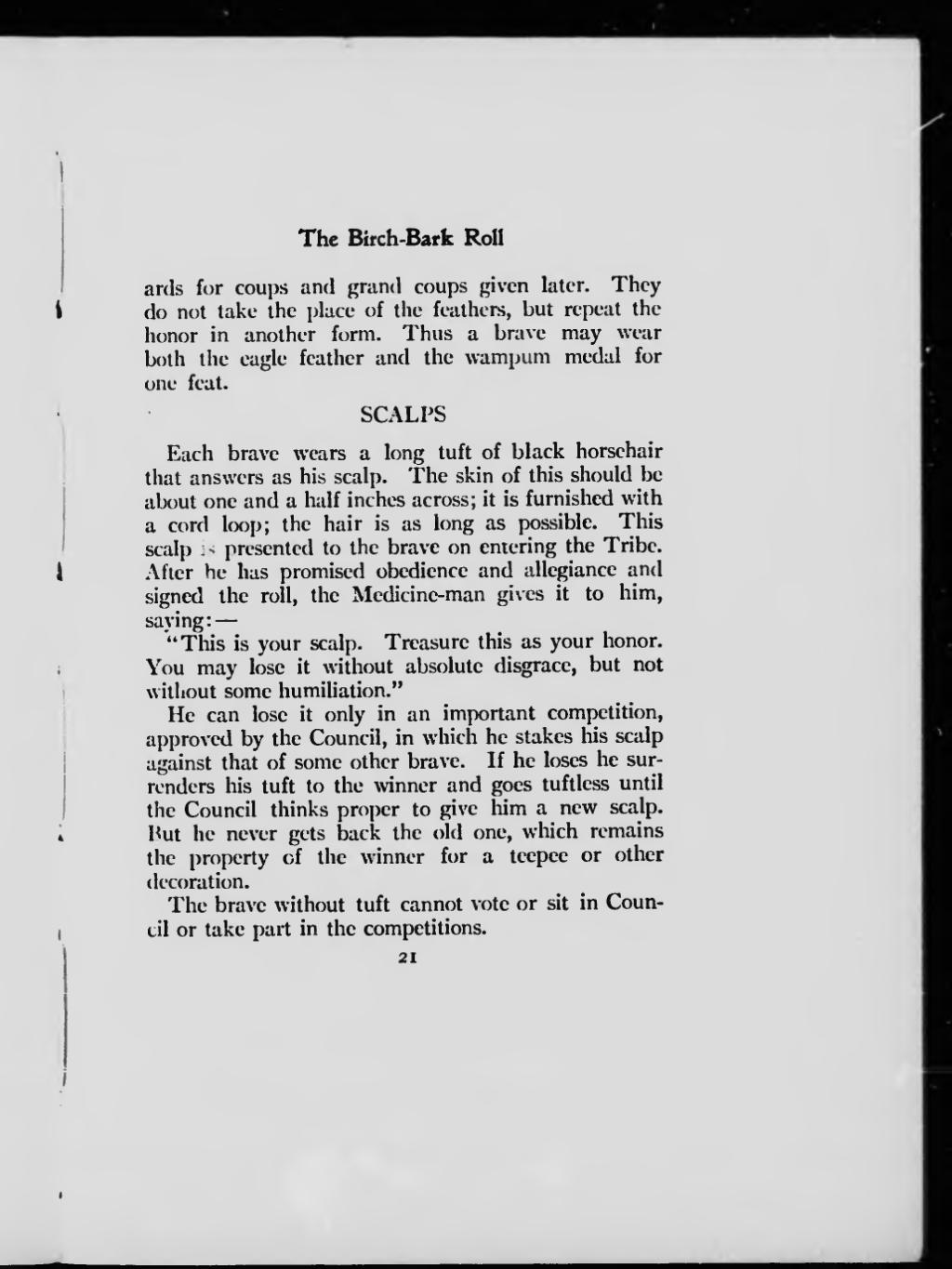