Buffalo, using silk, wool, or thread through the nostrils.

The Head Chief wears a horned shield. On the circle of the shield is engraved the totem of the Tribe.

The horns are worn only by a War Chief. The following shows their importance: —

"No one wears the headdress surmounted with horns except the dignitaries who are very high is authority, and whose exceeding valor, worth, and power are admitted by all the nation.

"This man (Mah-to-toh-pa) was the only man in the nation who was allowed to wear the horns, and all, I found, looked upon him as the leader who had the power to lead all the warriors in time of war." (Catlin, Vol. I, p. 103.)

The second and third War Chiefs wear the same badge as the first, except that it has one lower half of the shield hidder, with a lashing of colored thread.

The Medicine-man's badge has a shield without horns.

These medals are made of very beautiful shells, flat and cut in two sizes, the largest being about one inch by three quarters of an inch. They are engraved with the symbol of the deed for which given. They make decorations for the coat, the head-band or necklace, etc. They are awarded according to the standards ..text continues 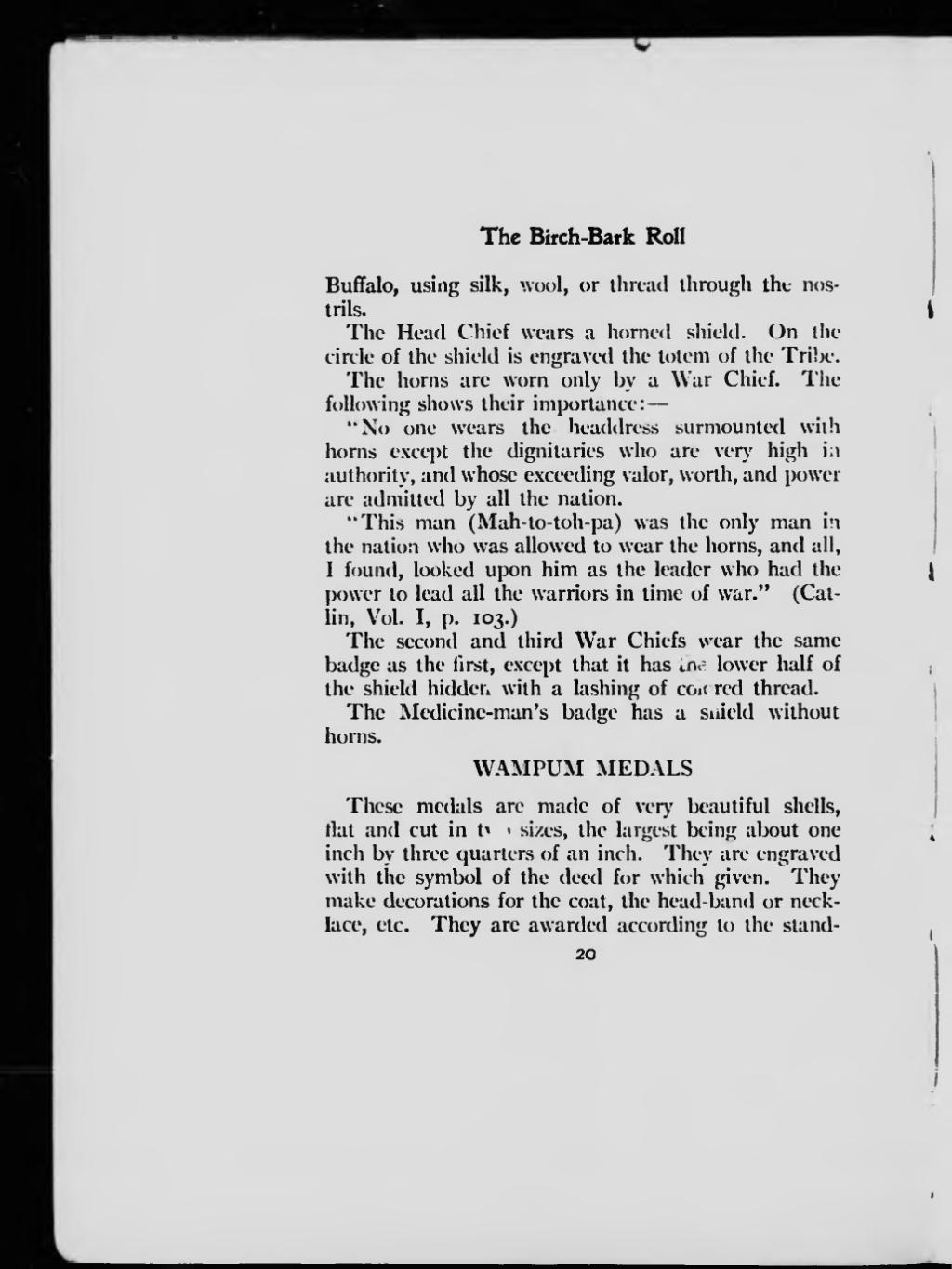