enough to go around the head and overlap by two inches; it is fastened at the rear, with a lace through the four holes, like the lace of machine belting. A bead pattern ornaments the front and it may be finished at each side in some broader design. It is the foundation for the war-bonnet and has places for twenty-four feathers (two eagle tails).

The feathers are made of white Pond-eagle[1] quill feathers, the tip dyed dark brown or black; a leather loop is lashed to the quill end of each to fasten it on to the head-band. Each feather stands for an exploit and is awarded by the Council. (See p. 45, etc.) An oval of paper is glued on near the high end. This bears a symbol of the feat it commemorates. If it was Grand Coup or High Honor, the feather has a tuft of red horsehair lashed on the top.

As each feather is won it is fastened in the head-band and thus forms part of the war-bonnet.

The feathers are held in place on the band by a lace through the bottom loop to hold them to the body of the cap, and another lace around them higher up. When the circle is complete the upper lace is not needed; instead is a stout thread through the ..text continues 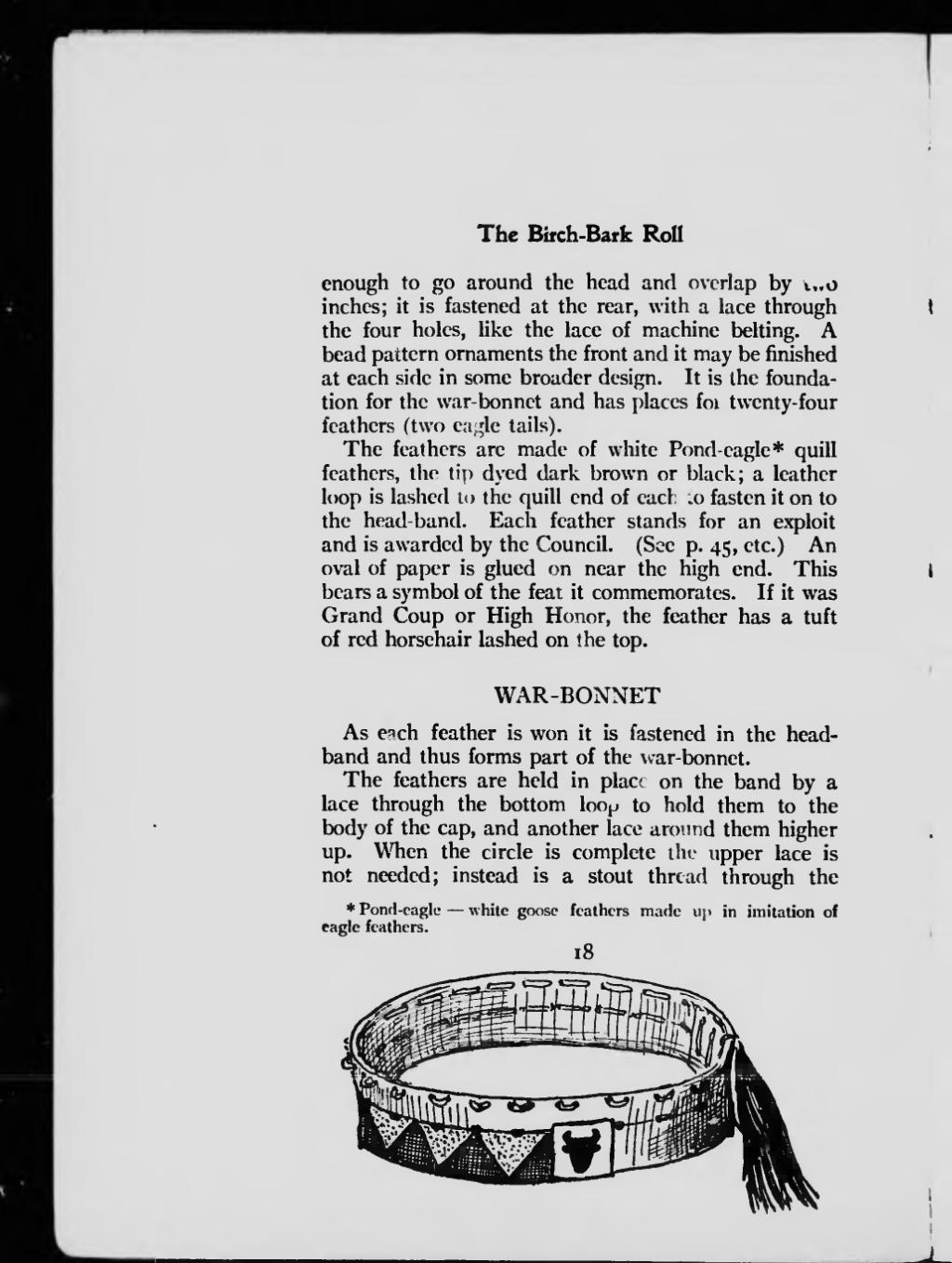