On rare occasions the name is an inglorious one. Thus a lazy boy was called "Young-man-afraid-of-a-Shovel," or "Shovel" for short; another was "Scare-cat," because of his timidity, but they can get rid of them as soon as they do something highly creditable.

When the Council decides that a bad name is to be dropped, the Chief or Medicine-man writes it on a piece of wood or bark. Then, making a speech explaining the circumstances, he burns the bark in the Council Fire, announcing that that name is forgotten. No one must mention it again under pain of punishment.

When a new name is given, the Chief makes a speech as before, tells of the exploit and announces the name. It is written down in the Tally; then each Chief and Councillor comes forward, shakes hands with the brave, saying "Bo-jou, Nichy" — followed by the new name.

Each brave needs a head band. This holds his feathers as they are won, and his scalp is fastened to it behind. It consists of a strip of soft leather, long ..text continues 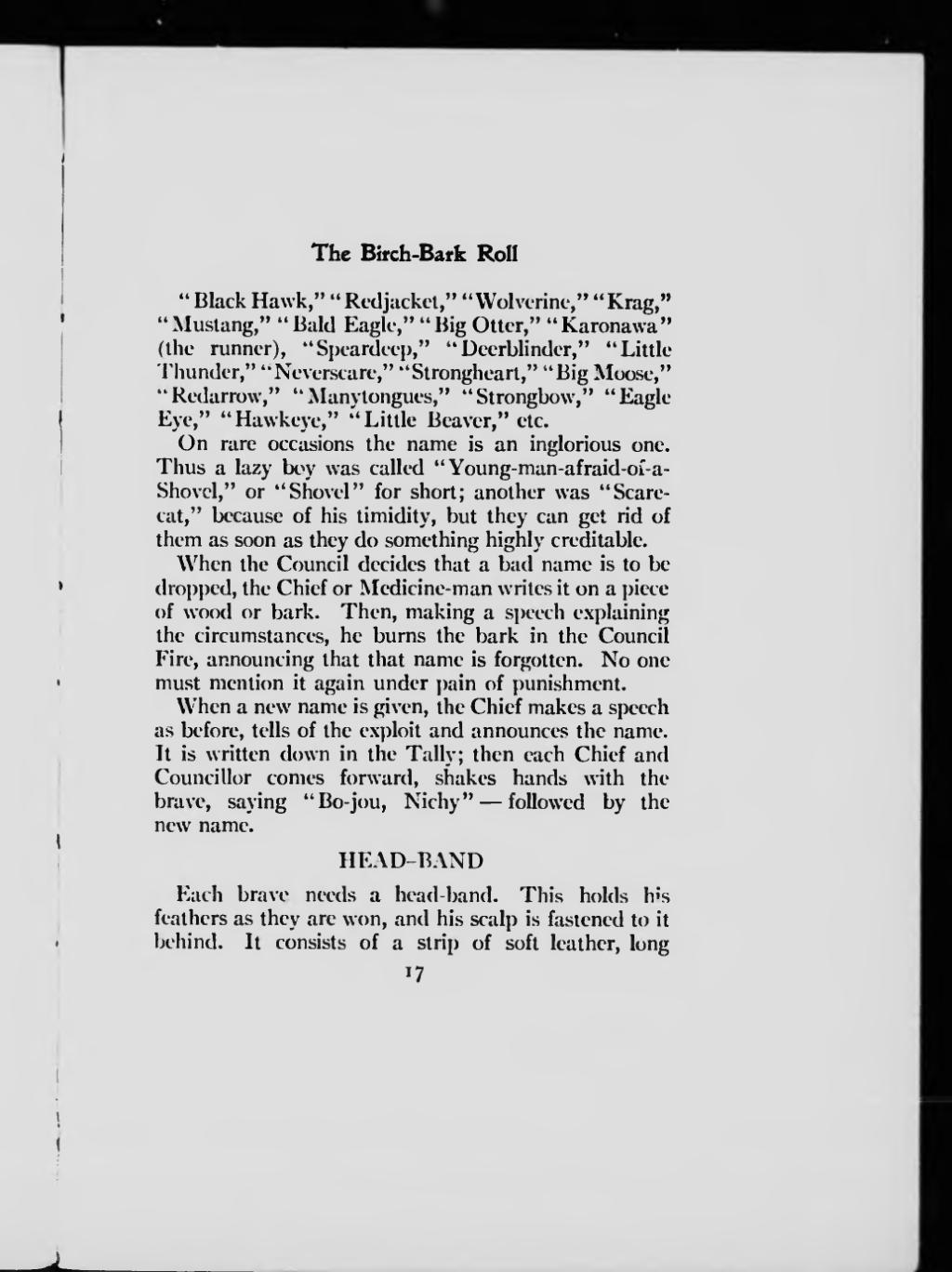