hangs the Medicine Scalp; the wooden feathers are white with black tips. If made smaller it should keep these same proportions.

Each brave aims at winning a name. These Indian names are a sort of honorable nickname given in recognition of some exploit or personal gift. Thus Deerfoot was the great runner and Hawkeye had the sharp eyes. Killdeer was famous in our deer hunt, as also was Deerslayer; Gray-wolf was the best scout; Eel-scoat was the one who slipped through the enemies' lines as often as he pleased; Little Beaver was the best worker; Chicadee was the smallest; the noisy chatterer, forever showing off without doing any work, was called Bluejay; Spycatcher was given to a warrior who captured a Hostile Spy by a deed of unusual daring; one small boy whose tears were ever ready to flow was named Rain-in-the-Face, and an awkward brave who upset the canoe several times was called Tippecanoe.

When a brave has an objectionable nickname he can get rid of it by doing some great exploit. The chief then writes the old name on a piece of birch bark and publicly burns it in the camp-fire. After that it is forgotten; no one may use or mention it. Then the warrior is given his new name of honor. The following have been bestowed as distinctions: — 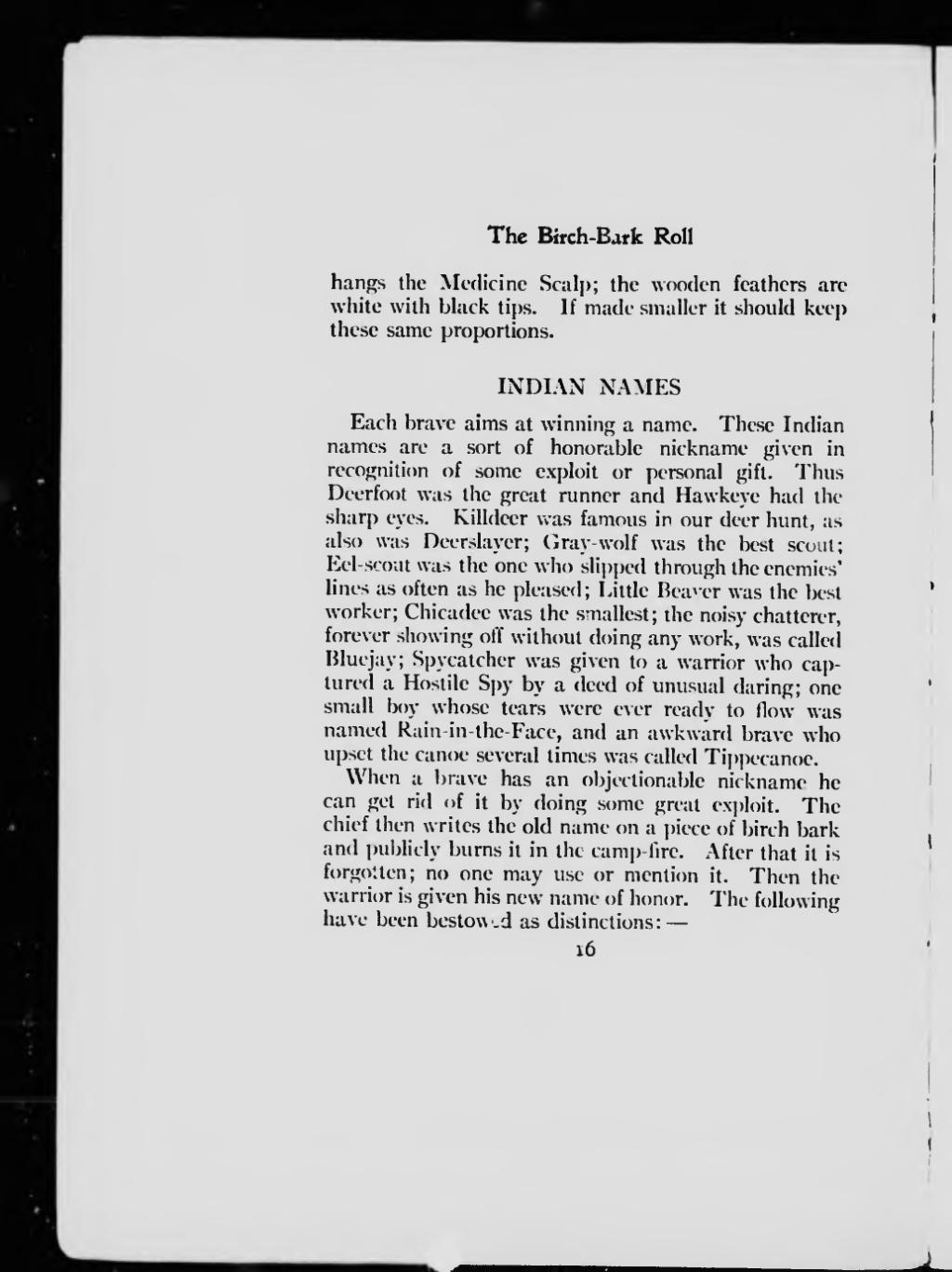