Such was the petition of Kanakuk, peace prophet and leader in 1819, when the Kickapoos were ordered to leave the fertile corn lands of their fathers in Illinois and move out into the rugged hills of Missouri, among their traditional enemies, the Osages.

The effect of the petition was much the same as that which vNaboth sent unto Ahab when that "president" of God's people coveted Naboth's heritage.

And what had they to charge against Kanakuk or his people? Their claim to the land was unquestioned. Were they objectionable or dangerous as neighbors? Surely not. No one pretended it. The doctrine Kanakuk taught his kindly people was a close parallel of the Ten Commandments, with the added clauses of non-resistance to violence, and of abstinence from drinking, gambling, and horse- racing.

Catlin, who visited the Prophet in his new home in 1831, and erronoeusly supposed the Kickapoo got these teachings from the Bible and the Christian missionaries, says (p.697):

I was singularly struck with the noble efforts of this champion of the mere remnant of a poisoned race, so strenuously laboring to rescue the remainder of his people from the deadly bane that has been brought amongst them by enlightened Christians. How far the efforts of this zealous man have succeeded in Christianizing, I cannot tell; but it is quite certain that his exemplary and constant endeavors have completely abolished the practice of drinking whiskey in his tribe, which alone is a very praiseworthy achievement, and the first and indispensable step toward all other improvements. I was some time amongst those people, and was exceedingly pleased and surprised also to witness tlieir sobriety and their peaceable conduct, not having seen an instance of drunkenness, or seen or heard of any use of spirituous liquors whilst I was among them. — (Catlin, Vol. IT, p. 98.) In 1883 there was a great renewal of his teaching among his people, and their kin in the Indian Territory. Their ritual consisted ..text continues 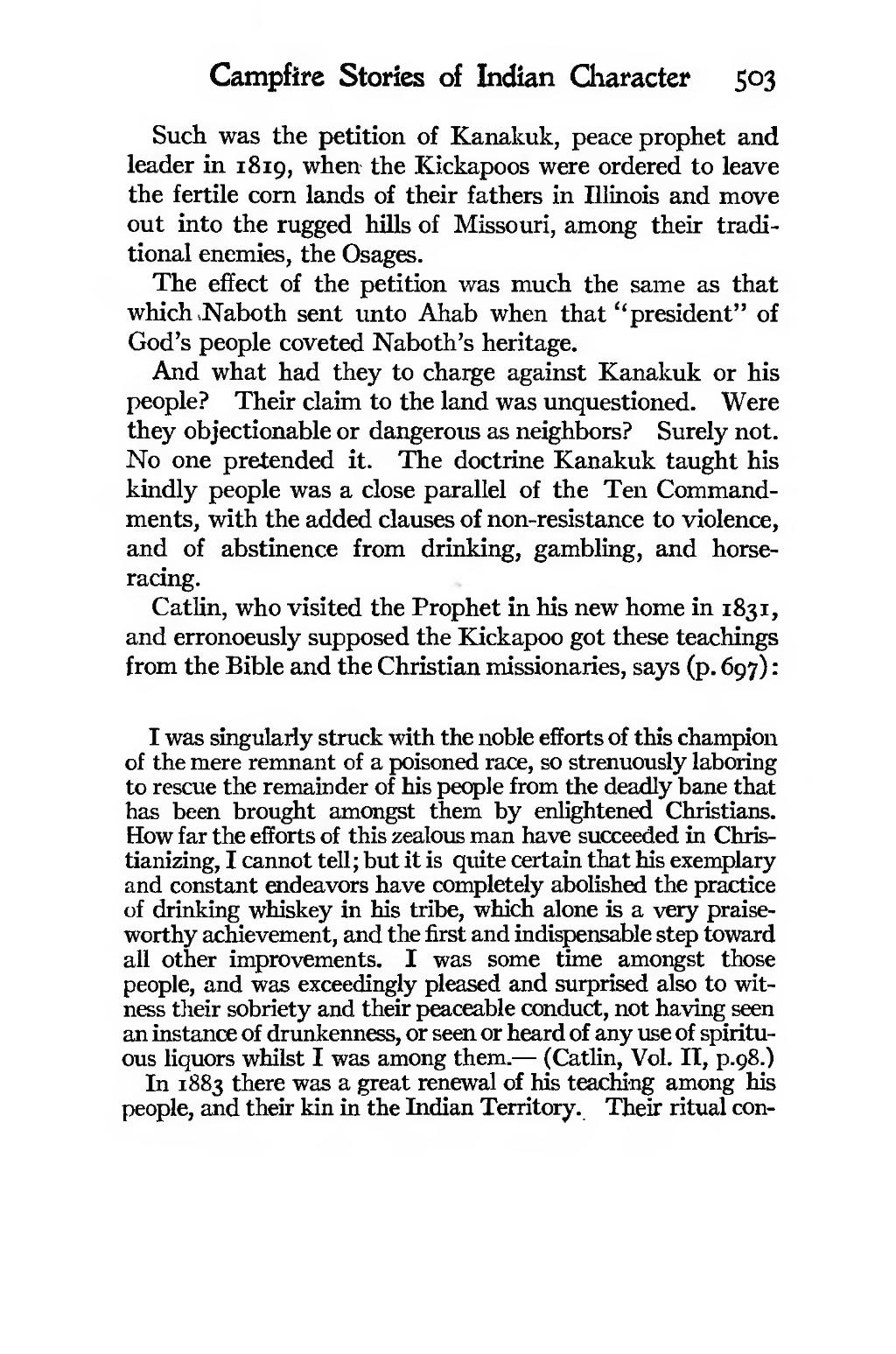