If ever the great Hiawatha was reincarnated it must have been in the form of Tecumseh. Like Hiawatha, he devoted his whole life to the service of his people on the most heroic lines. Like Hiawatha, he plarmed a national federation of all Redmen that should abolish war among themselves and present asolid front to the foreign invader. "America for the Americans" was his cry, and all his life and strength were devoted to the realization of his dream. Vahant as Pontiac, wise as Metacomet, magnificent as Powhatan, kind and gentle as the young Winona, he was a farther-seeing statesman than they ever had had before, and above all was the first leading Redman to put an end to the custom for which they chiefly are blamed, the torturing of prisoners. His people were always kind to their own; his great soul made him kind to all the world. He fought his people's battles to the end, and when he knew the cause was lost he laid aside his British uniform, girded himself in his Indian war-chief dress for the final scene, bade good-bye to his men and went forth, like King Saul on Mt. Gilboa's fatal field, to fight and fighting die. And the Star of his race had set.

Measured by any scale, judged by any facts, there can be but one verdict: He was a great man, an Indian without guile, a mighty soldier and statesman, loved and revered by all who knew him. More than a Red nobleman, he was acclaimed by all his kin who knew his life as in very truth a Son of God.

"My father," he pleaded with President Monroe, "the Great Spirit holds all the world in his hands. I pray to him that we may not be removed from our lands. … Take pity on us and let us remain where we are." 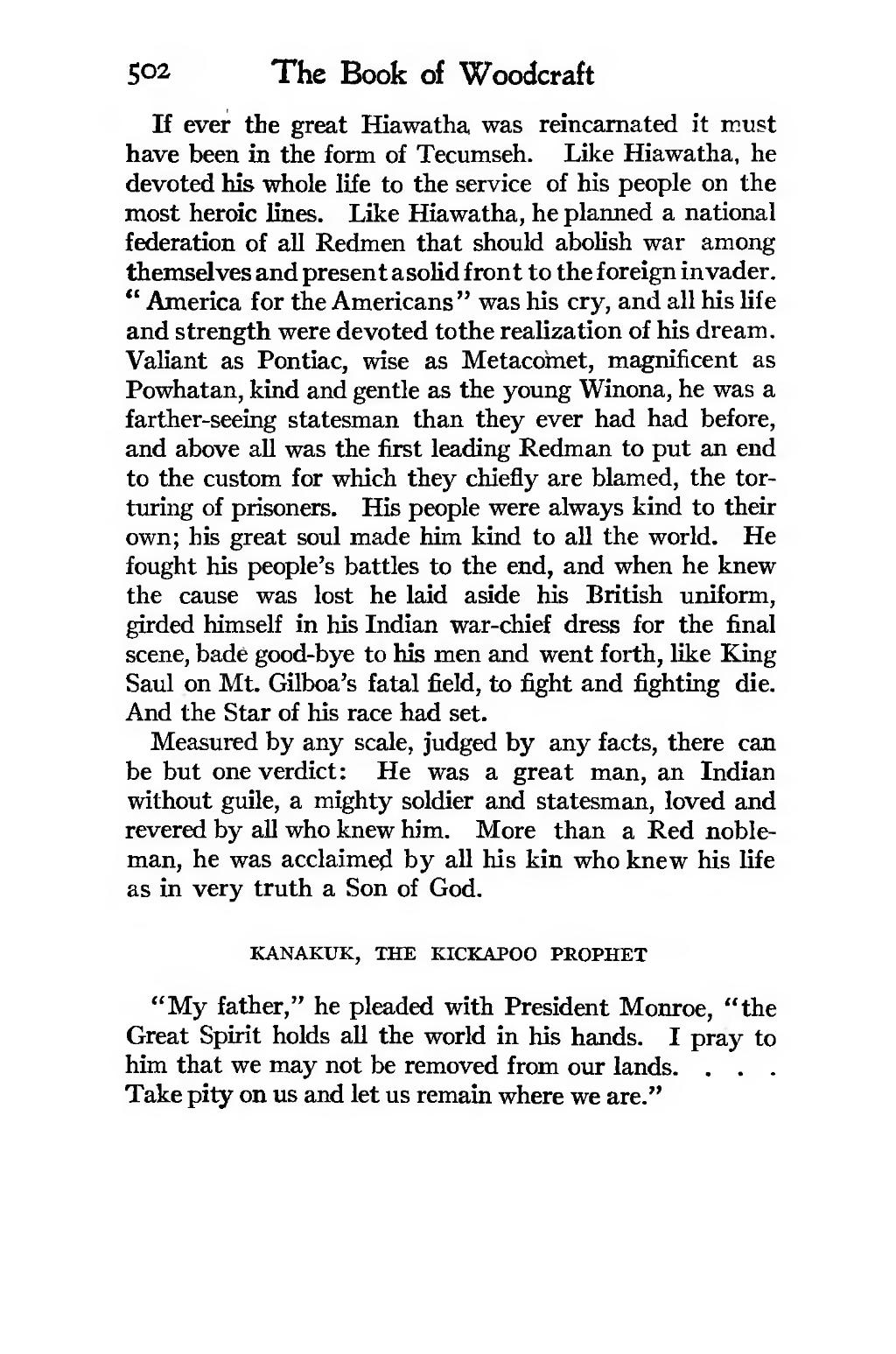