396 The Book of Woodcraft its effects, until too late for treatment, the victim is beyond human help, and slowly succumbs. For centuries its nature has been a mystery; it has defied all remedies, only lately have we begun to win a little in the fight with this insidious assassin. There are thousands of tons of delicious food spread in our Fly amanita. woods and pastures every year, and allowed to go to waste because of the well-founded terror of the Deathcup. Every one should make a point of learning its looks and smash- ing all he can find, together with the half-formed yoimg ones about it. We may not succeed in exterminating the pale fiend, but we can at least put that individual be- yond doing mischief or giving forth seeds. Hated Amanita {A. spreta). (Poisonous.) Foiir to six inches high, three to five inches across the cap, with a bump in the middle, whitish or pale or rich brown, giUs white, a 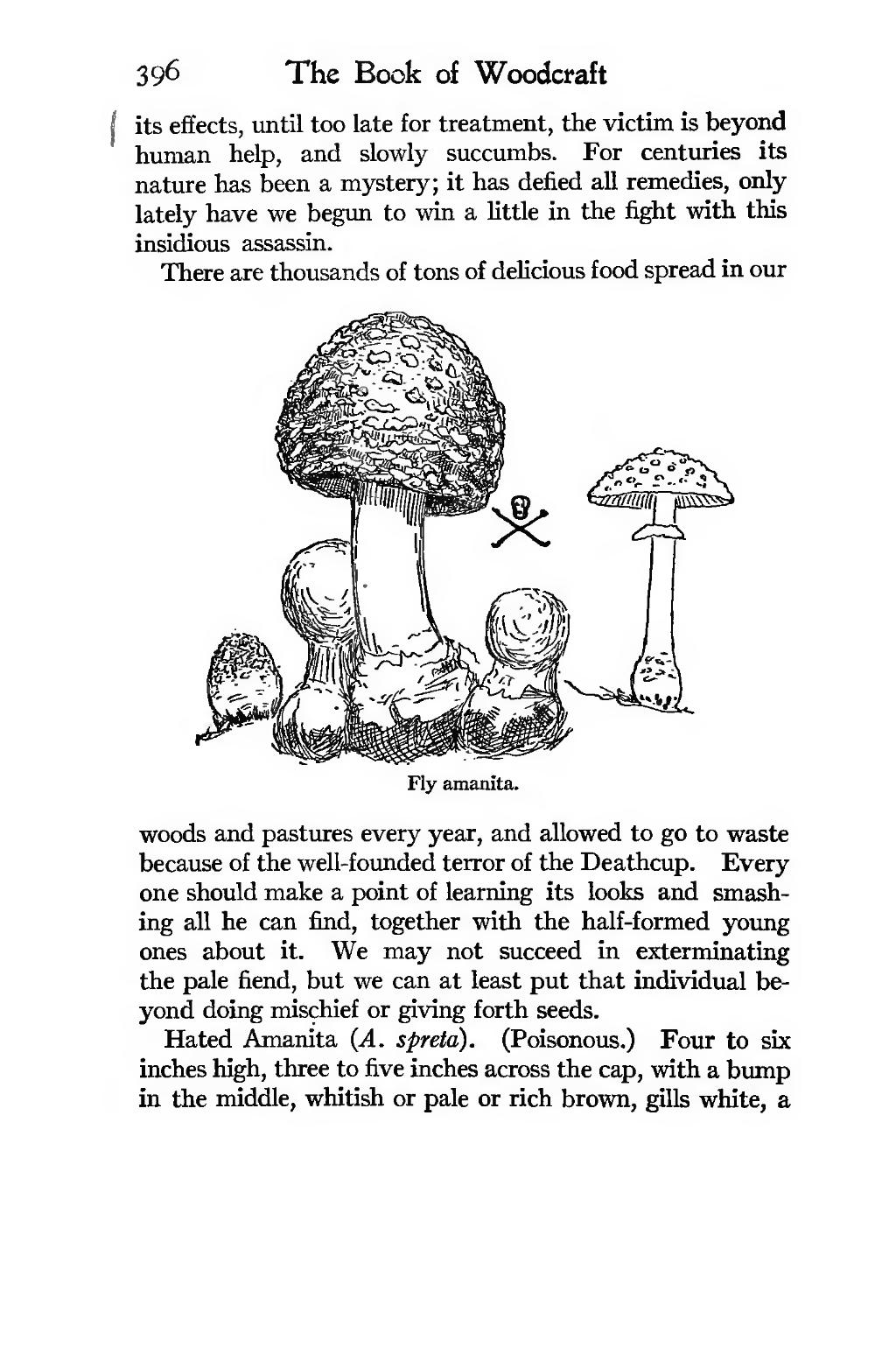