Mushrooms, Fungi, or Toadstools 397 large loose yellowish poison cup; the stem tapers above the ring and at the base and is tinged reddish brown in the middle. Fly Amanita {A. muscaria). (Poisonous.) About the same size; mostly yellow but ranging from orange red to almost white usually with raised white spot sor scales on the top; gills white — or tinged yellow, spores white; flesh, white. Frost's Amanita (A. frosiiana). (Poisonous.) This is another gorgeous demon, small but brilliant and deadly. It is two to three inches high, with the cap one to two inches broad. The cap is brilliant scarlet, orange or yellow and warty, fluted on the margin. The gills are white or tinged yellow, the spores white; the stem white or yellow and the bulb margined above with a smooth collar or ring. A woodland specimen, no doubt responsible, Mcllvaine thinks, for the bad reputation of the scarlet Russula which is harm- less but resembles this. Tall Deathcup (A. excelsa). (Poisonous.) This tall and lonely pirate of the beech woods is about four to six inches in stature as it stands in its cup, and four to five inches across the top which is brownish gray, fleshy and sticky, often wrinkled and covered with tiny warts, edge of cap fluted; gills white; stem covered with scales on its lower parts at least. There are about twenty more of the Amanitas, varying in size and color, but most have the general style of tall flat mushrooms, and the label marks of poison viz: White or yellow gills, a poison cup, and white spores. They are not known to be poisonous. Some of them are good eating. One of them, the King Cap or Royal Mushroom. {A. Caesarea), is said to be the finest of all mushrooms. This magnificent and fa- mous toadstool is three to eight inches across the cap which is smooth and of a gorgeous red orange or yellow color; gills 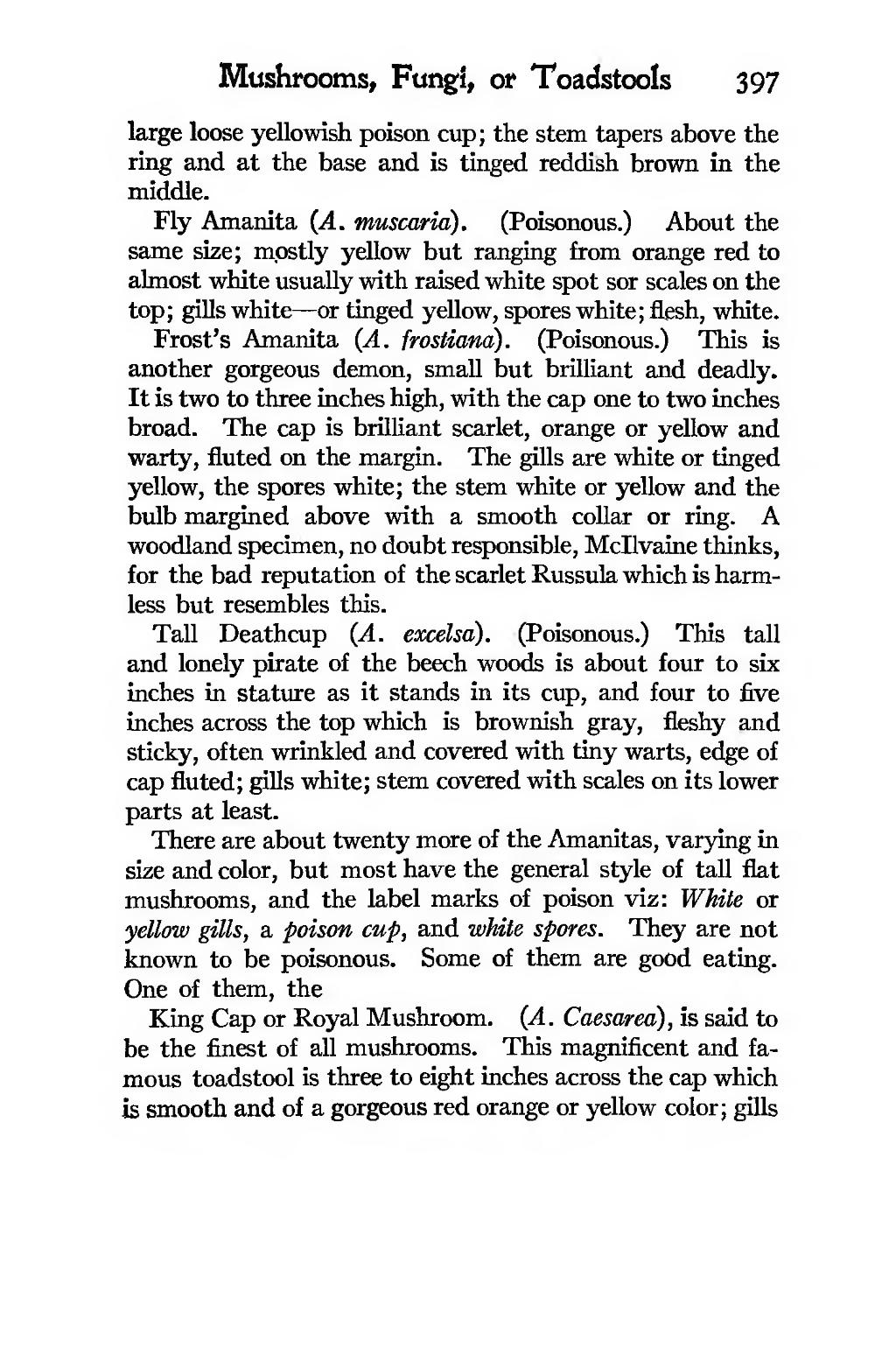