204 The Book of Woodcraft Star." Note that it is in the end of the handle of a Little Dipper, or, as it is called, the Little Bear, Ursa minor; this Bear, evidently, of an extinct race, as bears, nowa- days, are not allowed such tails. Now, let us take another view of the Dipper. Its handle is really the tail of the Great Bear, also of the extinct long- tailed race. (Cut 2.) Note that it is composed of seven stars, hence its name, "The Seven Stars." Four of these are in the bowl and three in the handle; the handle is bent at the middle star, and this one is called Mizar. Just above Mizar is a tiny star called Alcor. Can you see Alcor? In all ages it has been considered a test of good eyesight to see this little star, even among the Indians. They call the big one the Old Squaw, and the little one the "pappoose on her back." Keep this in mind as a test. Can you see the pappoose? If I give you the Latin names of the stars and the scien- tific theories as to their densities and relations, you certainly will not carry much of it away. But let us see if the old animal stories of the sky are not a help. In Cut No. 2 of the Great Bear Hunt, for instance, you see the Dipper in the tail of the long- tailed Bear; and not only is this creature himted, but in many other troubles. Thus, there is a swarm of flies buzzing about his ear, and another on his flank below b of the Dipper. These swarms are really nebula or clusters of very small stars. Close below the Bear are two Hounds of Bootes in leash and in full pursuit of Ursa. They also have annoyances, for there is a swarm of flies at the ear of each. On Ursa's haimch are two areas that, according to the star maps, belong to the Hounds, so we must consider them the bites the hoimds are going to take out. Last, and leading, is the great hunter "Bootes." If you follov/ the Dipper, that is, the Bear's tail, in a curve for 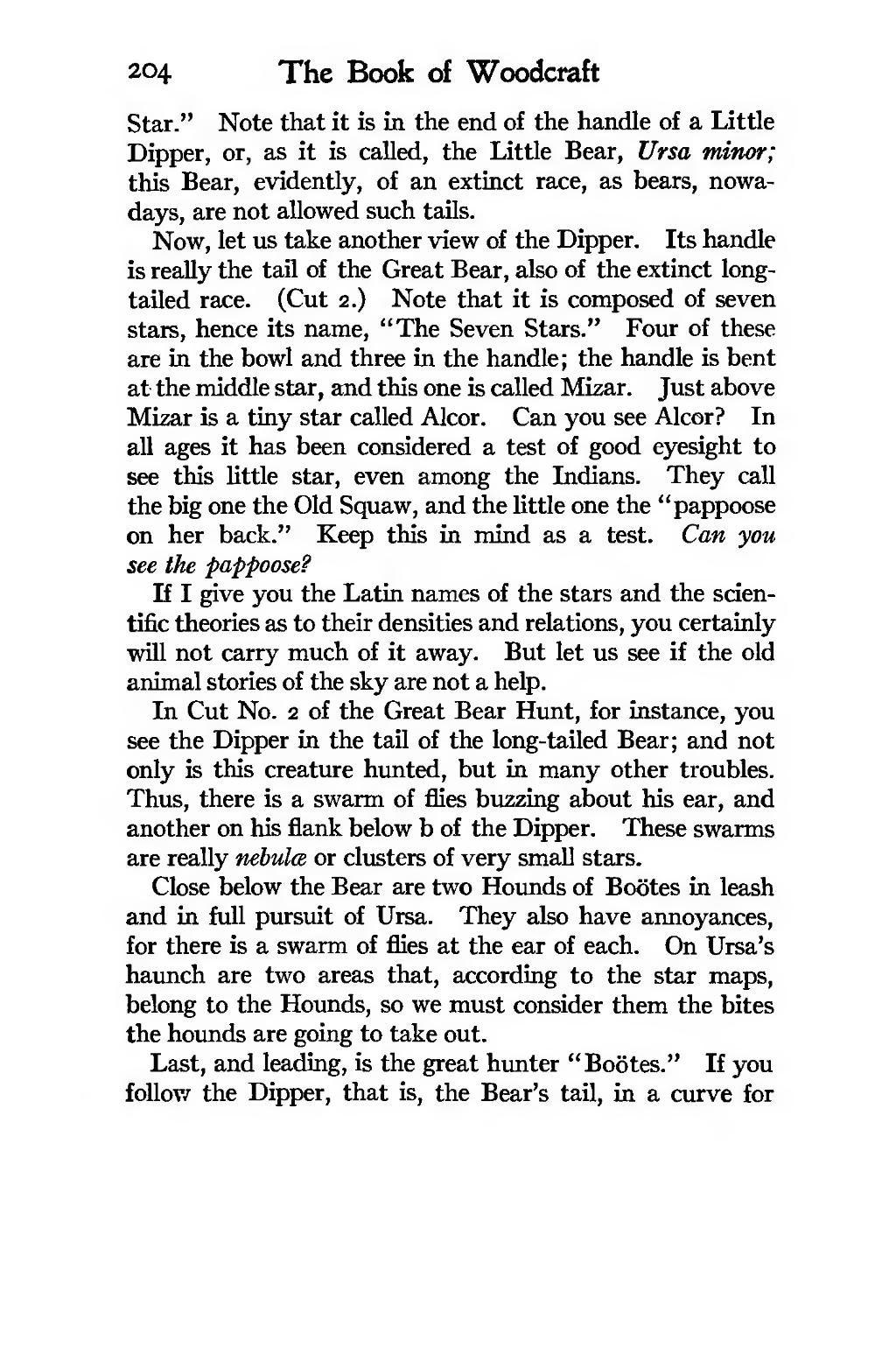