General Scouting Outdoors 203 The classical legend has it that the nymph Callisto, having violated her vow, was changed by Diana into a bear, which, after death was immortalized in the sky by Zeus. Another suggestion is that the earUest astronomers, the Chaldeans, called these stars "the shining ones," and their word happened to be very like the Greek Arktos (a bear). Another explanation (I do not know who is authority for either) is that vessels in olden days were named for animals, etc. They bore at the prow the carved efl&gy of their namesake, and if the "Great Bear," for example, made several very happy voyages by setting out when a certain constellation was in the ascendant, that constellation might become known as the Great Bear's Constellation. It is no doubt, because it is so conspicuous, that the Great Bear is the oldest of all the constellations, in a human historical sense. Although it has no resemblance to a Bear, the tail part has obvious resemblance to a Dipper, by which name it is known to most Americans. Therefore, because so well known, so easily pointed out, and so helpful in pointing out the other stars, this Dipper will be our starting point and shall prove our Key to the whole sky. If you do not know the Dipper, get some one who does to point it out; or look in the northern sky for the shape shown in Cut, remembering that it goes aroimd the Pole Star every twenty-four hours, so that at different times it is seen at different places. Having found the Dipper, note carefully the two stars marked b and a; these, the outer rim of the Dipper bowl are called the Pointers, because they point to, or nearly to, the Pole Star; the latter being about three dipper rims (a d) away from the Dipper. Now, we have found the great Pole Star, which is called by Indians the "Star that never moves" and the "Home 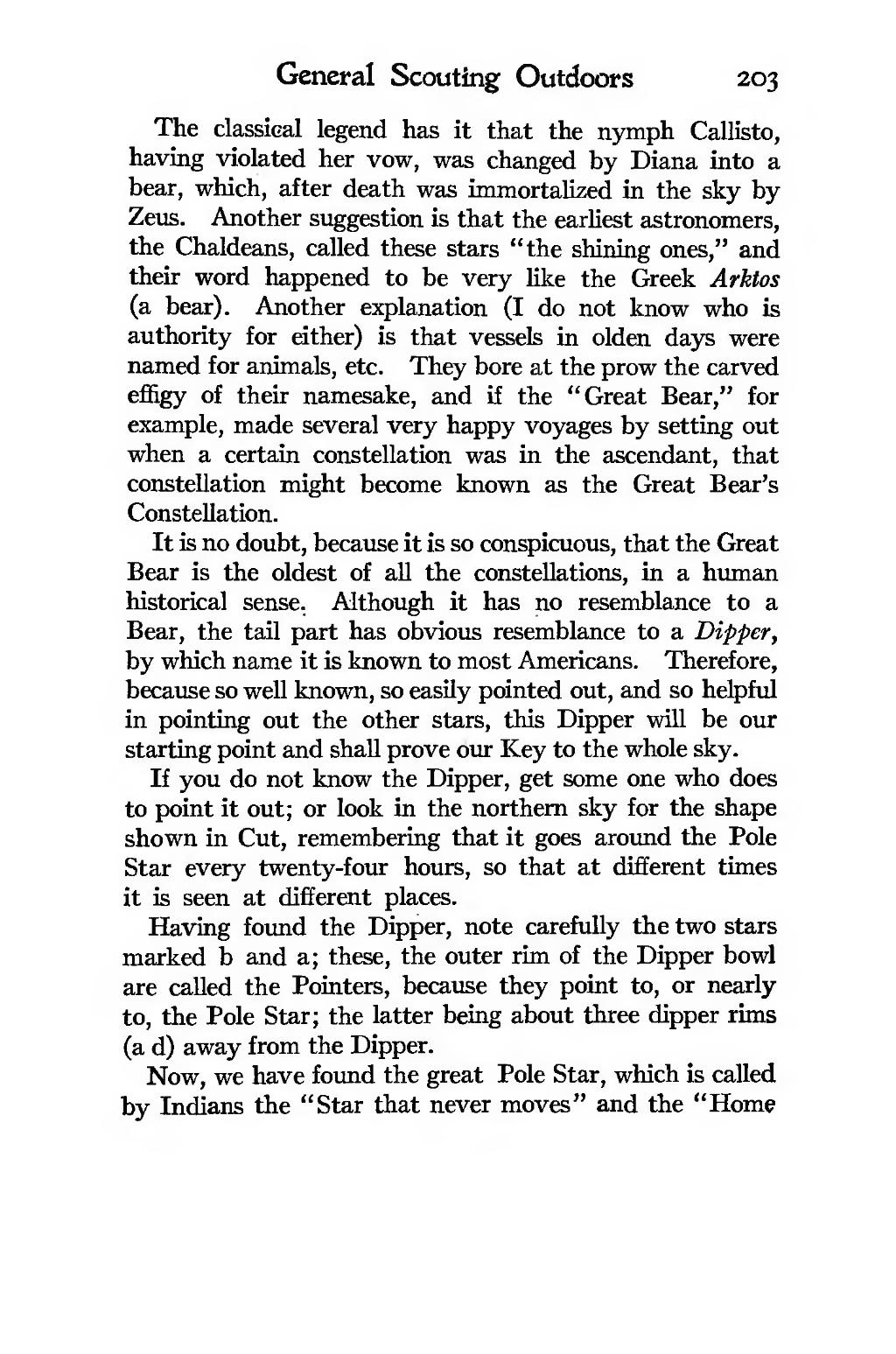