General Scouting Outdoors 205 the length of two tails, it will bring you to Arcturus, the wonderful star that the Bear hunter wears Uke a blazing jewel in his knee. Just above the head of Bootes is another well-known con- stellation, the Northern Crown. {Corona borealis.) This very small and very beautiful star-group has been called the "Diamond Necklace in the sky." because it looks like

WS- w ,* ■» '^' » ■^ij) CUT 2. Bootes Hunting the^ Great Bear a circle of jewels with one very large one in the middle of the string. The Indians call it the Camp Circle of the Gods. If you draw a Une from the back rim of the Dipper through Mizar, that is, the star at the bend of the handle, and continue about the total length of the Dipper, it will touch the Crov^. The step from the Crown to the Cross is natural, and is easy in the sky. If you draw a line up- f ward from the middle of the Dipper »-^* bowl, straight across the sky, about three *' " .^ total Dipper lengths, until it meets the '^ •»{» Milky Way, you reach the Northern *. Cross, which is also called Cygnus, the northern cross 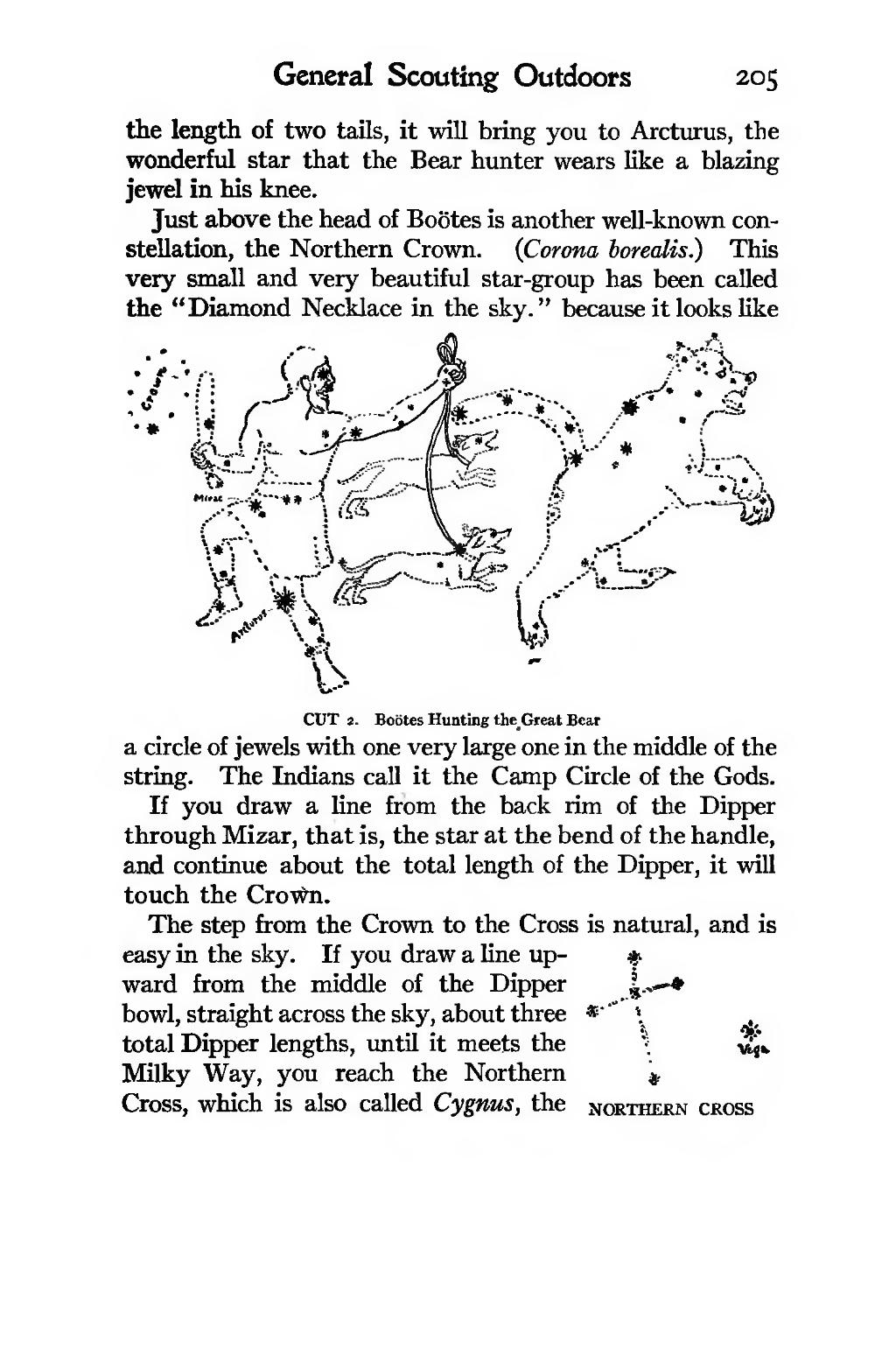