squawk, get a searchlight and go quietly to the place. The light will help you to come close, and in the water up to his chin, you will see him, his gold-stone eyes blazing like jewels and his throat blown out like a mammoth pearl, each time he utters the "squawk" which he intends for a song. And it is a song, and a very successful one, for a visit to the same pond a week or two later, will show you — not the Cat's-eye or his mate, they have gone a-tunnelling — but a swarm of little black pin-like tadpole Cat's-eyes, born and bred in the glorious sunlight but doomed and ready, if they live, to follow in their parents' tracks far underground. Sure proof that the song did win a mate, and was crowned with the success for which all woodland, and marshland song first was made.

How the Bluebird Came

Nana-bo-jou, that some think is the Indian name for El Sol and some say is Mother Carey, was sleeping his winter's sleep in the big island just above the thunderdam that men call Niagara. Four moons had waned, but still he slept. The frost draperies of his couch were gone; his white blanket was burnt into holes. He turned over a little; then the ice on the river cracked like near-by thunder. When he turned again, it began to slip over the big beaver-dam of Niagara, but still he did not awake.

The great Er-Beaver in his pond, that men call Lake Erie, flapped his tail, and the waves rolled away to the shore, and set the ice heaving, cracking, and groaning; but Nana-bo-jou slept on.

Then the Ice-demons pounded the shore of the island with their clubs. They pushed back the whole river-flood till ..text continues 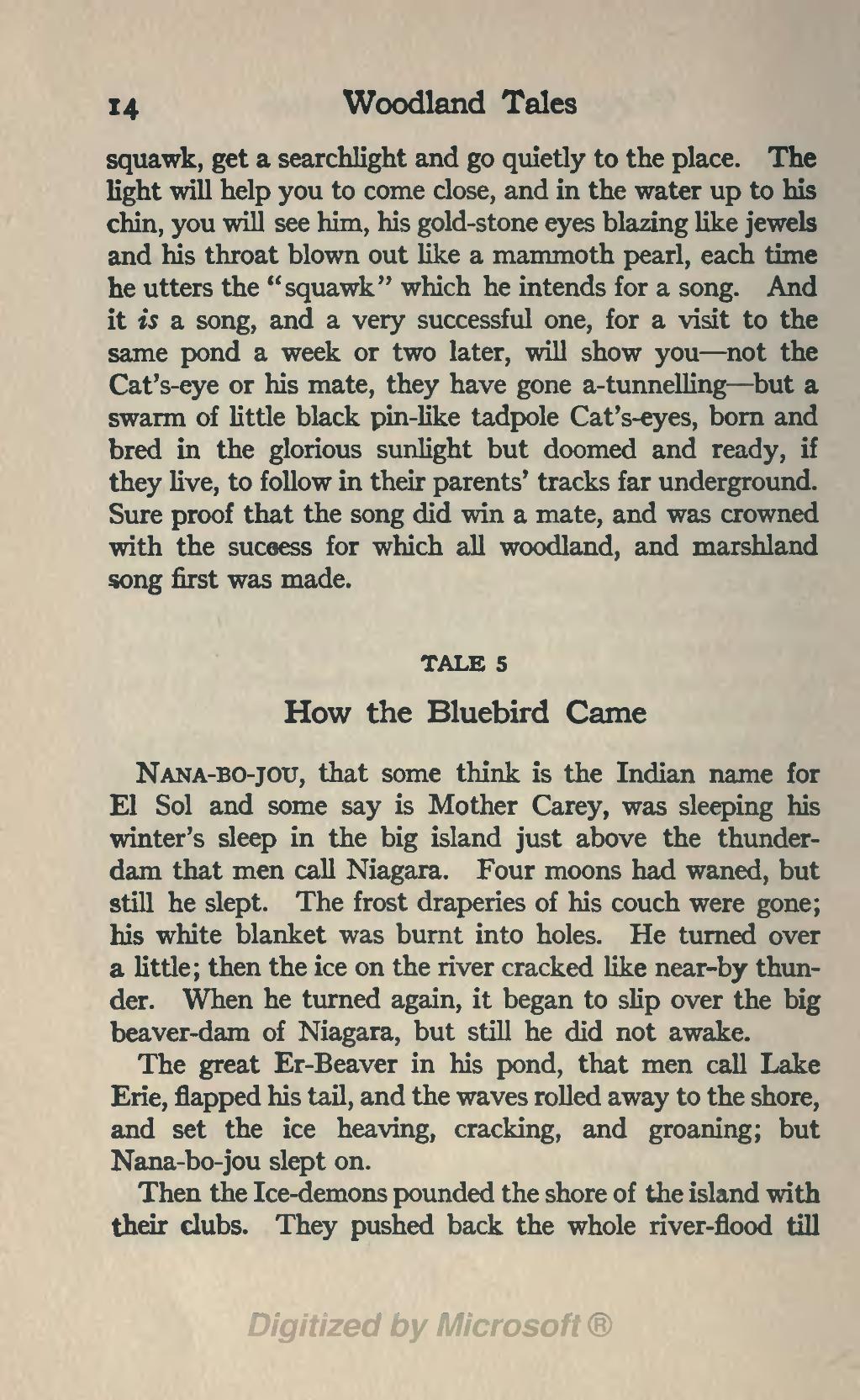