But you must not give up all your joyful creeds; you must keep on believing in the weird underground dwarfs; for I am going to tell you of one that the cold calculating Professor Science has at last accepted, and that lives in your own back-yard. That is, the Cat's-eye Toad or Spadefoot. It is much like a common Toad, but a little smoother, the digging spade on its hind foot is bigger and its eye, its beautiful gold-stone eye, has the pupil up and down like that of a Cat, instead of level as in its cousin, the warty Hoptoad.

But the wonderful thing about the Cat's-eye is that it spends most of its life underground, coming out in the early springtime for a few days of the most riotous honeymoon in some small pond, where it sings a loud chorus till mated, lays a few hundred eggs, to be hatched into tadpoles, then backs itself into its underground world by means of the boring machine on its hind feet, to be heard no more that season, and seen no more, unless some one chance to dig it out, just as Hans in the story dug out the mole-gnome.

In the fairy tale the Shepherd-boy was rewarded by the gnome for digging him out; for he received both gold and precious stones. But our gnome does not wish us to dig him out; nevertheless, if you do, you will be rewarded with a golden fact, and a glimpse of two wonderful jewel eyes.

According to one who knows him well, the Cat's-eye buries itself far underground, and sleeps days, or weeks, perhaps years at a time. Once a grave-digger found a Cat's-eye three feet two inches down in the earth with no way out.

How and when are we then to find this strange creature? Only during his noisy honeymoon in April.

Do you know the soft trilling whistle of the common Hoptoad in May? The call of the Cat's-eye is of the same style but very loud and harsh, and heard early in April. If on some warm night in springtime, you hear a song which sounds like a cross between a Toad's whistle and a Chicken's ..text continues 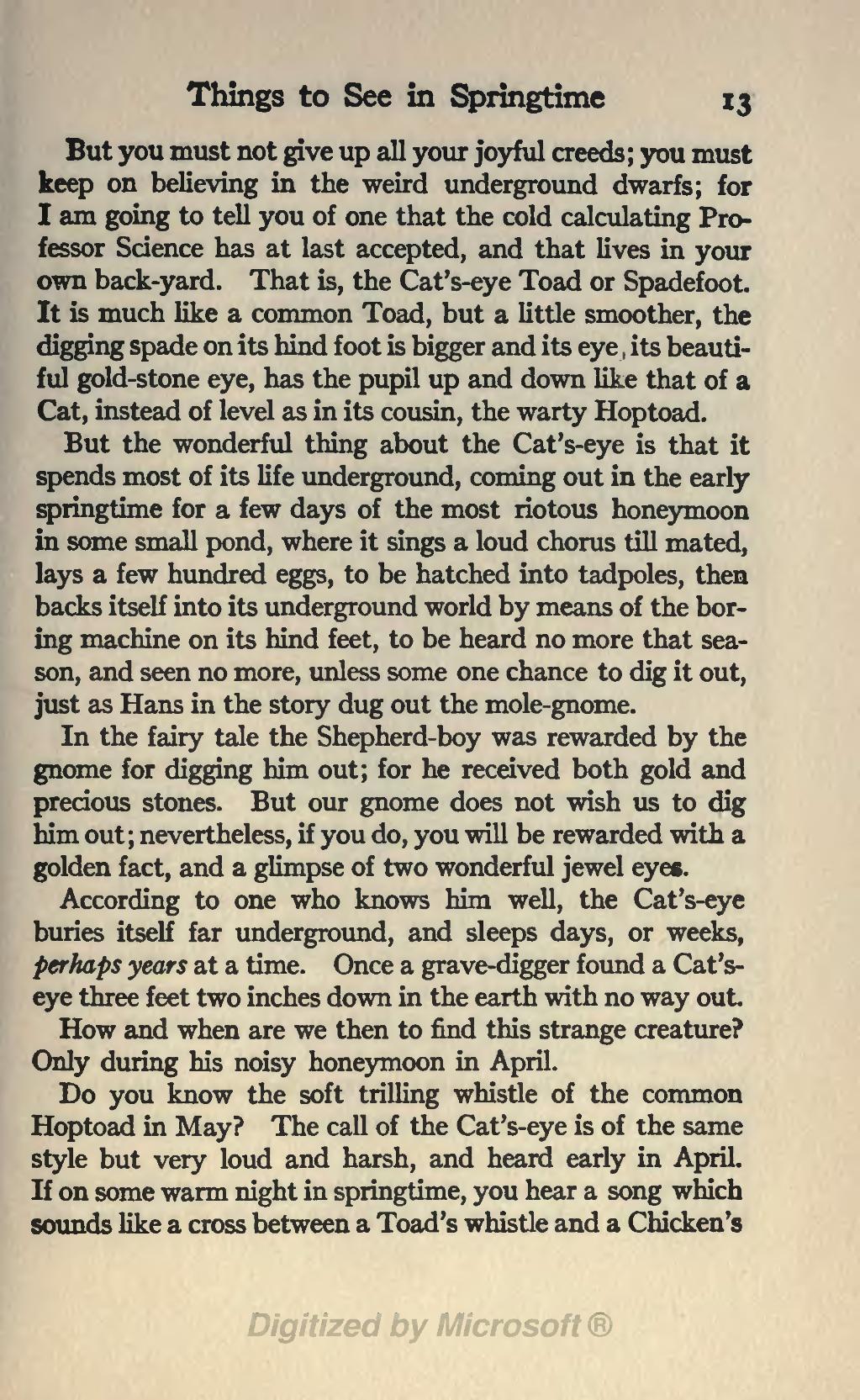