… if we call them by their Woodcraft names, and use the little symbols of the Woodcraft Kalendar.

Afar in our dry southwestern country is an Indian village; and in the offing is a high mountain, towering up out of the desert. It is considered a great feat to climb this mountain, so that all the boys of the village were eager to attempt it. One day the Chief said: “Now boys, you you may all go to-day and try to climb the mountain. Start right after breakfast, and go each of you as far as you can. Then when you are tired, come back: but let each one bring me a twig from the place where he turned.”

Away they went full of hope, each feeling that he surely could reach the top.

But soon a fat, pudgy boy came slowly back, and in his hand he held out to the Chief a leaf of cactus.

The Chief smiled and said: “My boy, you did not reach the foot of the mountain; you did not even get across the desert.”

Later a second boy returned. He carried a twig of sage-brush.

“Well”, said the Chief. “You reached the mountain’s foot but you did not climb upward.”

The next had a cottonwood spray.

Another came later with some buckthorn. The Chief smiled when he saw it and spoke thus: “You were climbing; you were up to the first slide rock.”

Later in the afternoon, one arrived with a cedar spray, and the old man said: “Well done. You went half way up.” 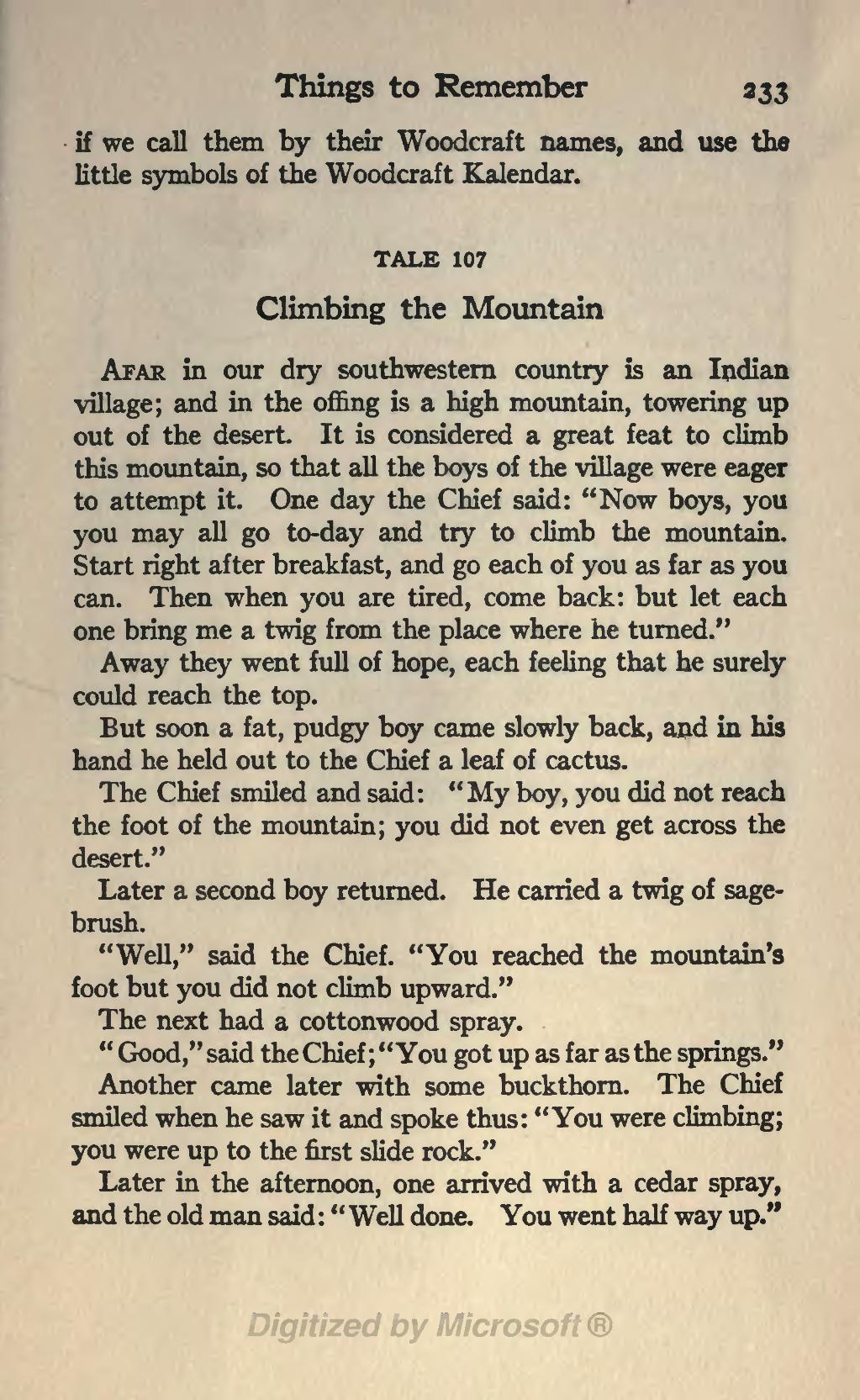