… their musical instruments very plainly, but believe me they have them; and you can hear them any late summer hot-weather time, in any part of the Eastern States and some parts of southern Canada.

And now let me finish with a secret. Katy is not a lady at all, but a he-one disguised in green silk stockings, and a green satin dress.

The Digger Wasp that Killed the Cicada

Strange things are done in the realm of Mother Carey; strange things and cruel. At least so they seem to us, for we do not know the plan that is behind them. We know only that sometimes love must be cruel. I am going to tell you of a strange happening, that you may see any hot day in August. And this is how it came about.

At that meeting in the woods when the Cicada and the Katydid undertook to be musicians, while the birds were on strike, there was one strong insect who gave off an angry “Bizz, Bizz” that sounded like Scab, Scab. That was the big yellow-and-black Digger Wasp, the biggest of the wasps, with a sting that is as bad as that of a baby rattle-snake. And that very day she declared war on the Cicada and his kind. The Katydids she could not touch, because the Wasp cannot see at night.

But the Cicada was easy to find. As soon as the day got hot, and that awful buzzing began in the trees, the Big Digger got her sting ready, and went booming along in the direction of the sound.

Now Mother Carey had given the Cicada bright eyes and strong wings, and it was his own business to take care of himself; but he was so pleased with his music that he never saw the fierce Digger Wasp, till she charged on him. 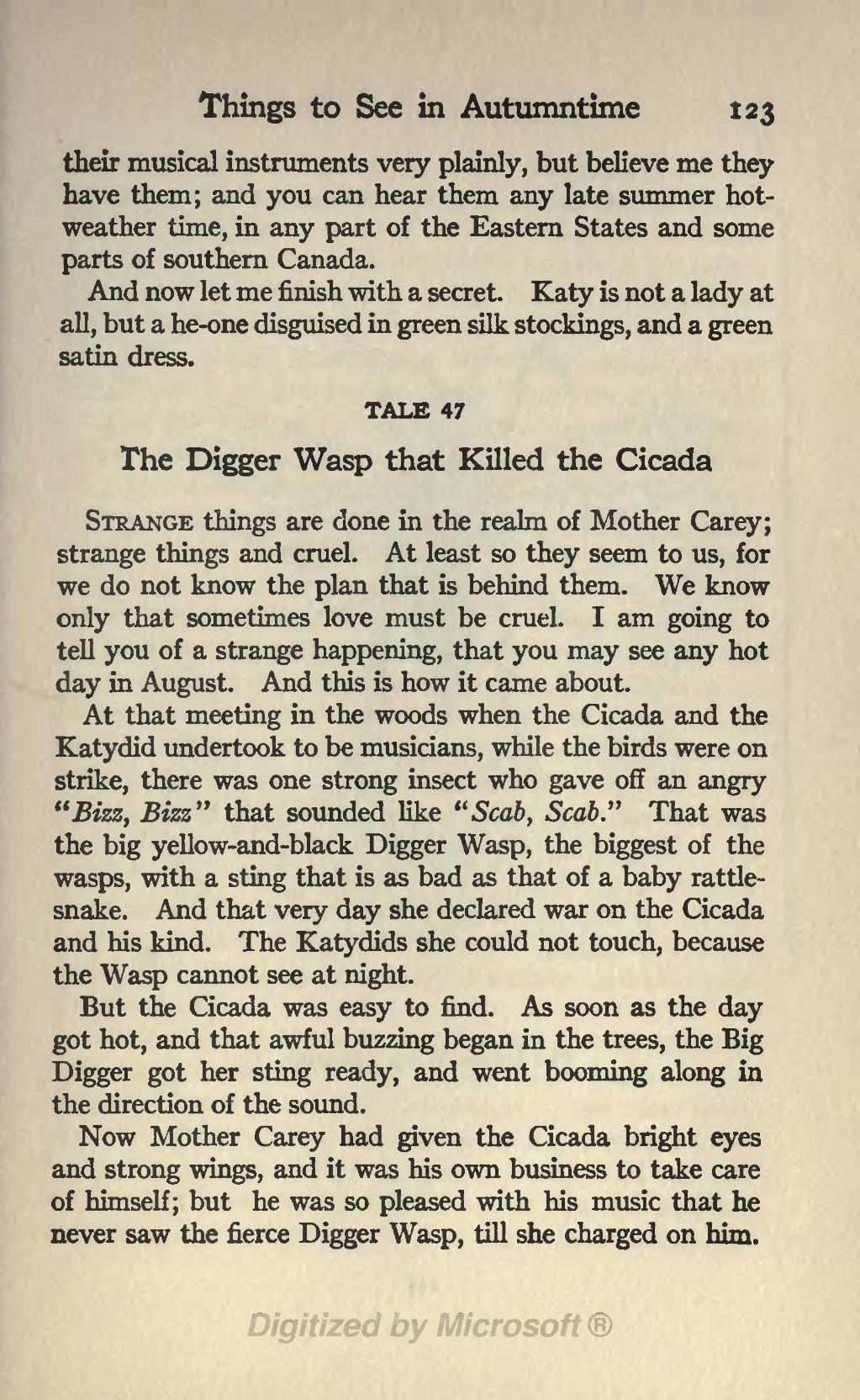