132 Woodland Tales Then she humped herself up over a green fiddle that she had under her cloak, and nearly deafened them with it* hoarse screechings. There was no doubt that these two could make as much noise as a wood full of birds; both were eager to take sole charge, and a bitter dispute arose as to whose idea it was first. But Mother Carey settled it by dividing the time. "You," she said to Cicada, "can take charge of the music by day, and you," she said to the Green one, "must take it up at sundown in place of the nightingale, and keep it up, till the night breaks, and both of you continue till the frost comes, or until the birds are back on the job." That is how it all came about. But there is considerable feeling yet among the Katies, that they should get all the night work, and never be seen performing. They think that their ancestor was the origi- nal inventor of this cheap substitute for bird song. And it is made all the worse by a division among themselves. Some say "she did" and some say "she didn't." If you notice in early August, they are nearly all shouting, "Katy- did." Then by the end of the month, "Katy-didn't" is stronger. In September it is still mixed. In October their work is over, the chorus ended, but you hear an oc- casional "Katy-did" and finally as late as Indian Siunmer, which is Hallowe'en, I have heard the last of the fiddlers rasp out "she did"; and do it in daytime, too, as though to flout the followers of Cicada. And, if the last word be truth, as they say, we may consider it settled, that Katy really and truly did. And yet I believe next year the same dispute will arise, and we shall have the noisy argument all over again. If you look at the portraits of Cicada, the Hotweather- bug or Locust, and of the Katydid, you will not see 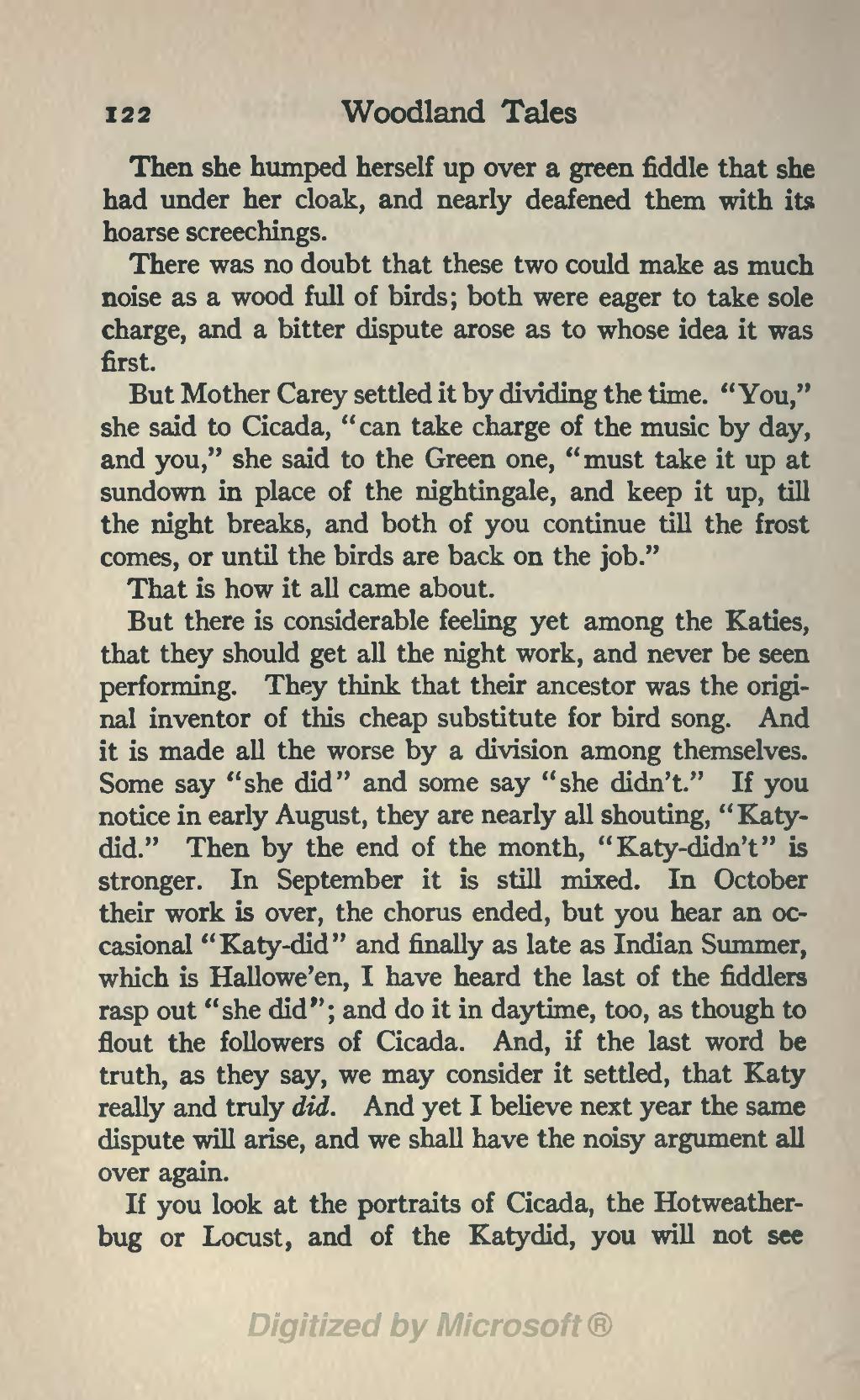