The Cicada and the Katydid

Once upon a time, long, long ago, the birds whose job it was to make the woods merry with their songs, decided to go on strike. They said, “We have sung all day, all springtime, and half way through the summer, but now we are moulting, the weather is frightfully hot; we need a rest, and we are going to stop singing, to take a holiday.”

Then Dame Nature, who is sometimes called the All-mother, or Mother Carey, said: “Dear me, this will never do! No songbirds, woods silent all through the dog-days. Now who will be strike-breakers and volunteer to supply the music till the birds get once more in a good humour?”

Then up at that question got a long-winged insect like a big fly, and a long-legged insect like a green grass-hopper, and both said at once, “I will”. Amid low murmurs of “Scab! Scab!” from many of the Wood-birds.

“You. I forgot that you two had any voices at all”, said Mother Carey.

Then the long-winged creature, whose name is Cicada, began, “True, my voice isn’t much, but I have invented a most successful musical Castanet. Listen!”

Then he began an extraordinary racket like an alarm clock, a threshing machine, and a buzz-saw all going together. He filled the grove with his noise, and set all the woodfolk laughing with his funny performance. Though, of course, he didn’t mean to be funny; he thought it was fine.

Then as the Cicada ceased. Mother Carey said to the Green Hopper, whose name was Katy, “Now, Katy, what can you do?”

“I do not brag of my voice, dear Mother”, said she, “but I am a thrilling performer on the violin”. 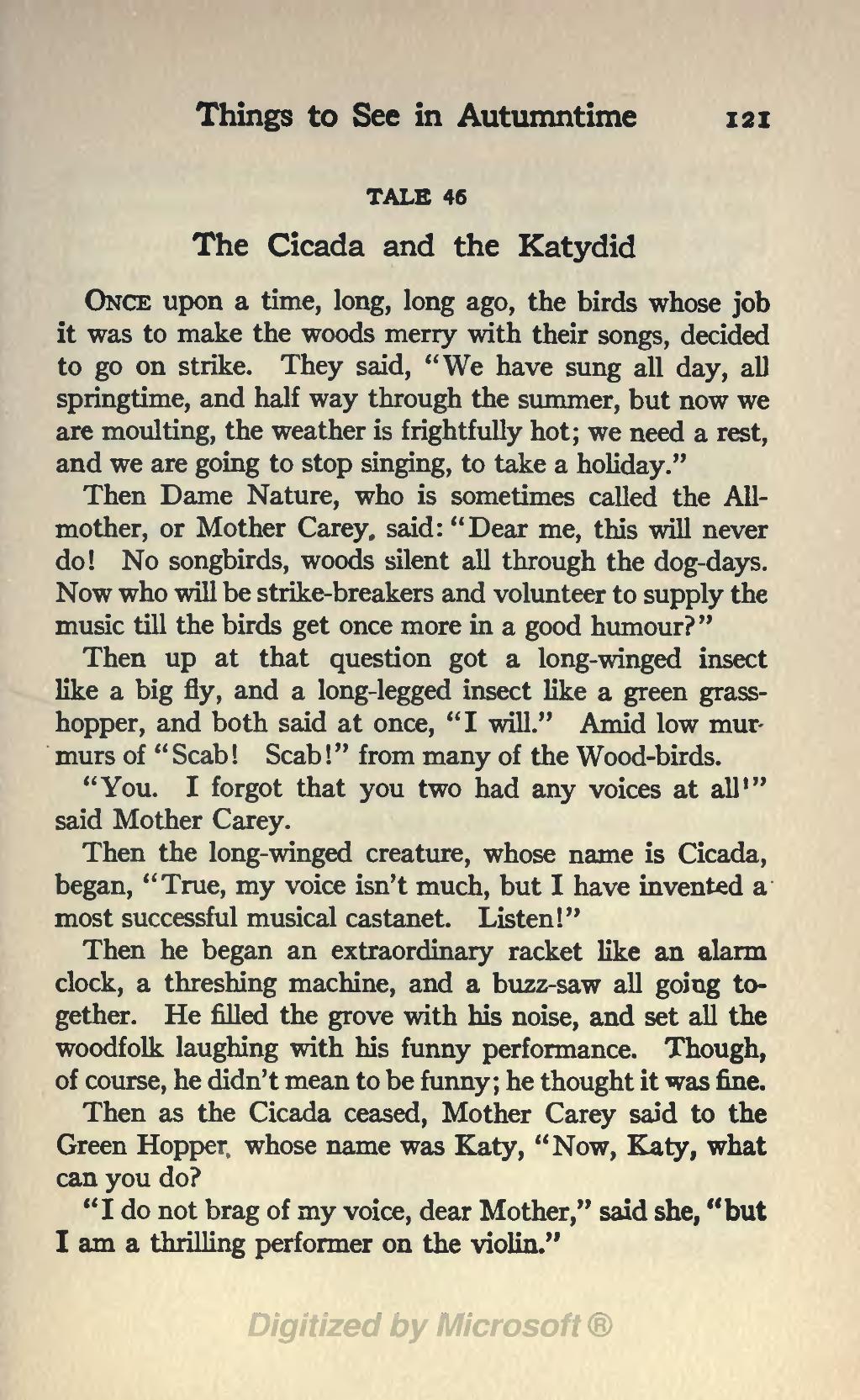