“Wa-wa-wa”, said the Gitchee O-kok-o-hoo, with great effort and only for a few heart beats.

And this is why the Indians give to this smallest of the Owls the name of “The Water-dropping Bird”, who was once the greatest of all creatures, but is now shrunk to be the littlest of the Owls, because he became proud and forgot the Great Spirit.

Once upon a time there was a rich boy, who knew all about the city, and nothing about the woods. He went for an outing into the wilderness, and got lost. He wandered all day until he was very tired and hungry. The sun was low when he came to a little pathway. He followed it, and it led to a small log cabin. When he knocked, an old woman opened the door. He said, “Please, Ma’am, I am lost and very hungry, will you give me something to eat?”

The old woman looked sharply at his clothes, and knew ..text continues 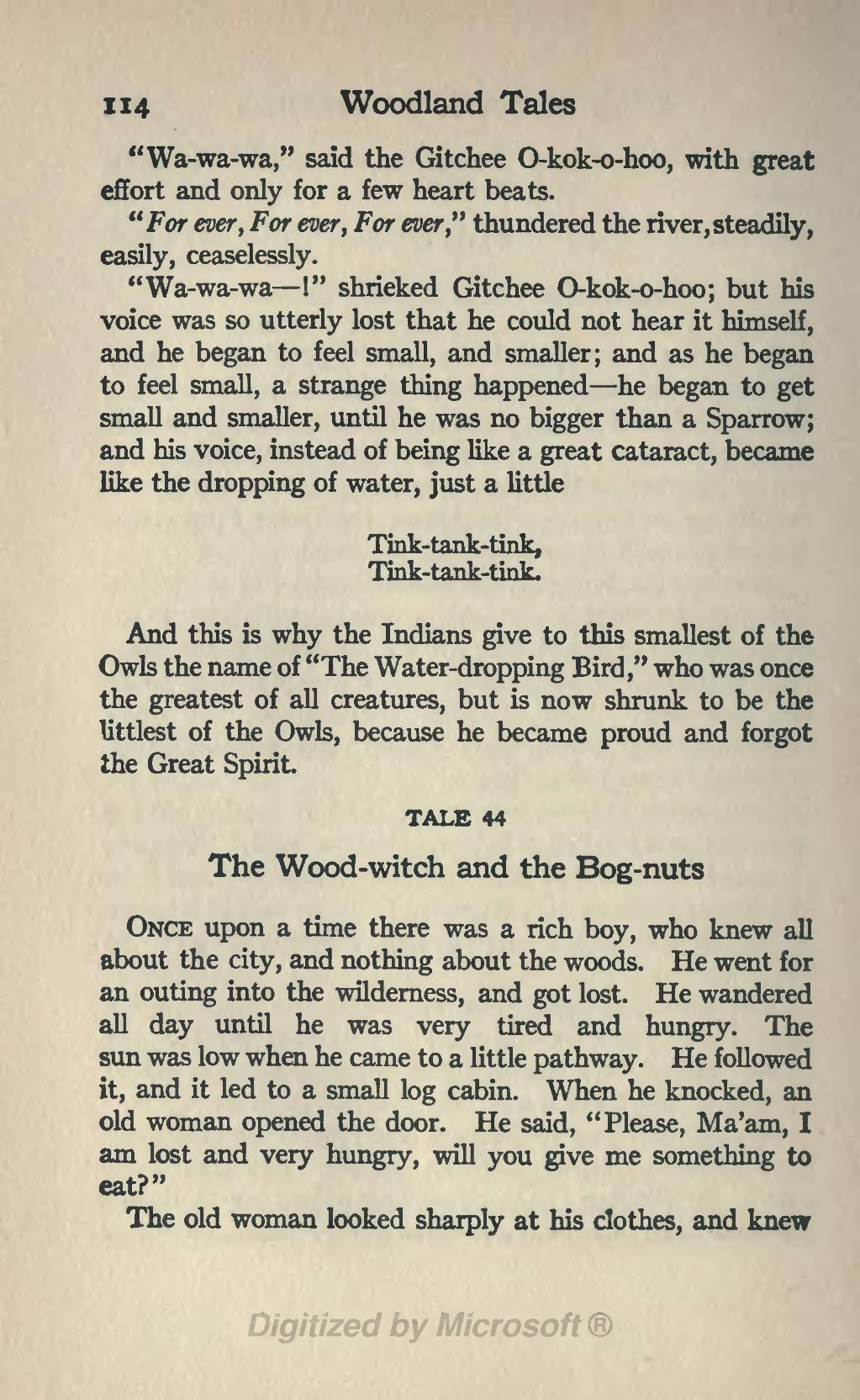