… manners, and yet most of them have a good little heart inside.

How the Littlest Owl Came

After the Great Spirit had made the world and the creatures in it, he made the Gitchee O-kok-o-hoo. This was like an Owl, but bigger than anything else alive, and his voice was like a iiver plunging over a rocky ledge. He was so big that he thought he had done it all himself, and he became puffed up. He forgot the Great Spirit, who decided to teach him a lesson in this wise:

He called the Blue-jay, the mischief-maker of the woods, and told him what to do. Away went the Blue-jay to the mountain at the top of which was the Gitchee 0-kok-o-hoo making thunder in his throat. The Blue-jay flew up to his ear, and said: “Pooh, Gitchee O-kok-o-hoo, you don’t call that a big noise! You should hear Niagara; then you would never twitter again.”

The Gitchee O-kok-o-hoo was so mad at hearing his big wonderful song called a twitter, that he said: “Niagara, Niagara! I’m sick of hearing about Niagara. I will go and silence Niagara with my voice.” So he flew to Niagara while the Blue-jay snickered and followed to see the fun.

When they came to Niagara the mighty cataract, the Blue-jay said, “Now, Gitchee, you can beat that I am sure”. So Gitchee O-kok-o-hoo began bawling to drown the noise of it, but could not make himself heard. 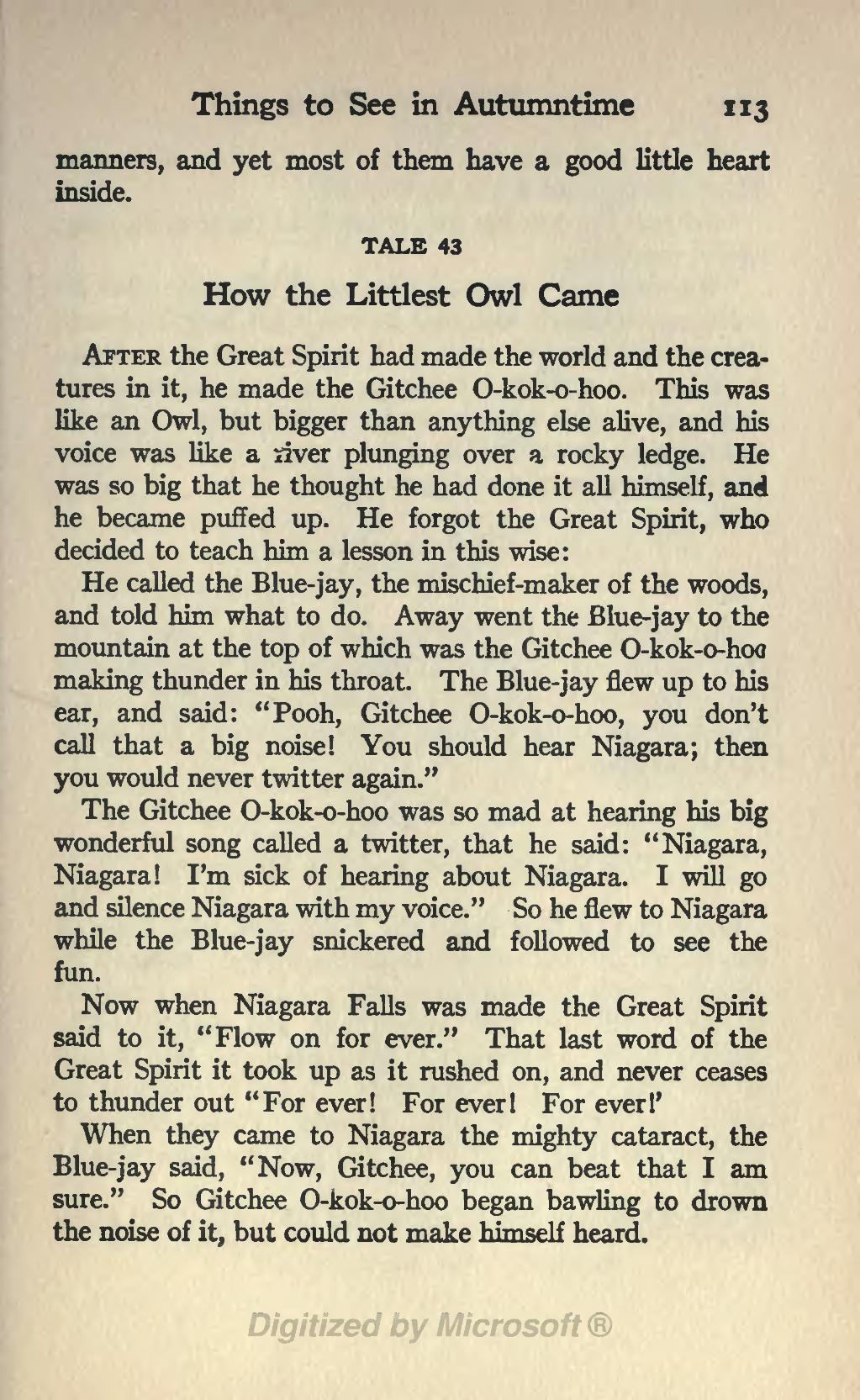