zo6 Woodland Tales called 'crazy.* And from what I know of Mother Carey, you will probably have to stick it out here all through the snow, not only now, but in every winter after this; so you may as well make the best of it." This was sad news for the Chicadee Tomtits; but they were brave httle fellows, and seeing they could not help themselves, they went about making the best of it. Before a week had gone by they were in their usual good spirits again, scrambling about the snowy twigs, or chasing one another as before. They were glad to remember now that Mother Carey said that winter would end. They told each other about it so much that even at its beginning, when a fresh blizzard came on, they would gleefully remark to one another that it was a " sign of spring," and one or another of the flock would lift his voice in the sweet Uttle chant that we all know so well: J2: Spring soon Another would take it up and answer back: ZX -© — e- Spring com - ing and they would keep on repeating the song until the dreary woods rang again with the good news, and the wood-people 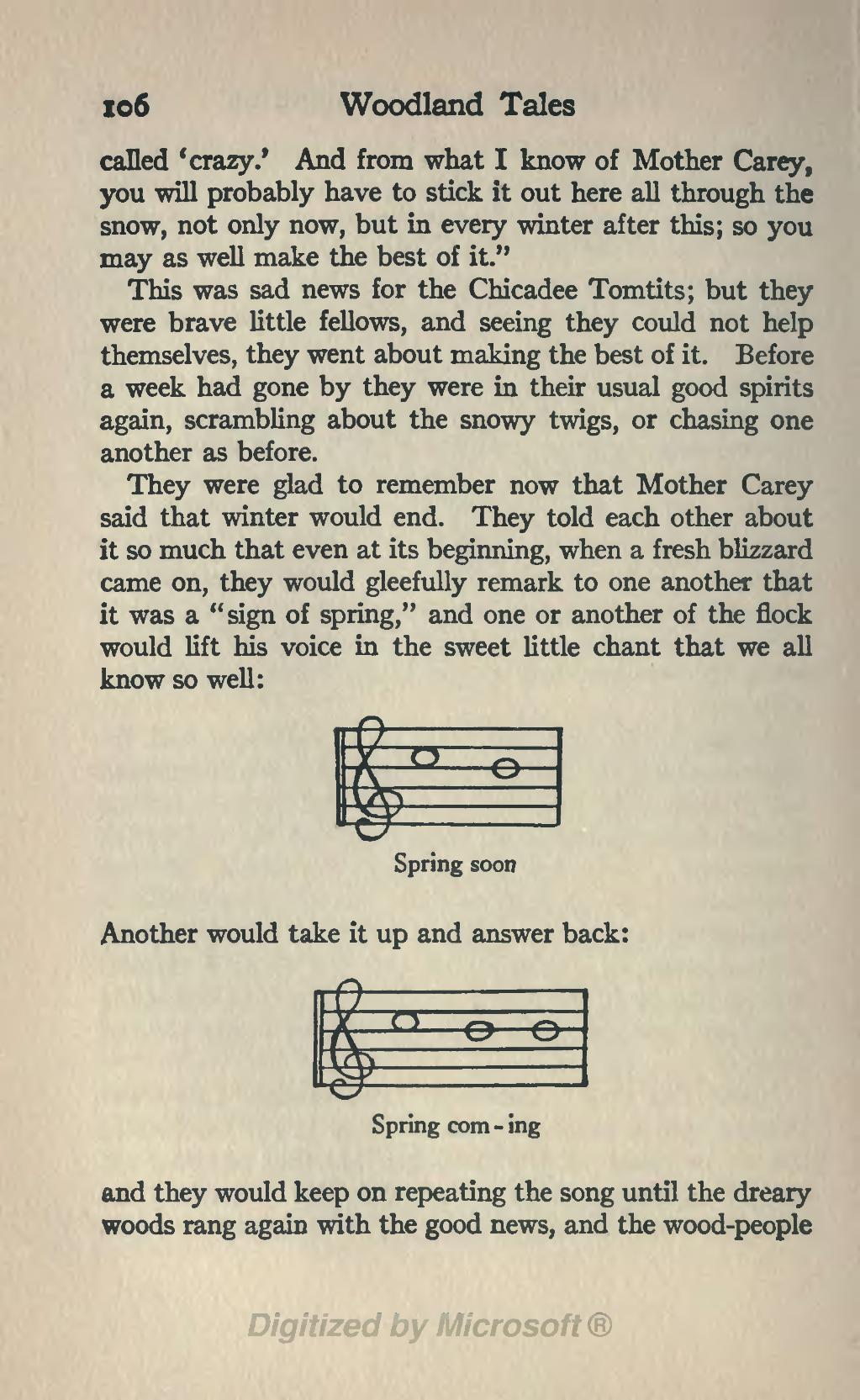