Things to See in Autumntime 105 But their cousins were quite serious. They picked out wise leaders and formed themselves into bands. They learned that they must follow their leader, they must twitter as they flew in the darkness, so as to let those behind know where the leaders were; they must follow the great rivers southward; they must wait for a full moon before starting, and never travel by day. The noisy, rollicking Chicadees continued to make fun of their cousins as they saw them now gathering in the woods along the river; and at length, when the moon was big, bright, and full, the cousins arose to the call of the leaders and all flew away in the gloom. The Chicadees said that all the cousins were crazy, made some good jokes about the Gulf of Mexico, and then dashed away on their favourite game of tag and tumble through the woods, which, however, did seem rather quiet now, and bare of leaves; while the weather, too, was certainly turning uncomfort- ably cool. At length the frost and snow really did come, and the Chicadees were in a bad way. Indeed, they were frightened out of their wits, and dashed hither and thither, seeking in vain for some one to set them aright on the way to the warm land. They flew wildly about the woods, till they were truly crazy. I suppose there was not a squirrel-hole or a hollow log in the neighbourhood that some Chicadee did not enter to inquire if this was the Gulf of Mexico. But no one could tell anything about it, no one was going that way, and the great river was hidden under ice and snow. About this time a messenger from Mother Carey was passing with a message to the Caribou in the Far North; but all he could tell the Chicadees was that he could not be their guide, as he had other business. "Besides," he said, "you had the same notice as your cousins whom you 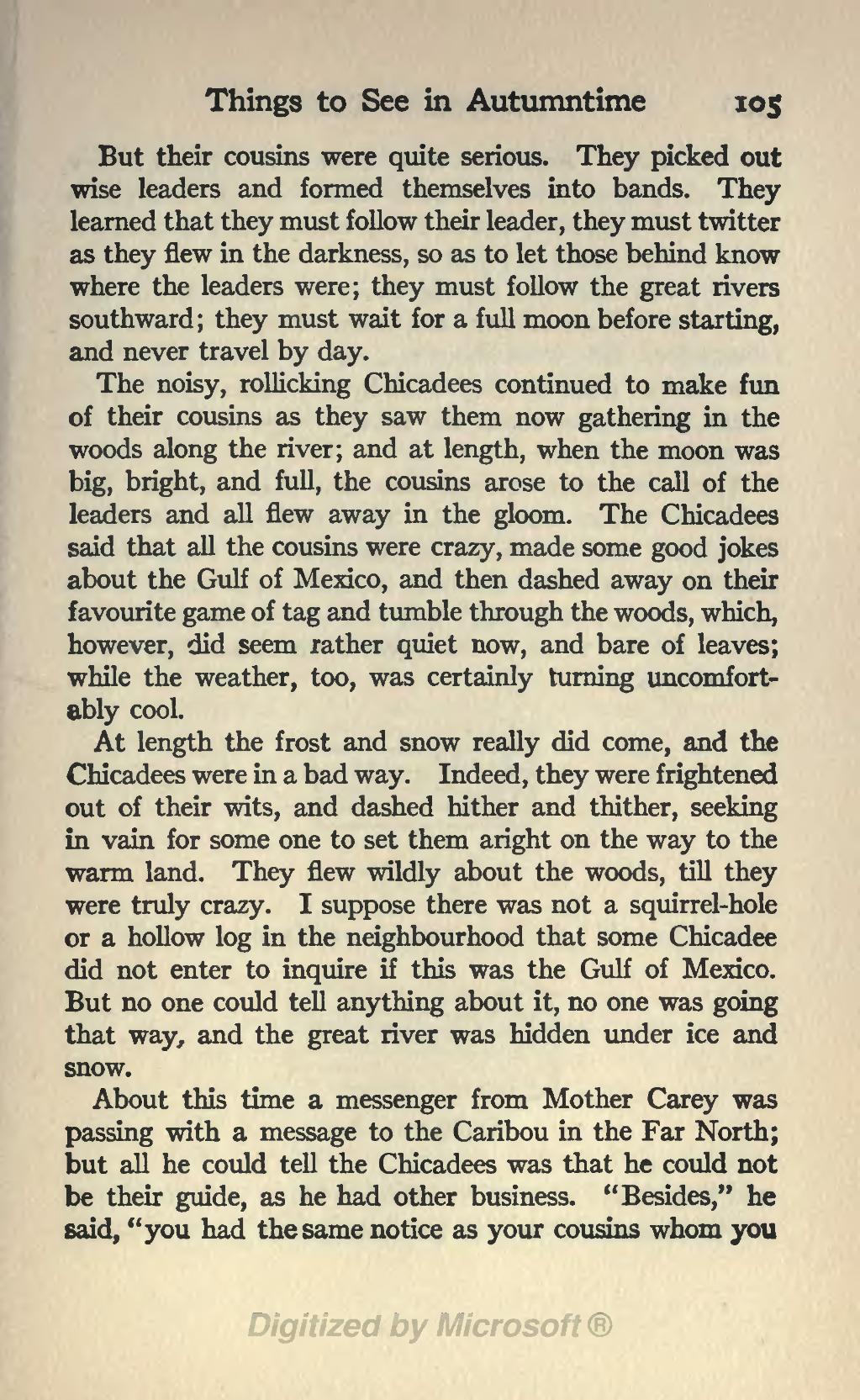