98 Woodland Tales to have the happiness of looking on. But when he came slowly forward, and the old Chipmunk saw him waving his horns and looking like a green poisonous reptile, she screamed, "Run, my children!" and all darted into their hole while Mother Chipmunk stuffed up the doorway with earth. But the most thrilling thing of all that he saw was one day as the sun went down, a winged being of dazzling beauty alighted for a moment on his hickory tree. Never had the Horn-devil seen such a dream of loveliness. Her slender body was clad in rose velvet, and her wings were shining with gold. The very sight of her made him hate himself, yet he could not resist the impulse to crawl nearer, to gaze at her beauty. But her eyes rested a moment on his horrible shape, and she fled in fear, while a voice near by said: "The Spang- led Queen does not love poisonous reptiles." Then the poor little Horn-devil wished he were dead. He hid away from sight for three days. Hunger however forced him out, and as he was crawling across a pathway, a man who came along was going to crush him underfoot, but Mother Carey whispered, "No, don't do it." So the man let him live, but roughly kicked the worm aside, and bruised him fearfully. Then came Mother Carey and said: "Well, little ugly worm! Is your spirit strong, or angry?" The worm said bravely, though feebly: "Mother, Mother Carey, I am trying to be strong. I want to win." The breezes were losing their gentle warmth when Mother Carey came to him one day, and said: "Little one, your trial has been long, but it is nearly over. "Prepare to sleep now, my Uttle homy one, you have fought a brave fight; your reward is coming. Because your soul has been made beautiful by your suffering, I will give 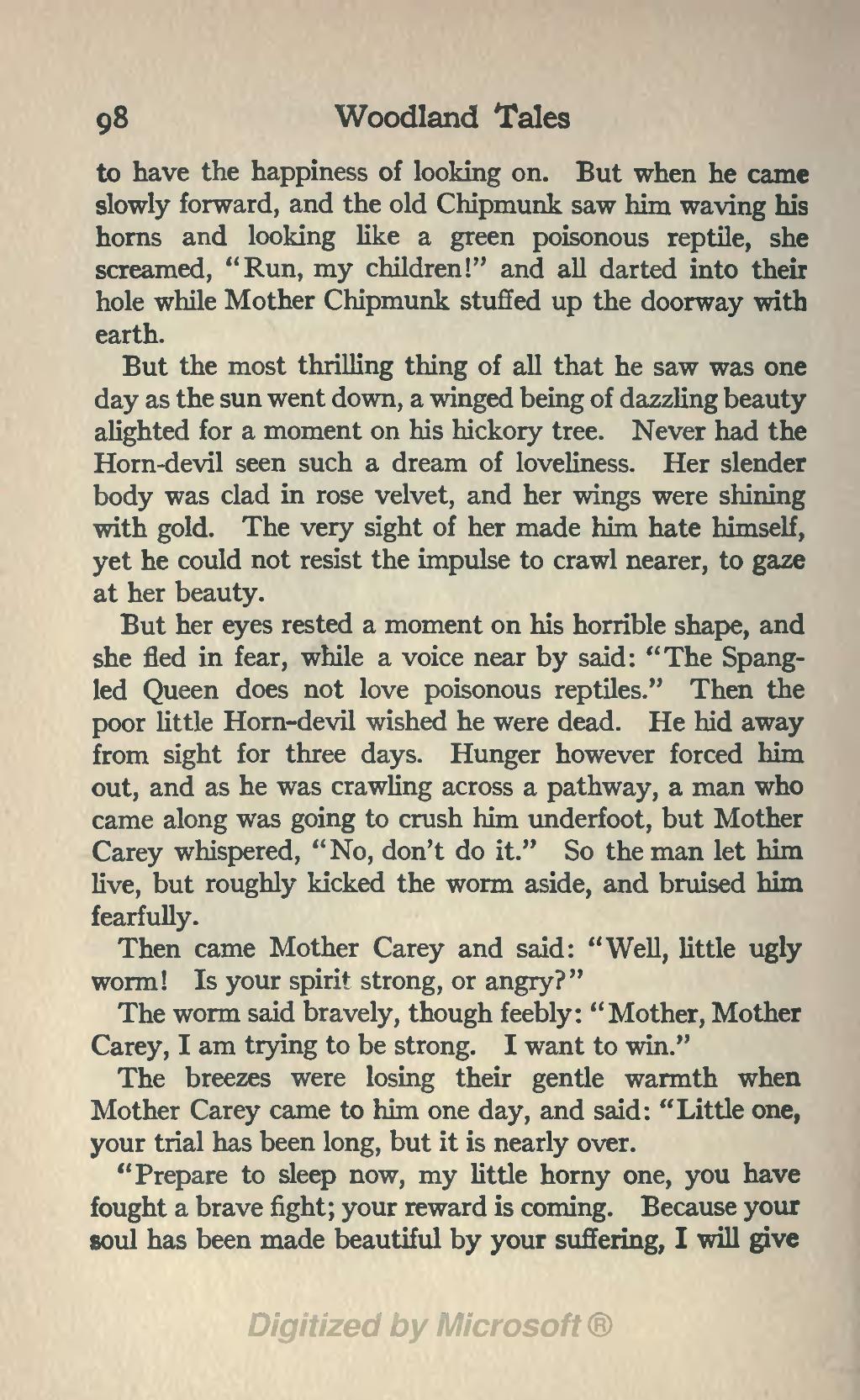