Things to See in Summertime 99 you a body blazing with such beauty as shall make aU stand in adoration when you pass." Then Mother Earth said, "Our little one shall have extra care because he has had extra trials." So the tired little Horn-devil did not even have to make himself a ha,mmock, for Mother Earth re- ceived him and he snuggled into her bosom. As Mother Carey waved her wand, he dropped off asleep. And he slept for two hundred days. Then came the great Awakening Day, the resurrection day of the woods. Many new birds arrived. Many new flowers appeared. Sleepers woke from underground, as Mother Carey's silent trumpeters went bugHng ahead of her, and her winged horse, the Warm Wind, came sweeping across the meadows, with the white world greening as he came. The bundle-baby of the Horn-devil woke up. He was cramped and sleepy, but soon awake. Then he knew that he was a prisoner, bound up in silken cords of strength. But new powers were his now, he was able to break the cords and crawl out of his hole. He put up his feelers to find those horrible horns, but they were gone, and his devil form fell off him like a mask. He had wings, jewelled wings! on his back now. Out he came to fluff the new- found wings awhile, and when they were spread and supple he flew into the joyful night, one of the noblest of all the things that fly, gorgeous in gold and velvet, body and wings; filled with the joy of Hfe and flight, he went careering through the soft splendour of the coming night. And as he flew, he glimpsed a radiant form ahead, a being Uke himself, with wings of velvet and gold. At first he thought it was the Princess of the Hickory Tree, but now his eyes were per- fect, and he could see that this was a younger and more beautiful Spangled Princess than the one of his bygone life, and all his heart was filled with the blazing fire of love. 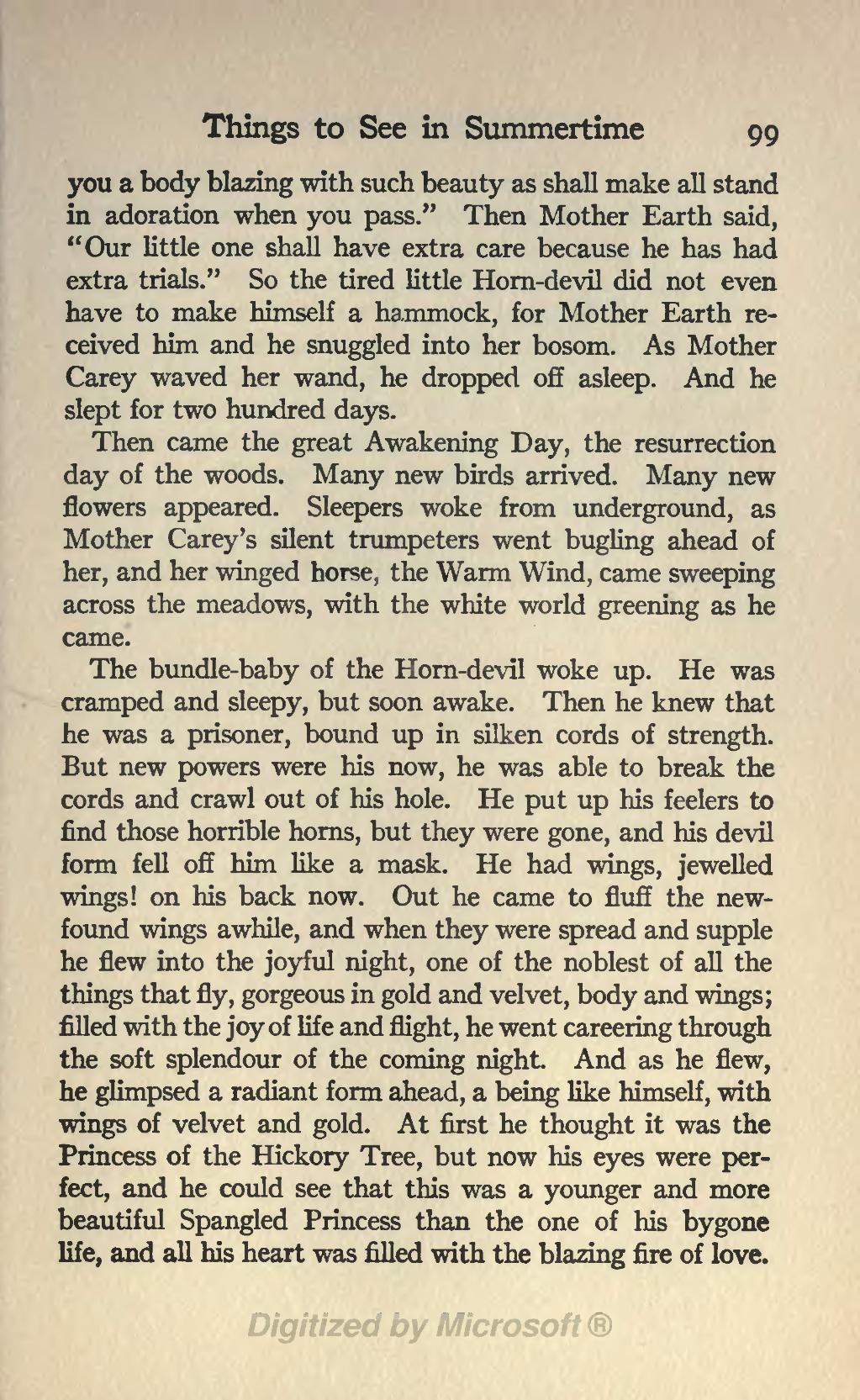