in every part and thought. But his people would none of it. They laughed at the Rugged Boy who was unlike themselves, and he died in obscurity.

Long after, a Stranger came from a far country and discovered this great statue of living rock in its native hills. He said, “This is the work of a Giant”, and he sent others to see, till all the world knew and some understood, and others wrote learnedly about the colossal masterpiece.

One day there came a Critic who was kindly disposed toward the great statue. He said it was “good, quite good,“ but he regretted its clumsy workmanship, its poor technic. So he set himself a lifetask. He began on one of the huge rugged bumps that stood for the statue’s fingers, and he filed and he polished, and ..text continues 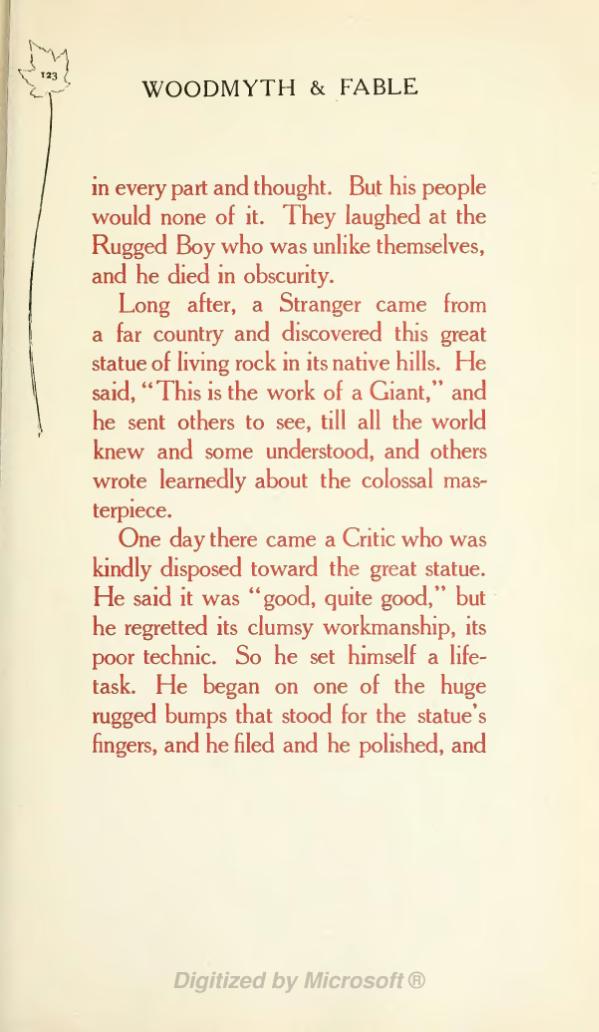