There was once a burly, big-chested Peasant Boy who had an idea. He was full of it, mad to express it; but he did not know how. He went to a rugged mountain-side one night when his work was finished, and he saw a great crag standing out by itself. Then a plan came. He went every night and worked at this mass of living rock till he had shaped his idea in stone. It was rough and chiselgrooved, unskilfully worked, for he was no mason, but the main thought was there — the lines of a superb and colossal human form. The pose, the expression, the grandeur of the conception, were noble, as it loomed against the sky, and the message of the maker was big — big ..text continues 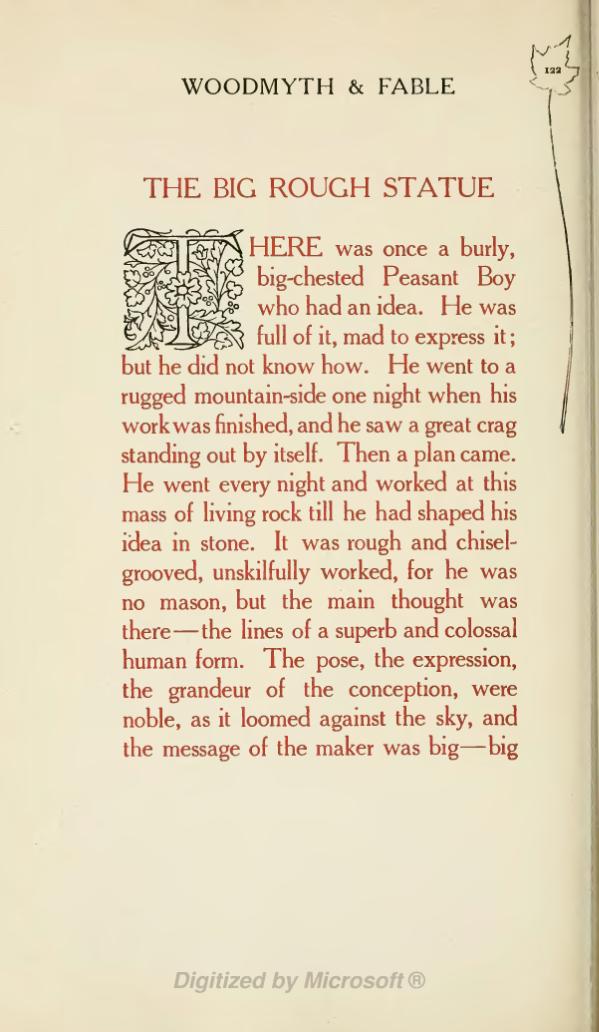